As the father of three boys under the age of seven who works for a company dedicated to enriching women’s lives and committed to being the corporate leader to end domestic violence, I’ve been shocked at the number of times I caught myself thinking one of these things.  I thought I would be different!  Better, maybe.  I expected myself to at least be more sensitive. Thank God I stopped myself before the words crossed my lips.

If we really want to end domestic violence – we have to stop it before it starts.  And that begins, frankly, with men.  Men have to own violence against women as a man’s issue – a man’s problem.  We have to get to the next generation of men – boys my sons’ age – and change the way they and we look at women and look at ourselves.

That’s a big task!  So, where do we start?  I say, let’s start with something small that speaks volumes.  In the spirit of Father’s Day, let’s embrace the gift of parenthood and the obligation and duty we have to raise our children – the next generation – to be better than we are.  Let’s begin by taking on a simple phrase – one we’ve all heard a million times – or maybe we’ve said it.  It’s time re-define, re-think and re-frame what it means to be a man and what it means to “MAN UP.”

Please watch our video and join us!

Today's blog post is from Crayton Webb, Mary Kay Vice President of Corporate Communications and Corporate Social Responsibility. Crayton oversees the company's global media and public relations team and is also responsible for Mary Kay's global CSR and philanthropic efforts. Crayton is chairman of the men's auxiliary for Genesis Women's Shelter in Dallas, HeROs (He Respects Others), and was recently appointed to the board of the Texas Council on Family Violence in Austin, Texas.  Follow Crayton on Twitter @craytonwebb. 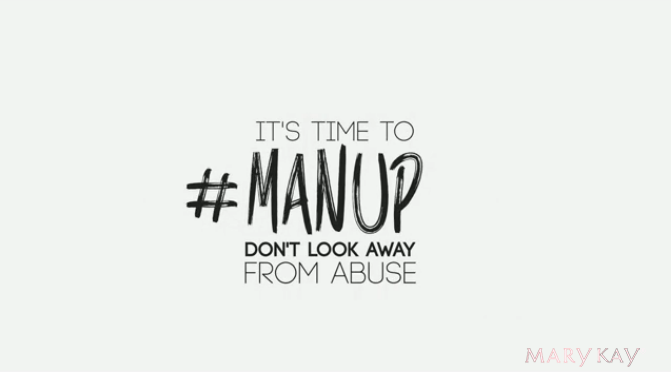