Maven Gig Delivers the Shared Economy in an EV

GM’s car-sharing brand Maven recently expanded to include Maven Gig, an enabler for the sharing economy. This new platform provides the Chevrolet Bolt EV to freelance gig drivers who do not have access to a vehicle. The service supports people maximizing their earning potential, while helping add more electric vehicles to the streets.

The gig economy allows people to work when they want and Maven Gig helps them make the most of each driving opportunity. Through a weekly rental of a Bolt EV for $229, drivers get unlimited miles, charging (no fuel costs), maintenance and insurance to meet every delivery.

The gig economy is based on short-term contracts or freelance work – think delivering packages, people or lunch – facilitated through popular ridesharing apps or delivery services. People getting their side hustle on may drive Lyft passengers for a few hours before dropping off lunch with GrubHub. Deloitte expects the number of gig employees to rise to 54 million worldwide by 2020.

The gig economy often benefits communities. One Maven member was living in a homeless shelter in Detroit after losing his apartment. He now drives for a ride-hailing app full time. Living with a friend, he’s now saving money for his own place.

Maven Gig is the only agnostic platform that allows gig drivers the freedom to switch between several brands, services and gigs. The service works with Uber, Lyft, GrubHub, Instacart and Roadie, and is available in San Diego to start.

Since Maven’s launch in January 2016, more than 35,000 members have driven more than 115 million miles through 45,000 reservations. The service recently deployed more than 100 Chevrolet Bolt EVs into car-sharing and ridesharing services in California. 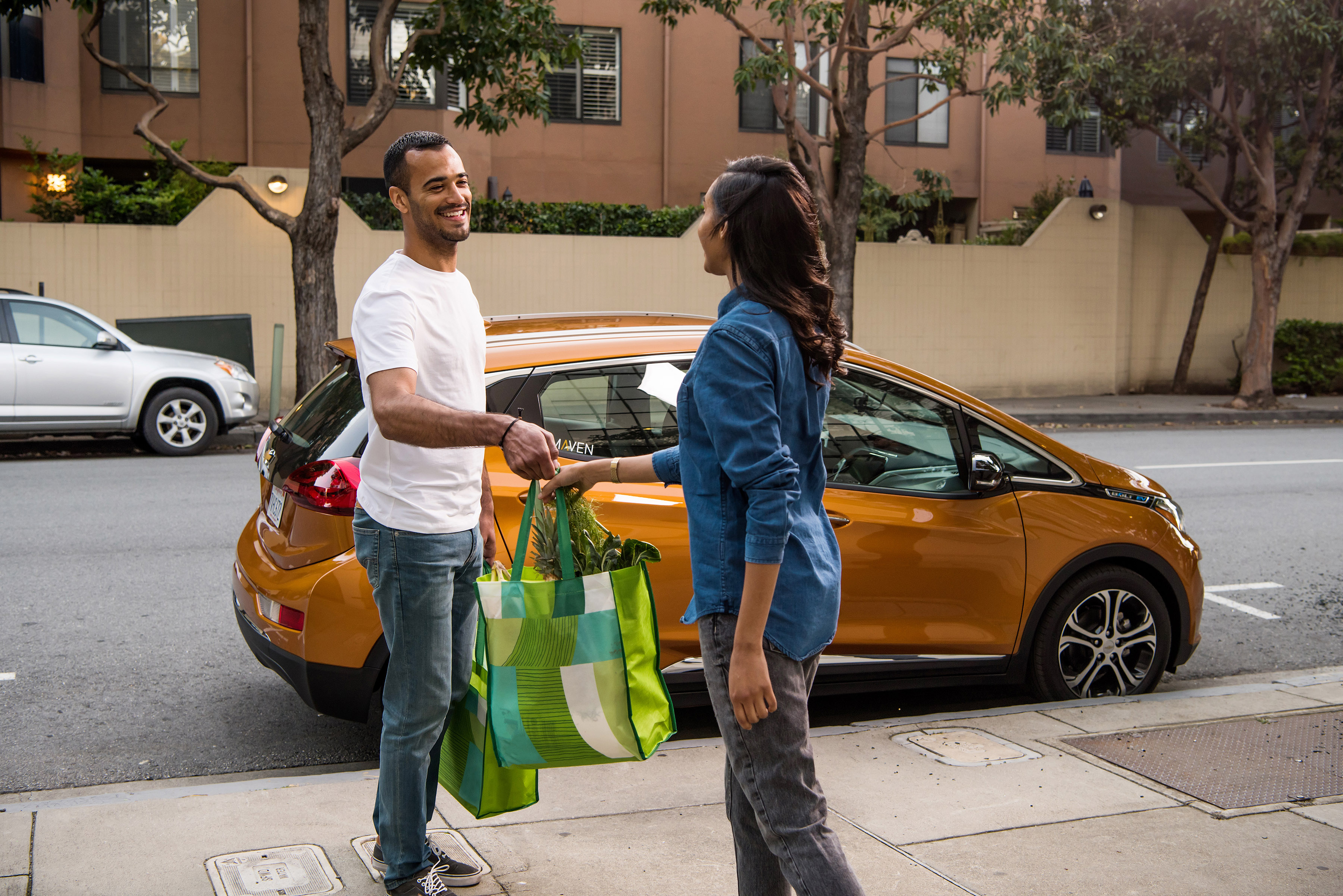