Kisa joined Generation’s customer service program in San Francisco in 2016. After graduation she got a job as a porter at the Zuckerberg San Francisco General Hospital and Trauma Center.

Love in the midst of craziness

Kisa comes from Bayview-Hunter’s Point, a tough neighborhood that’s been described as “the San Francisco America pretends does not exist”. As Kisa says, “I grew up in the midst of a lot of craziness.” But her parents’ love and guidance set her on the right path. “My family has been a great support system, always encouraging me to go forward. My father taught me to be organized and got me to think about the deeper things in life.”

Why not look higher?

Kisa went out and found a job as soon as she left school—and found another one to work on her off days. She cycled through several such jobs. “I was at 30 different jobs. It was pretty tough, and my days were always long and busy.” Then a manager at Goodwill San Francisco suggested she apply to Generation, as a pathway to career growth and stability. “I said, I already got a lot on my resume, but why not look higher?”

Boosting my confidence, building my skills

Generation surprised Kisa. “I was expecting to sit listening to lectures—but Generation was all about practicing real situations in role plays.” Kisa learnt how to deal professionally with an upset customer and not to let their mood change her mood. She also practiced interviews and workplace interactions. “Generation helped me raise my ambitions, and gave me the confidence to walk into a workplace knowing ‘I can get this job’.”

I can see myself progressing

After graduating from Generation, Kisa applied to join the Zuckerberg San Francisco General Hospital and Trauma Center. The interviewer told her: “You look like you own the job!” A few months into her role, she delights in bringing a smile to patients’ faces, and reports that her hours, pay and benefits have improved. “The pay is really good, and I just got my first raise!” She continues to look higher: “I can see myself progressing here—I want to be a supervisor one day. And I’m saving up to buy my own condo.” 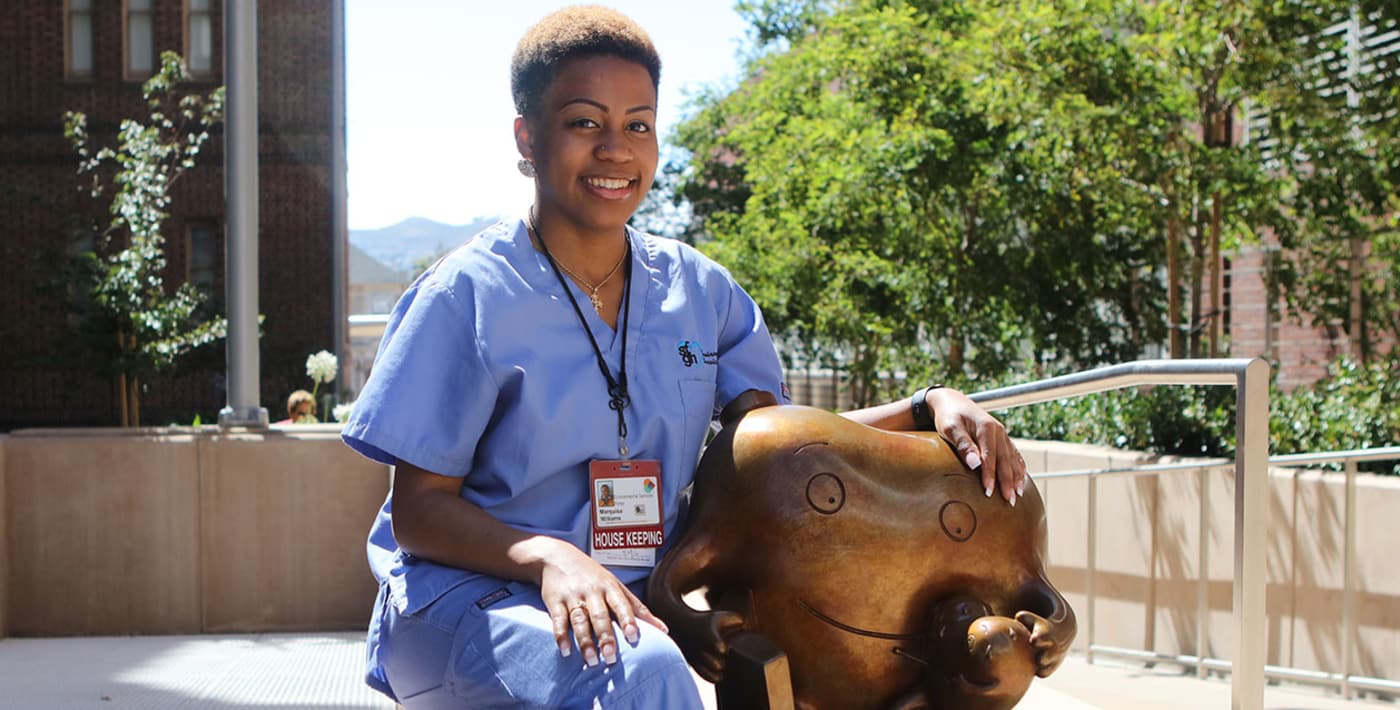