What happens when three bright and motivated women put their heads together to brainstorm new approaches to challenging problems? Major creativity and production.

The women bonded as self-described “non-geeky working mothers,” balancing work and home life, worrying about their kids and world events. Before long, they were coming up with ideas to help HP make the world a better place. Of their 15 invention disclosures, several are now in the process of being turned into patent applications.

It all started when they were randomly paired on a team at a workshop attended primarily by men.

“Last year we were at an intellectual property workshop in Vancouver,” Jensen explained. “We were the only women in a group with about 20 men. Toward the end of the workshop, small teams of three to four people were randomly created to keep working together to generate ideas. Somehow, Sharon, Veronique, and I ended up together.”

“We got talking and realized that with technology being so male-dominated, a team of women can bring new perspectives to inventing new products. The game was on!” added Dawson.

They named themselves the Kick Ass Team. After settling on the perfect team name, they set aside time from their day jobs—Baudon is head of partnerships for the Wearables program, Dawson is a software program manager, and Jensen is an industrial designer—to work on new ideas, finding time in their busy schedules because they think it’s important for them and for HP.

The Team's Keys to Success
“Women bring a different spin to innovation,” said Baudon. “This is an exciting time as we see more women getting involved in innovation and technology and politics. We’re motivated by the things going on around us in society and in our homes, things that are touching our families. We want to change the world.”

Along the way, the three women have learned some valuable lessons that they believe are key to success in business and technology.

1. Learn As Much As Possible
One of the first things is to learn as much as possible about creating invention disclosures (a report from a scientist or engineer for a company to use to decide whether or not to pursue a patent) and potentially, patents.

“I’m in Palo Alto, Calif., and Kimi and Sharon are in Vancouver, Wash. We get together using Skype about one or two hours a week. We decide on a problem we want to solve and then start brainstorming. We focus on HP’s and the CTO’s goals and also on how we think technology can serve and protect our families. Once we have an idea that sticks, we add originality and diversity, cook it for 30-45 minutes, and write it down,” explained Baudon when asked about their process.

“We set a rule that when we’re brainstorming, no apologies are allowed. There is no such thing as a bad idea. We just build on the idea until something valuable emerges.”

“There is no hierarchy on our team. We are not judgmental and work at the same level. That makes it really fun,” said Jensen.

2. Get a Great Mentor
Mentorship has been an important part of the team’s success. From the start they worked with Terry O’Shea, an HP Fellow in the CTO office leading development efforts in wearable technologies.

“Terry has been great, he created the IP harvesting program where we collaborated,” Baudon said. “Sometimes we’ve gone into areas where we didn’t have expertise, and Terry connected us with people who were willing to work with us. All of these connections were really useful. Everyone we ask helps us. And Terry showed us other things, too, like how to do process flow charts and the right symbols to use on drawings.”

“He also helped set our expectations correctly,” said Dawson. “Only a few invention disclosures become patents. Rejection is hard, but we ask for feedback so we can learn and then we move on.”

“As women, we’re often having to prove ourselves to get a seat at the table. I think we’ve done that,” said Dawson referring to how the women chose their team name.

Cheers to Dawson, Jensen, and Baudon who continue to kick ass as professionals, mothers, and inspire others in STEM. 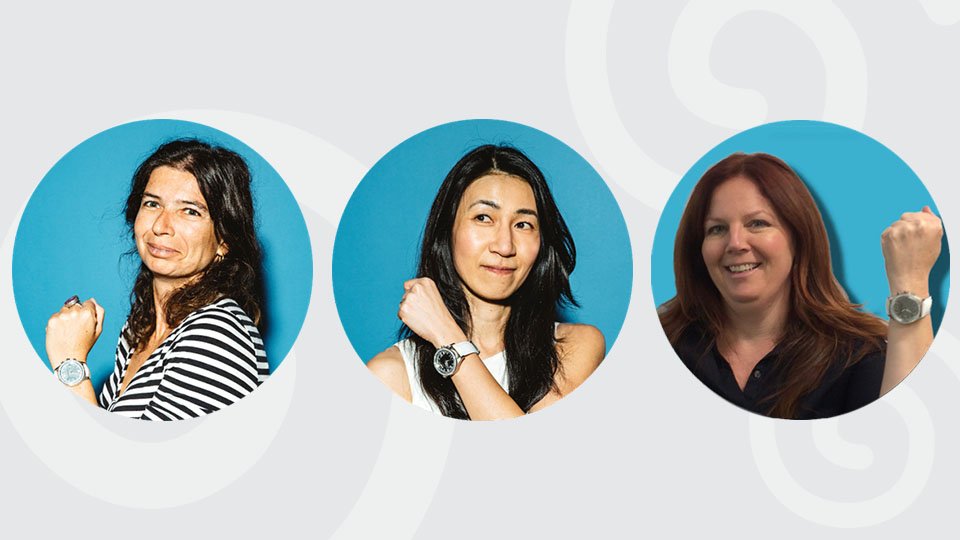