Merging Business and Basketball to Coach a Championship-Winning Team

Every year during March Madness, fans unite to cheer on their favorite teams as they play in college basketball’s biggest tournament. Madness aside, fans look to one person to lead their team to the championship title — the coach. While March Madness takes place only once a year, coaching a winning team in the business world is a year-round job. Leading a team to victory means coaching employees through mistakes and applauding their successes, among other key strategies.

A successful team must have a strong foundation; that foundation starts with a coach who cares about the success of the team and the wellbeing of its members. According to Forbes, when team members feel their boss has their best interests at heart they’re more likely to look out for one another. Duke University’s basketball coach, Mike Krzyzewski, said it best: “Teamwork is the beauty of our sport, where you have five acting as one. You become selfless.” Once the team’s foundation is solidified, leaders must instill the company’s mission so that employees’ work at every level aligns with the organization’s values.

No matter how experienced the team, or whether it’s made up of basketball players or business professionals, mistakes are inevitable. One missed basket doesn’t always mean the loss of a game, and sometimes losses are crucial learning experiences. Turn mistakes into learning opportunities and show employees how to utilize their skills in new ways. It’s not about how many errors are made; instead, it’s how leaders and coaches handle them, use these losses to strengthen the team as a whole and move forward.

Coaches – both of basketball and businesses – also need to be able to remain flexible, according to Fortune magazine. It’s hard to predict every outcome, which means crafting the perfect plan is almost impossible, even if we know our team members’ strengths. Sometimes it’s more valuable to take risks. When leading a team with trust, we can ensure team members won’t second-guess the best possible moves for the team — on the court and beyond.

It’s critical that coaches recognize all members as integral parts of the team and value their contributions. Whether you’re leading basketball team or a group of employees, the goal of the coach is to facilitate productivity, encourage teamwork and improve team members’ quality of life.

What are some other ways that executives can coach employees to success? Share your ideas with us in the comments on Sodexo Insights.

Charlotte Jensen is CEO, Sports & Leisure, for Sodexo in North America. She is responsible for a business with $171 million in annual revenues that serves 50 client locations including Zoo Atlanta, Chase Center on the Riverfront, Baltimore Aquarium, Seattle Aquarium, the Museum of Science and Industry and COSI Columbus. 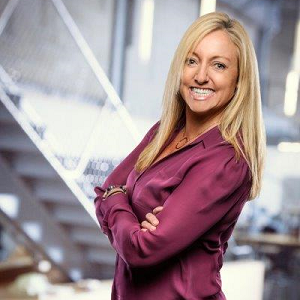