By: Deborah Roberts
Mar 23, 2017 3:40 PM ET
Tweet This:
A brief history of the women warriors, in uniform and at home, who selflessly serve their country http://bit.ly/2mVrOoI @sodexoUSA
Blog
Proud to Serve

There have always been female warriors, and Women’s History Month is an appropriate time to remember them. While many civilians are aware that the number of women on active duty in all branches of service has risen dramatically, few know the extent of women’s service to our country, particularly in combat roles.

A small number of women have been in combat throughout American history—though  they had to disguise themselves as men and enlist under aliases. Deborah Samson Gannett from Plymouth, Mass., was one of the first. In 1782, she enlisted under the name of her deceased brother, Robert Shurtleff Samson, and served in the Continental Army during the American Revolution. She was wounded twice and cut a musket ball out of her own thigh, so a doctor wouldn’t examine her and find out she was a woman.

There are many more stories like this one. During the Civil War, Sarah Rosetta Wakeman disguised herself to enlist as Private Lyons Wakeman to fight for the Union. She died during the war in New Orleans. Her true gender was not known at the time of her death, her headstone reads Lyons Wakeman.  And, during the Mexican War, Elizabeth Newcom enlisted in the Missouri Volunteer Infantry as Bill Newcom and marched 600 miles to winter camp in Colorado before being discovered and discharged.

By the twentieth century, women were enlisting legally. Many women enlisted during World Wars I and II, and while they were not in combat roles, some died and others were prisoners of war. And in this century, women like then-Second Lieutenant Megan Turpin have seen combat and been honored for their courage under fire. Turpin received the Navy and Marine Corps Commendation Medal with “V” signifying valor. She was honored for leading her supply convoy through a “56-hour odyssey” in southern Afghanistan marked by rocket-propelled grenades, explosive devices and enemy gunfire. For her part, she said she had done nothing other than her job.

The share of female volunteers in the enlisted ranks has increased from 2 percent in 1973 to 14 percent today, according to a Pew report, while the percentage of female commissioned officers quadrupled from 4 percent to 16 percent over the same period, with a strong representation by African American and Hispanic women. An estimated 300,000 women have served in Iraq and Afghanistan, and female service members have earned more than 10,000 combat action badges, as well as Bronze Stars and at least 12 Bronze Stars with a “V” for valor, according to data gathered by the organization Women in International Security. The Bronze Star Medal may be awarded for acts of heroism, acts of merit, or meritorious service in a combat zone and it is the fourth-highest individual military award and the ninth-highest by order of precedence in the U.S. Military.

In an article in Psychology Today, Elisabeth Pearson Waugaman, Ph.D. nicely summarized what women warriors represent and what we can learn from them. She wrote,

“What do these women warriors, past and present, have to teach us? … They teach us about courage—what humans will do to stay with or to avenge their loved ones despite enormous hardships, what they will do to escape abuse and to better their lives, what they will do to help their families, what they will go through to prove that a few select women can be just as strong mentally and physically as a few select men in military training.  These women, past and present, are a testament to the desire for freedom, to the courage and the creativity of the human spirit, surmounting incredible odds to follow their loves, their dreams, and their beliefs. By showing men and women how much we are alike, they can help us embrace the complexity of gender and see one another as the same as well as different.”

Finally, there are another two groups of women warriors, rarely recognized as such: Many military spouses and many of the caregivers who provide support for wounded warriors are women. Often, when people marry and their spouse is in the service, they can be signing up for a lifetime of change, moves and deployments. Their support and wellbeing is critical to morale, which fortunately, the military understands and strives to address. Military installations offer some amenities and support, including the significant savings offered by commissaries, career counseling, legal assistance and other services provided to meet families’ needs. But they don’t make up for the loss of a day-to-day parent in the house. As one military wife put it, “Uncle Sam has notoriously bad timing, and he doesn’t send people home when their spouse is in labor or their kids have pneumonia. Military spouses accept this, and (here’s the best part), they carry on anyway.”

So, here’s to you, female warriors, in uniform and at home, who selflessly serve their country. We are proud to support you. 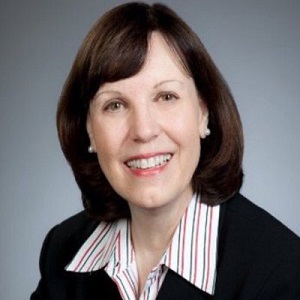