Today we were excited to announce that Red Wing Shoe Company — a global leader in the design, production and distribution of safety and lifestyle footwear as well as work-related footwear and apparel — has signed Solar Subscription Agreements for two NRG community solar farms in Minnesota’s Olmstead and Dodge counties.

When complete, the NRG Community Solar projects Red Wing is subscribed to will ultimately prevent 66,218 metric tons of carbon dioxide emissions from entering the environment — equivalent to eliminating 7.4 million consumed gallons of gasoline or 3,000 garbage trucks of landfill waste.

NRG is building the farms under the Xcel Energy Solar Rewards Community Program established in Minnesota in December 2014 through the same law that requires that Xcel source 1.5 percent of its electricity sales in the state from solar energy by 2020. The solar farms will deliver electricity into the local grid, and as a subscriber of 40 percent (the maximum permitted) of the 6-megawatt combined capacity, Red Wing will receive its share of electricity credits from Xcel on its utility bills.

The agreement, signed in December 2016, will subscribe Red Wing to roughly 4 million annual kilowatt-hours, approximately one-quarter of the company’s electricity consumption in Minnesota for its plants, warehouses, headquarters and other facilities. The anticipated bill credits associated with the community solar subscriptions will result in significant, long-term cost savings for the company.

“This partnership makes sense on numerous levels and we’re pleased to be working with a company leading the clean energy movement,” said Mark Urdahl, CEO of Red Wing Shoe Company. “It is the right thing to do for our planet and future generations, and it sets a positive example for our employees, customers and other stakeholders. What’s more, it provides more predictability and control in our energy prices without interrupting our business operations.”

The investment in renewable energy is part of Red Wing Shoe Company’s ongoing but increasing commitment to environmental sustainability. The business not only locally sources its high-quality, long-lasting products, but minimizes waste and relies on non-ozone depleting materials (for example, using an eco-friendly polyurethane alternative) as much as possible. Other recent efforts include changing much of the lighting in its production environments to energy-saving LEDs and renewing its sponsorship of the American Hiking Society to advance the enjoyment and preservation of America’s outdoor trails.

“Across Minnesota we are hearing the same strong message from businesses and residents alike: they want to be powered by affordable, renewable energy,” said Drew Warshaw, Vice President, Community Solar, NRG. “Community solar gives them that opportunity without having to put panels on their roofs. We are excited to have Red Wing as a long-term partner and to join forces with a company that stands for hard work, innovation and sustainability.” 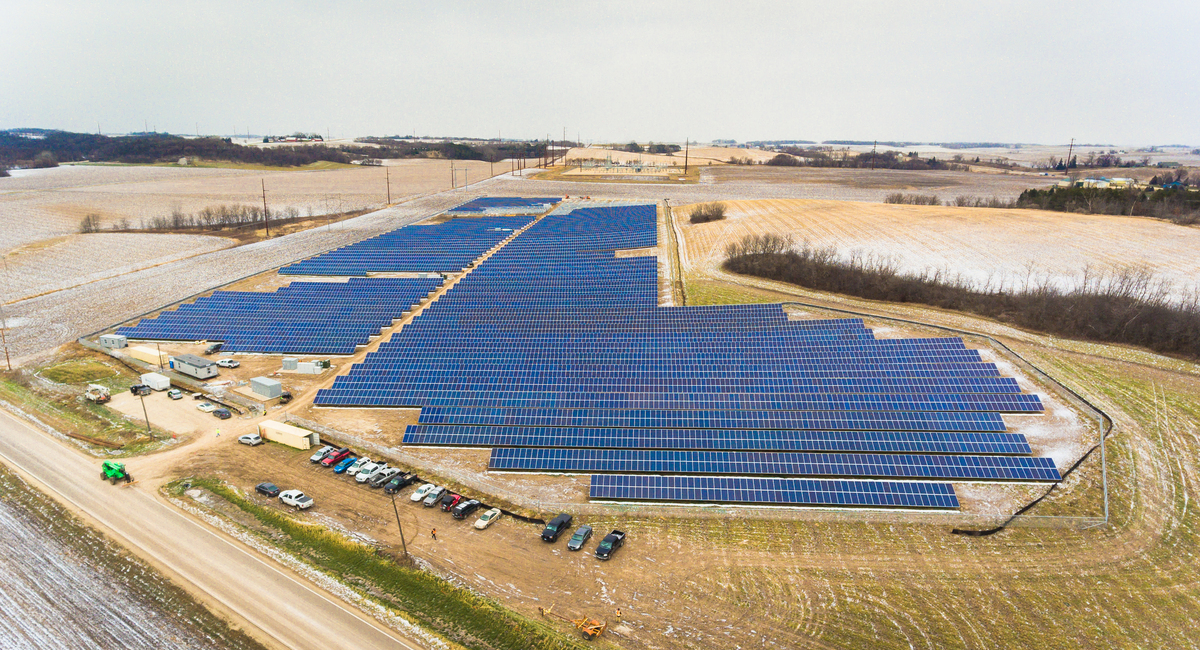