Shining a Light on Trade

Defenders of free trade need a better pitch amid growing skepticism of the global movement of goods.
Jul 22, 2016 3:30 PM ET
Tweet This:
Hey, don't be a hater: Want better products, more choices, and lower prices? Then free trade is for you. Here’s why. http://bit.ly/29y9dIt
Blog

As an idealistic graduate student, I was convinced that trade agreements were bad for everybody except large corporations.

I went to school in British Columbia, Canada, determined to show how trade exploited farmers, fostered inequality and stifled progress.

Then a funny thing happened: I proved myself wrong.

Confronted with the evidence – much to my disbelief – I discovered that free trade was liberating, not restraining. When done responsibly, trade expanded opportunity.

What’s more entrepreneurial than seeking out new markets for your goods and services? Through trade, I realized that the small business owner could compete with larger, more-established companies.

After much reflection, I had an epiphany: You can’t be pro-business and anti-trade.

As we see mounting hostility toward globalization, I’m reminded of my personal evolution on trade.

Here in North America, politicians of different stripes are scoring easy points by treating trade like their personal piñata. The fateful Brexit decision by voters in the United Kingdom reminded us of the uncertainty surrounding a world with fading borders.

That’s why it’s even more critical for proponents of trade to better explain the benefits of moving goods around the globe.

In many circles, we’re losing the argument – and it’s having potentially disastrous consequences.

Here’s the good news: Defenders of free trade can make traction by simply getting back to the basics.

What trade means for you

Many problems surrounding trade today are merely branding issues. We need a better collective understanding of how trade impacts our daily lives.

How would you respond to this scenario: Do you want better products, more choices and finally, lower prices for those items?

For most people, the answer is a resoundingyes.

If that’s the case, you just endorsed free trade – fair and open trade does all of those things.

Trade has become a common scapegoat, unfairly blamed for problems years in the making.

Many jobs are dependent on foreign markets, and people in a number of countries can only afford everyday items after they’re imported from elsewhere.

The country’s economy has flourished, in large part, through its prosperous trade lane with the United States.

Critics of trade agreements often rail against big government. What they forget is that healthy trade allows businesses to get big things done without government invention.

Trade fosters entrepreneurship, paving the path for the businesses of tomorrow.

That’s not to say trade today is perfect.

We can – and must – finalize better trade agreements, such as the Trans-Pacific Partnership (TPP) and the Transatlantic Trade and Investment Partnership (TTIP).

Trade for the 21st century

We’ve gotten better at matching trade commitments with the reality of the global economy.

However, outdated regulations are getting in the way of economic growth.

The North American Free Trade Agreement (NAFTA), for example, has benefited the entire region. But it hasn’t kept pace with the growth of e-commerce and lacks a modern approach to third party logistics and the movement of energy.

NAFTA doesn’t effectively address the movement of people, either.

Some consider NAFTA the senior citizen of trade agreements. It was designed for big players and neglected certain small and medium exporters.

The typical manufacturer still needs trade reforms to lower overall costs. This should come in the form of customs, regulatory and inspection improvements.

But we must acknowledge that the way we consume and produce goods in North America has changed dramatically.

Yes, some people have lost jobs to automation or other technological forces.

The issue of business and worker inclusion in global trade is a real problem. And we must get better at job training and displacement compensation.

We should improve trade – not gut it. Isolationist policies would harm, not empower, citizens around the world.

Many people assume that goods are simply manufactured in one country and exported to another. But cross-border supply chains in today’s marketplace involve multiple enterprises located in numerous sites around the world.

When leaders signed the first U.S.-Canada free trade agreement more than two decades ago, they imagined a hassle-free border where businesses on both sides could take advantage of the best available resources, knowledge and markets to generate cost savings through just-in time production.

Since then, heightened security, eroding infrastructure and red tape have forced businesses to shift to just-in-case production. They too often stockpile expensive inventory to hedge against border bottlenecks.

It’s en vogue to attack trade, but that doesn’t change where the world is heading. It doesn’t alter the facts of the case.

Trade is good for people. It’s also good for business. These are not mutually exclusive ideas.

Rather than trying to halt trade, let’s work to make it more representative of an-ever shrinking world so it better serves people and businesses in need of a 21st century approach to global commerce.

If presented with the evidence – like I was as a student – trade skeptics will see the light. And we’ll win one of the central arguments of our time.

Laura Dawson is the Director of the Canada Institute at the Wilson Center. Dawson is a speaker, writer and thought leader on Canada-U.S., NAFTA, TPP and international trade issues.

This article first appeared on Longitudes, the UPS blog devoted to the trends shaping the global economy. Subscribe here to receive new content. 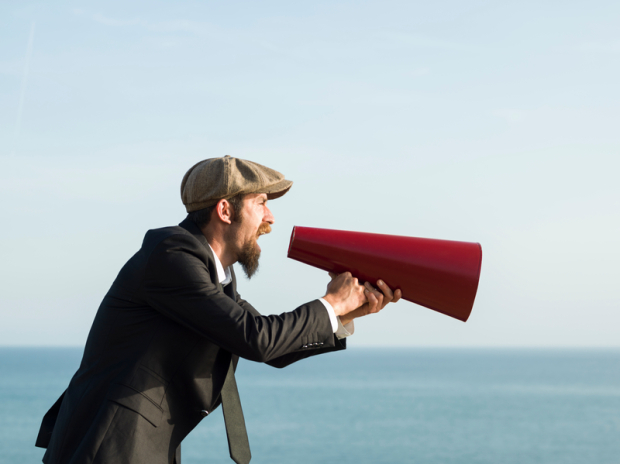