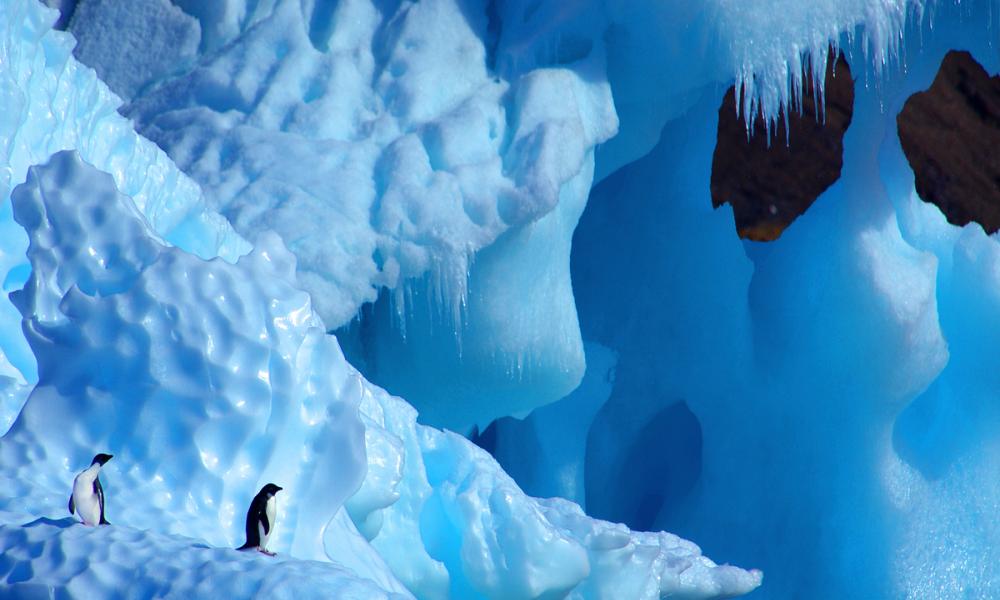 (3BL Media/Justmeans) In parts of the Antarctic peninsula, sea ice cover has reduced by over 60% in 30 years; and this has affected the Adélie penguins who are a vital part of the Antarctic food chain.

Tinder Urges Users To Swipe Away Selfies With Tigers (3BL Media/Justmeans) – Dating app Tinder has asked its users last month to stop using selfies with tigers on their profiles. “It’s time for the tiger selfies to go,” the company wrote in a blogpost. More often than not, these photos take advantage of beautiful creatures that have been torn from their natural environment. Wild animals deserve to live in the wild.”

(3BL Media/Justmeans) – The Great Plains is an agricultural factory of immense proportions, where the most important crop is wheat. However, in 2014, this region lost more acres of grasslands than the Brazilian Amazon lost to deforestation, according to the new 2016 Plowprint Report, from World Wildlife Fund (WWF).

(3BL Media/Justmeans) – Alarmingly, our planet’s resources are becoming ever scarcer. Key places that should be protected are coming under threat from harmful industrial activities.

The Road Beyond Paris: A Tale of Three Countries

(3BL Media/Justmeans) -Â Once the COP21 agreements are hammered out and signed, there will surely be celebration that the words point to commitments that whole world is finally taking the problem seriously and that the pace of progress will undoubtedly be increased. It wonâ€™t be perfect, but it will certainly be the best agreement weâ€™ve had yet.

Then there will be the morning after, when the partyâ€™s over, when we all wake up and get back to work and try to figure out, what exactly are we going to do now. Letâ€™s take a look at what some countries that, while clearly not the largest emitters, have taken action early and effectively, and therefore could be considered role models, have done.

Germany has perhaps been the most visible leader, making huge public commitments to solar power, despite not being in a particularly sunny locale. Germany, which is already receiving 28% of its electricity from renewables (more than they get from coal), set out on their journey back in 1991, by investing in a feed-in tariff that guaranteed that those homeowners installing solar on their property would see a financial benefit. The program, which came to be known as Energiewende, or Energy Transition, has led to the effective decoupling of carbon emissions from economic growth. Germany, the worldâ€™s fourth largest economy saw their economy grow by 1.5% last year, even as energy consumption fell. This notion of decoupling, which is beginning to take hold on a global scale, is crucial to a successful climate battle.

Germany has achieved this even as they took on the additional challenge of phasing out their nuclear program, in response to concerns over safety and received close to one million refugees. Consumers will bear some of these costs, but they are committed to leaving their children a cleaner, more sustainable world.

(3BL Media/Justmeans) â€“ Earlier this month, theÂ World Wide Fund (WWF) for Nature and theÂ Zoological Society of LondonÂ released their most comprehensive look at the state of life in the sea, which found that the amount of wildlife in our oceans has fallen by half in 45 years.

(3BL Media/Justmeans) â€“ Recent reports have highlighted how the planet is sadly losing some species due to climate change or loss of habitats, so itâ€™s a real good news story when scientists announce that they have discovered 139 new wildlife species in the Greater Mekong region!

(3BL Media/Justmeans) â€“ Environmental change, economic development and the constant demand for energy are profoundly affecting our planet. Probably for many of us, these concerns and challenges seem far away and not actually impacting our lives. Yet, they are. There is undeniable evidence that animals, birds and plants are being affected by climate change and global warming in both their distribution and behaviour.