For Frisco Pullom, an award from the Buick Achievers Scholarship Program meant the freedom to focus on his engineering education.
Sep 3, 2014 11:25 AM ET
Tweet This:
.@GM FastLane Guest Post: The @Buick Achievement http://bit.ly/1pIMiAJ
Blog
FastLane

When I first got the call from the General Motors Foundation asking me if I’d be willing to write about the impact that the Buick Achievers Scholarship Program had on me, I immediately felt that they had made the perfect choice. Not because I felt I was a more worthy recipient than anyone else who had won the award, but because I knew that the magnitude of the impact this award had on me was practically indescribable. To even attempt, I’ll need to briefly go over my story.

A few short weeks after my graduation from high school, I was entrenched in studies at one of the most rigorous engineering programs in the country. Being the first person in my family to attend college, and having no exposure to an environment anything like Kettering I had to work extremely hard to keep up. Really more so to catch up; because at the high school I attended we didn’t have hi-tech science labs and I couldn’t have told you the first thing about a Rockwell Hardness Test. However, the academic obstacles I faced were secondary to the financial burdens of a private school with tuition north of $30,000 a year. After working through my first two years I found myself with an account balance of almost $10,000 that had to be paid in full before I could continue my education. Tightening student loan criteria and a struggling economy left me with few options for continuing my education immediately.

The following three years of my life consisted of me working and holding fundraisers to attempt to pay off my account. Though my confidence wavered at times, with the help of family and friends I was able to do enough fundraising to pay off my balance. Walking into the student accounts office with the final check was a great moment for me. I was ecstatic that after three long years I would finally be able to register for classes. But the reality was that I still would have to find ways to pay for each semester or I could find myself in the same position. On top of that, my wife was a few months pregnant with our first child. With a newfound inspiration and motivation I spent the next four semesters working 20-30 hours a week, taking 20 credit hours at Kettering, and organizing a tuition fundraiser once a month to help pay off anywhere from $3,000-5,000 I owed out of pocket every semester.

When I turned in my application for a Buick Achievers Scholarship, I was a college student trying to balance an engineering curriculum with the responsibilities of fatherhood, which went far beyond the normal doctor checkups. Because of complications during my son’s delivery he suffered from seizures and was diagnosed with cerebral palsy and severe developmental delays. Between appointments with the neurologists and physical therapists, my course load, work, and fundraising my days were overflowing with obligations.

My first semester after receiving up to $25,000 in scholarship funds, I was able to remove work and fundraising from my schedule and I made the dean’s list for the first time in my academic career. The following semester (my final academic semester) I made the dean’s list again and became a member of Alpha Pi Mu, the national industrial engineering honor society. After graduation I was able to secure a position with General Motors as a Value Chain Engineer within the Global Purchasing and Supply Chain function. It feels good to be able to contribute to a company that is committed to the community.

Corporations often get the reputation of only seeing profits, and in some cases it may be a deserved reputation. But the Buick Achievers Scholarship Program, which has the power to not only change but to transform the lives of its recipients, is an example of the GM Foundation doing something truly special. A true Buick Achievement. 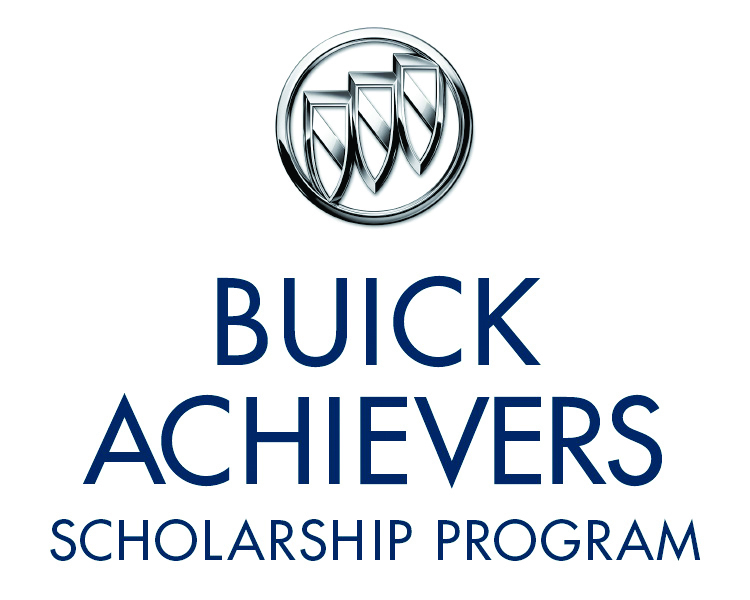