The Impact and Importance of the Geodesic Dome

by Ashlee Christian
Jun 17, 2016 9:25 AM ET
Tweet This:
.@CBRE blog #TheBlueprint discusses The Impact and Importance of the #GeodesicDome http://bit.ly/1Uce606 #greenbuilding
Blog
The Blueprint: These Walls Can Talk

Architecture is an ever-evolving medium. From the ancient pueblo cliff villages of the Navajo to the houseboats of modern-day Amsterdam, humans have always found a way to make space for one another in harmony with their environments. Architecture can represent the perfect marriage of form and function, and you would be hard-pressed to find a better example of that than in the design of the geodesic dome home.

The geodesic dome is a structure comprised of geodesics, a series of straight lines on a curved space that intersect to form triangles. One of the greatest benefits of this design is that structural stress is distributed evenly throughout, making buildings extremely strong despite using very few materials. While most people credit American architect R. Buckminster Fuller with this design, it was actually first used in 1926 by German engineer Walther Bauersfeld in the construction of the Zeiss-Planetarium.

Fuller can be credited with popularizing the design in the U.S. (even having filed a patent in 1951), and paving the way for the modern-day dome home architecture we see around the world.

OH, GIVE ME A DOME
Putting their novelty aside, dome homes have the potential to solve many of our most pressing environmental and societal challenges. R. Buckminster Fuller’s ultimate goal in designing geodesic dome structures was to solve the housing challenges of an ever-increasing population. He set out to design human shelters that were strong, sustainable and affordable.

The geodesic design is a perfect marriage of the sturdy arch and the rigid triangle, which enables dome homes to be extremely strong. They can withstand high winds, earthquakes and heavy snow, making them ideal structures for any type of environment, especially in an increasingly volatile climate.

Along with their strength, dome homes are incredibly efficient and sustainable. Due to their spherical nature, dome homes provide a large amount of living space, while taking up very little surface area. And due to their lower area-to-volume ratio, they require less energy for heating and cooling.

THE EARLY DAYS OF GEODESIC DOMES
While the residential application of the geodesic dome is most heralded in American culture, the original Fuller domes—as well as many since—were actually constructed for commercial use.

In fact, the first dome that was constructed after Fuller filed his patent for the structure was part of the Ford Motor Company headquarters in Dearborn, Mich., in 1953. The Ford Rotunda was originally an open-air pavilion, which the company then retrofitted with a roof to create an indoor space. However, the building could not sustain a traditional roof, which would weigh more than 160 tons. Ford turned to Fuller to design a geodesic dome that weighed just 8 tons. Although the Rotunda was destroyed in a fire in 1962, it was proof of concept for many commercial buildings to come.

After the success of the dome used for the Rotunda, other clients came calling, including the U.S. military. The government looked to the Fuller domes for two reasons. First was for how impervious they were to wind and weather, as the military needed shelter for their radar equipment that could withstand the harsh conditions at the Arctic Circle. The dome shape proved to be ideal to withstand high winds with minimal maintenance.

And second, the U.S. government explored using geodesic domes for their light weight and ease of construction. The domes were used to create “speedy but strong” housing for soldiers overseas in the 1950s, according to the Buckminster Fuller Institute. In fact, the Marines went as far as creating a 30-foot dome that could be delivered by helicopter and assembled in just over two hours—and that could withstand a day-long barrage of 120-mile-per-hour wind gusts.

MODERN DOMES AND POTENTIAL IMPACT
Since the early days of experimentation with geodesic structures, many have been built, including Epcot Center’s Spaceship Earth (although it’s technically a geodesic sphere, not a dome), the Tacoma Dome in Tacoma, Wash., the original hangar used to house the Spruce Goose, and the Amundsen–Scott South Pole Station (from 1975–2003). As architecturally impressive as they are utilitarian, these domes allow their proprietors to do more with less.

This do-more-with-less mentality has also led optimistic individuals to use the geodesic dome shape to solve urban problems such as creating transitional housing in Silicon Valley. A recent proposal by the entrepreneur Greg Gopman aims to provide a small village of dome homes available to rent for just $250 per month.

After all, what the geodesic dome—and its potential—shows us is the impact that architects and builders can have when they truly think outside the box. 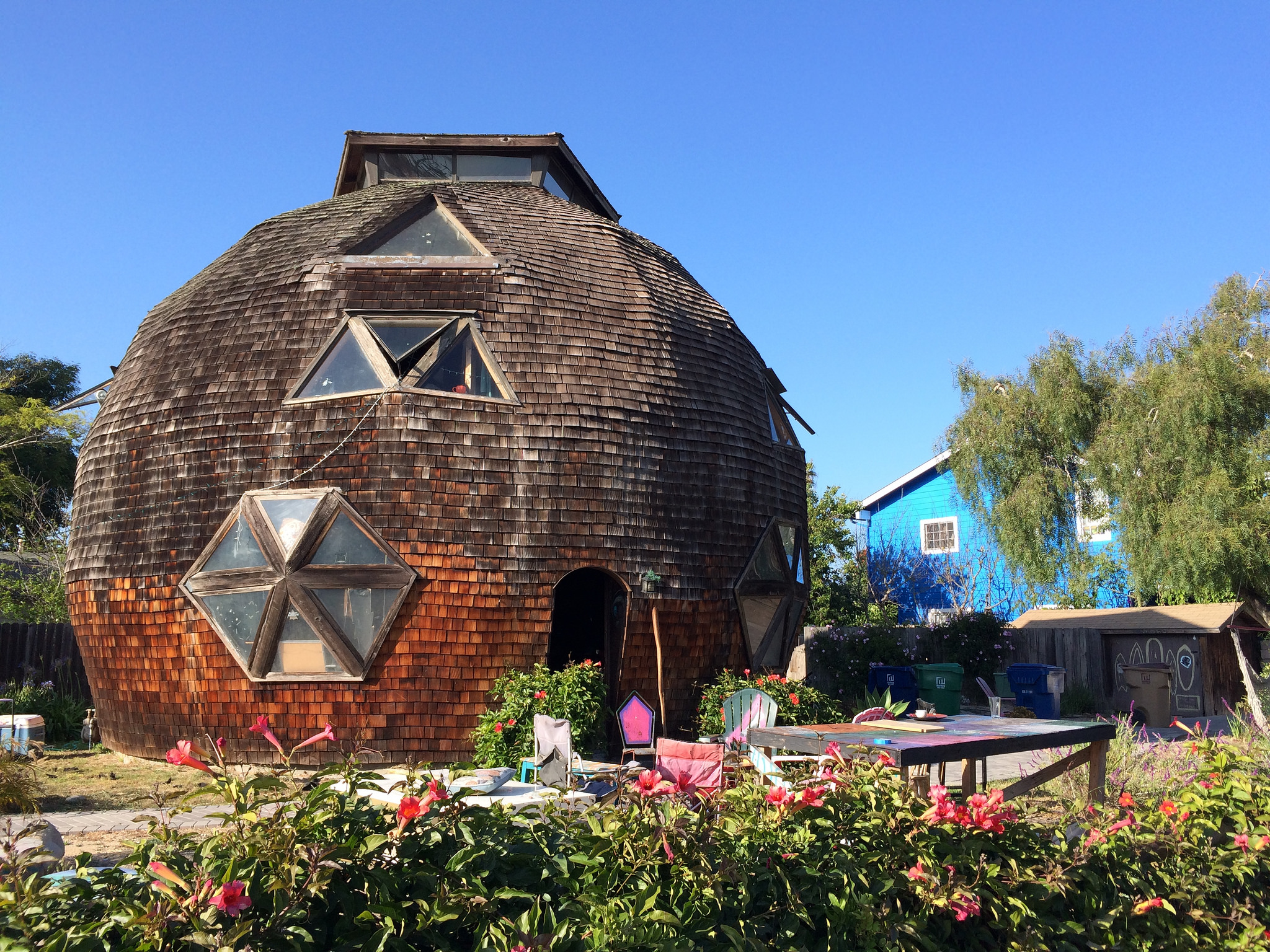 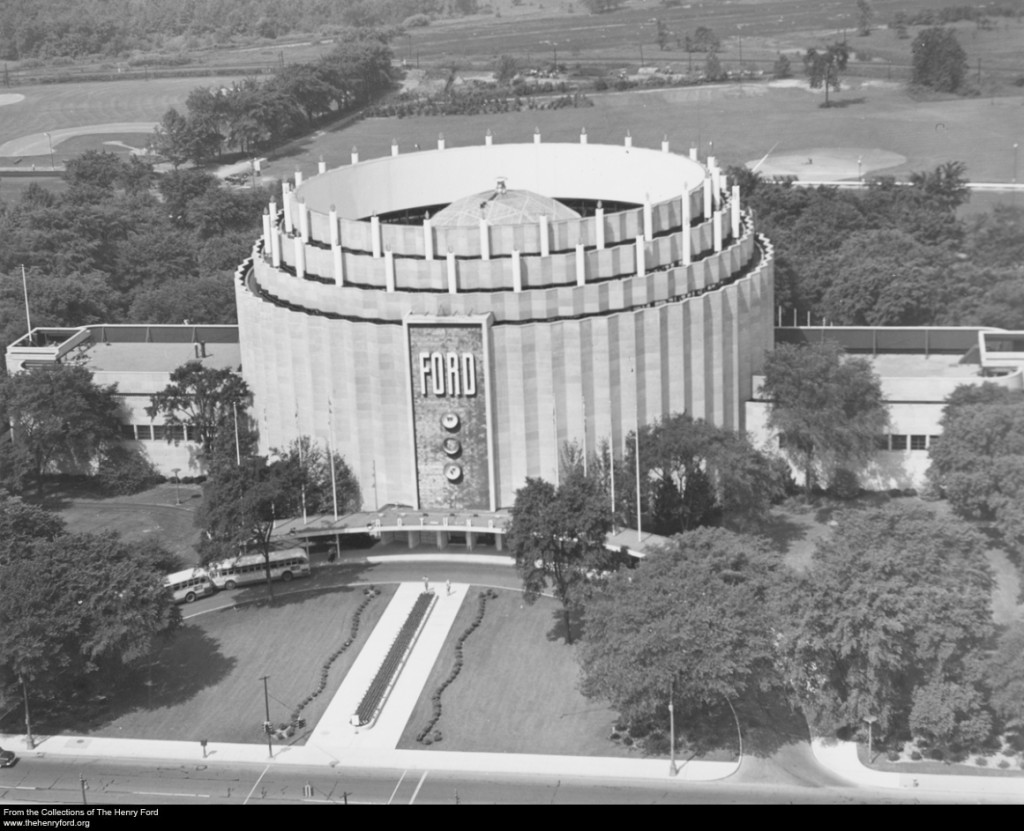 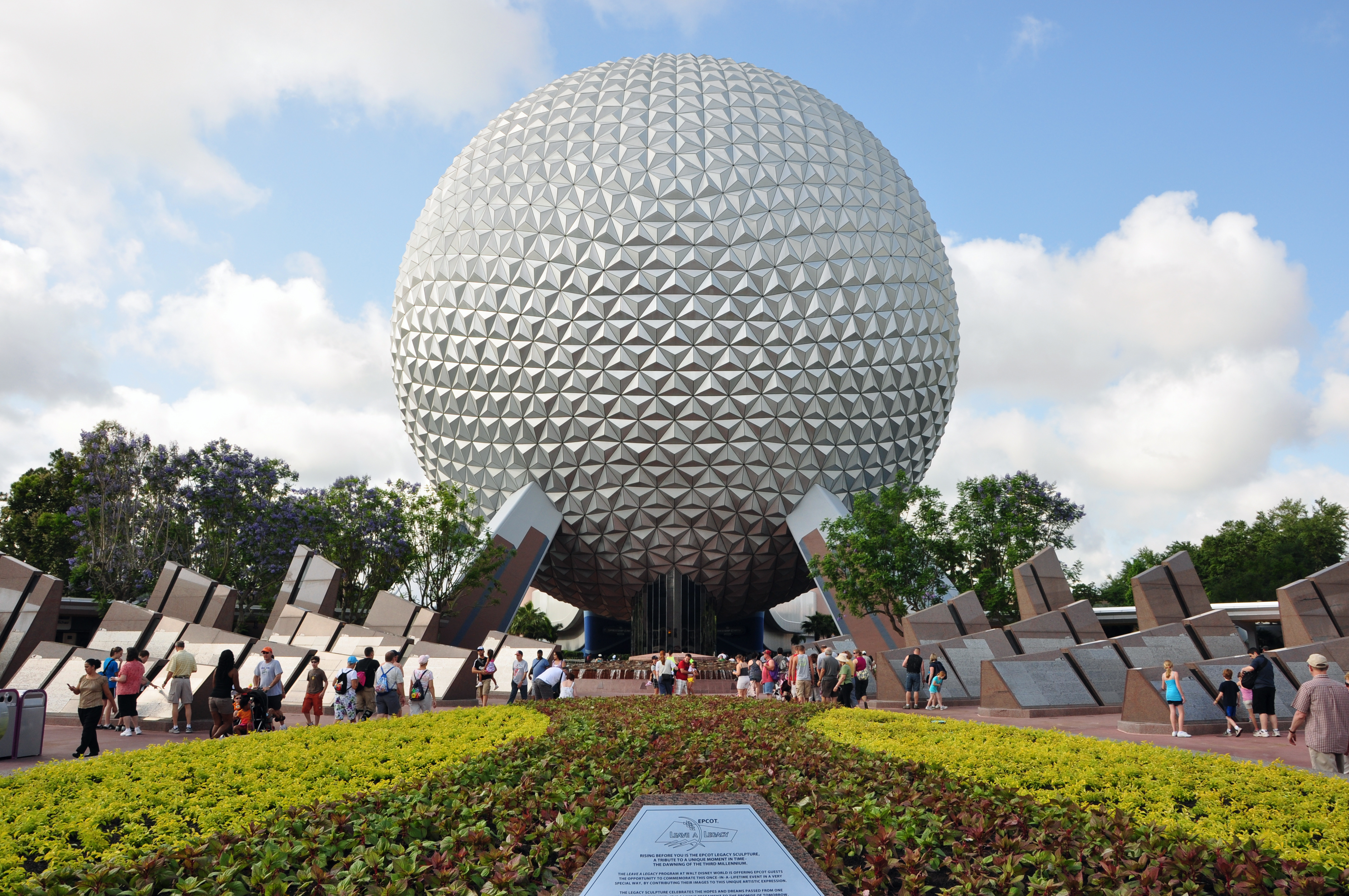