The Roadmap Series: We all start at Stage I

OK – I hear you.  The change chart is pretty busy, but there’s a lot packed into this

infographic.  In the first post in the series I highlight the key curves:  The blue value & profitability curve shows that companies will be more successful as they adopt sustainable business thinking.  The brown line says environmental and social consequences get worse before they get better and the green line is the “ta-da”.  It represents the idea that beyond doing less bad, business can create net environmental and social value and will be more successful when they do.  In this and subsequent posts I plan to dive into some detail on each phase of progress and offer some stories or examples of what the process looks like in real life.

So what’s the rest of the chart saying?

Each horizontal span represents aspects that evolve as the company moves along the process.  For example the bold blue arrow shows the types of change: In stage I progress is pretty random.  Before I joined REI there were employees who would personally sort the trash and take cans or paper home to recycle because most stores didn’t have commercial recycling options.  With the introduction of a formal CSR program (stage 2) these efforts became endorsed and we went from random to making incremental improvements by getting more stores involved.  Then metrics and process took over (stage 3).  We set a goal of getting recycling at every location and driving toward zero waste to landfill.  We started making breakthrough improvements by renegotiating waste contracts because facilities, retail operations and real estate divisions where able to collaborate based on common metrics and goals.  Then we started to see the potential for systemic change by redesigning product packaging so there was less waste in the first place and it was designed to be recycled at our stores.  Finally REI lead efforts at the Sustainable Packaging Coalition to help all of our vendors to do the same.  A great example was PrAna’s program to eliminate poly bags from apparel.   The results followed the blue, brown and green lines:  Even as the business grew, waste to landfill actually started to get smaller and the process was on the way to delivering millions of dollars in cost savings through reductions in waste, labor, packaging, etc.

Notes on using the chart:

Large organizations do not change in lockstep.  One of the benefits of this roadmap is that it helps the change agent meet people where they are by helping to identify and recognize the different stages. Different parts of the company, indeed different people (even leaders) can be at different stages at the same time. Think of each person plotted into a big bell shaped distribution superimposed on the infographic.  Progress means that the bell curve shifts right.  If you want a sense of where the center of the curve is, evaluate the horizontal activities.  For example how are things getting done?.   Do things happen because of heroes or martyrs who sometimes don’t even tell anyone what they are doing?  Stage 1.  A high visibility personality rallying groups and driving with charisma? Stage 2.  An organizational process driving results with metrics and built-in accountability? Probably Stage 3.  Cross-reference by considering the other horizontal dimensions and you’ll probably develop a good sense of where the center of your company is now.  A helpful (and hopeful) idea is that somewhere within your organization someone is demonstrating success at the next step – that example may be all you need to help move the organization forward.  As William Gibson famously said, “The future is already here – it's just not evenly distributed.”

We all start at stage 1

A principal of change management is to meet people where they are – and most of us are at stage 1.

In most of my writing I refer to the current status of business as “conventional thinking”.  The cornerstone of conventional thinking is trade-off thinking, in other words we believe that we face a grand trade-off between environment and social responsibility and business success.  One either makes money or does the right thing.  Sustainable business thinking is a new paradigm.  We reject the idea that these trade-offs are inevitable and seek to redesign the way we do things to craft a positive reinforcing loop – the more good we do, the more financial success we achieve and vis versa.

In stage 1 we’re still thinking in trade-offs.  The results on the chart prove it.  Random acts are not connected.  Green efforts cost more and worse yet, negative consequences are increasing faster than company growth.  A good starting place for a an organized CSR program is to start rejecting the trade-off mentality.  More here.

In the next post, we’ll talk about getting moving in stage II.

Kevin Hagen is a sustainable business advocate.  For over a decade he has helped business be more successful by making the shift to more sustainable thinking.  As a leader inside medium to large companies or as an external advisor Kevin helped design and implement successful sustainability strategies and programs.  Most recently, Kevin lead Corporate Social Responsibility (CSR) strategy and implementation at REI, a leading outdoor retailer and the U.S.'s largest consumer co-op.  Kevin's team delivered great results, received a lot of recognition and showed that a mission based company with nearly $2B in sales can reduce it's environmental footprint while growing profitably.  See Kevin's blog where he shares ideas, news and offer resources and organizations that he thinks can help companies make progress toward sustainability while delivering bottom line benefits at the same time.

CSRHub provides access to corporate social responsibility and sustainability ratings and information on 8,400+ companies from 135 industries in 104 countries. By aggregating and normalizing the information from 270+ data sources, CSRHub has created a broad, consistent rating system and a searchable database that links millions of rating elements back to their source. Managers, researchers and activists use CSRHub to benchmark company performance, learn how stakeholders evaluate company CSR practices and seek ways to change the world. 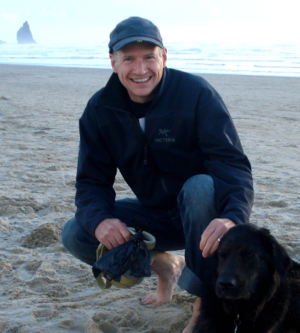