This Earth Day, the World is Investing in the Most Valuable Asset We Have

Recognizing the role of natural resources in the world’s economies to support conservation and sustainable management
Apr 21, 2017 8:00 AM ET
Tweet This:
This #EarthDay, @TetraTech explored how the world is #investing in our most valuable #asset http://bit.ly/2o5orku #LeadingWithScience
Blog
This Earth Day, the World is Investing in the Most Valuable Asset We Have

Tamara Coger of Tetra Tech’s Environment and Natural Resources sector discusses the benefits of investing in sustainable natural resources management to people, societies, and economies around the world. All opinions expressed in this post are the author’s own.

Sometimes, money really does grow on trees. And in mangroves, watersheds, oceans, and rainforests.

At Tetra Tech, we work in parts of the world that are home to some of the most valuable biodiversity and natural resources to local people and communities, governments, and business. Climate variability and unsustainable extractive practices threaten this natural capital, and in turn, threaten economic growth and stability for these key economic partners. Natural resources provide social and economic value, for example to health, culture, and food security.

Protecting these assets offers direct and indirect economic benefits. Healthy soil and water are necessary for agricultural production, a source of employment for more than a third of workers worldwide, according to the Food and Agriculture Organization of the United Nations (FAO). Wildlife is a key driver of tourism, and biodiversity is the source of medicinal compounds pharmaceutical companies rely on. According to The World Bank, fisheries yielded $129 billion in exports in 2012, and coastal areas contributed approximately 61 percent of the world’s Gross National Product.

Ecosystem services such as healthy watersheds, ecotourism, and alternative energy support livelihoods, human well-being, and economic growth around the world. Global ecosystem services provide tens of trillions of dollars’ worth of benefits each year, as estimated by the Global Environmental Change journal. The U.S. Agency for International Development (USAID) LESTARI program, which is implemented by Tetra Tech, is supporting a business model for ecosystem services in Indonesia by facilitating Payment for Ecosystem Services (PES) schemes. By compensating providers of ecosystem services like clean water and healthy soil, PES creates economic opportunities as well as incentives to preserve valuable ecosystems.

The types of investments USAID is making in Indonesia are critical to ensuring capacity and incentives to protect the Earth’s assets. These investments provide returns in the form of economic security and strengthened economies worldwide. Water is a great example of clear return on investments. The World Health Organization estimates a return of up to $34 for every $1 invested in improving access to water and sanitation. The USAID WASH-FIN project, supported by Tetra Tech, is working to mobilize private capital, market finance, and public investment to increase access to water and sanitation and facilitate long-term economic gains as a result.

These examples reinforce the importance of private investment in conservation projects, which has surpassed $8 billion, per a recent Ecosystem Marketplace report.

While the optimist in me prefers to talk about the benefits of investing in natural resources management, acknowledging the costs of not doing so is important. According to the United Nations, natural disasters cost us more than $2.8 trillion globally between 1970 and 2013. More than half of these costs were incurred in the last 10 years for an annual average of more than $250 billion, as indicated by the FAO.

As the world celebrates Earth Day, we recognize the economic benefits of investing in our flood-controlling wetlands, our fish-filled oceans, as well as our planet’s many other assets. 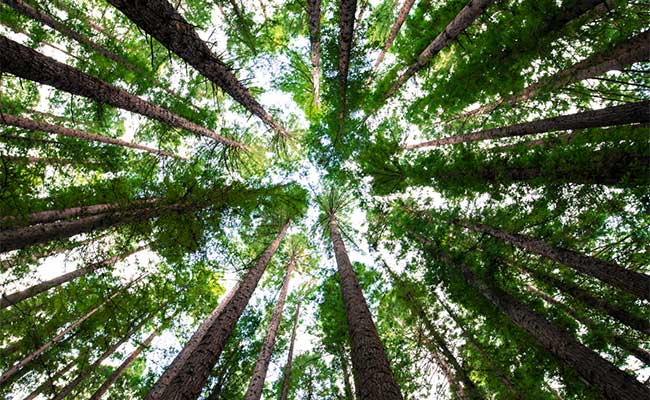