The growing and urgent rallying cry from people around the world to address critical global issues reached a fever pitch in 2015. From star-studded events like the Global Citizen Festival (headlined by Beyoncé, Coldplay, Stephen Colbert and others to take a stance against poverty), to the hundreds of thousands of individuals who took to the streets just two weeks ago at 2,300 separate climate marches, there's no denying a heightened level of awareness, activism and enlightenment around the world's acute social and environmental issues.And companies are taking note. Not only are business leaders taking a seat at the table to address these issues, many of them are leading the way. As 2015 draws to a close, we've evaluated a year's-worth of corporate social responsibility (CSR) tracking to share the top 10 trends of 2015:

1.    Gearing Up for Global Goals: From the SDGs, the most comprehensive and ambitious set of goals put forth yet, to the new COP21 Paris pact, which President Obama has said is "the best chance we have to save the one planet we have," 2015 was a landmark year of major commitments. And businesses stepped forward with unprecedented leadership. In advance of the SDGs' adoption, SABMiller created Prosper, its own sustainability development strategy, which outlines five shared imperatives that address the company's most material issues and align with the SDGs. Dow Chemical Company also launched its own 2025 Sustainability Goals that seek to address each of the 17 SDGs. Meanwhile, in conjunction with COP21, Citibank made a $100 Billion Environmental Finance goal and Bill Gates led more than 20 other billionaires in supporting clean energy through the Breakthrough Energy Coalition.2.    Susty Collab: In 2015, companies invited competitors, consumers, academics and even hackers to problem-solve sustainable solutions, embracing the philosophy that sometimes open doors can create more dynamic and lasting solutions. To that end, Unilever launched a global crowdsourcing community, Unilever Foundry, to accelerate sustainability solutions, while H&M put forth a $1 million prize to anyone who can offer up better ways to recycle. Facebook hosted its second annual "Sustainability@Scale" gathering, with major partners like Levi's, Walmart and Salesforce, to develop far-ranging corporate sustainability remedies.3.    Going Against the Grain: In a world where most businesses are beholden to shareholders and have an eye on short-term returns, it can take a lot to stand up for values over dividends; but the benefits to business and society can be major. EILEEN FISHER led the way this year, putting its own business practices under the microscope and making "No Excuses" toward a goal of 100 percent sustainable practices by 2020. REI put its employees first when it opted out of arguably one of the biggest shopping days of the year, Black Friday, to instead give employees a paid day off. And Unilever, the pioneer of going against the grain in the name of sustainability, proved doing so can pay off – the CPG giant reported its "sustainable living brands" account for half of the company's growth and grow at twice the rate of the rest of the business.4.    Kick-Starting Startups: Sometimes it takes the fresh thinking and ingenuity of a startup to solve pressing global issues – and major companies are paying attention. In 2015, several big companies invested in the "little guy," including JetBlue's "BlueBud" program to give training, insight and a potential vendor contract to socially minded entrepreneurs in the food and beverage space. In the search of solutions for drought-ridden California, Shock Top partnered with IndieGogo to invest in innovative water-saving inventions. And Patagonia proved the power of its $20 Million & Change venture fund when it awarded $1 million to biochemical company Beyond Surface Technologies to create solutions for toxic chemicals in performance materials.To read all ten 2015 trends in CSR, view the full post on Triple Pundit or register for our webinar on January 13, 2016. 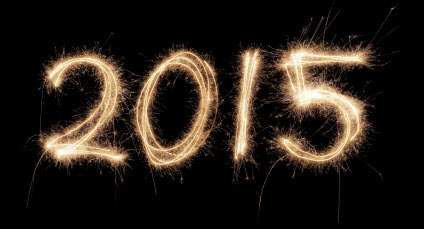