Recounting a night of chaos

Imagine being separated from your wife and kids, unable to make contact as the wildfire nicknamed 'the beast' roared through your home community of Fort McMurray.

That's exactly what happened to TransCanada measurement technician Derek Munroe during a harrowing and frightening day on May 3 during mass evacuations of the community.

As he worked an hour south of town his wife and three children were initially forced to drive north with scorching wildfires raging on both sides of the southbound highway. Communication was lost with all of them during the frantic movement of over 80,000 people.

"It left me with a feeling of helplessness," Munroe said. "Texts and phone calls would not go through — I lost all communication with them."

Late that night there would be a happy ending, after Munroe regained contact and came to the family’s rescue. The car was out of gas off a darkened highway about 50 kilometres north of Wandering River. Ultimately his father would travel from Lacombe in the wee hours of the night with jerry cans of fuel to save the day — a scenario repeated countless times among other evacuees, as many left with little fuel in their gas tanks.

It was around midnight and 114 km south of Fort McMurray that scores of stranded, desperate motorists and their families would get the fuel they needed — from TransCanada employees and contractors.

It would be the first of the company’s disaster relief efforts to wildfire evacuees that would ultimately involve many of its employees and members of the public just wanting to help in whatever way they could.

On this night, some motorists stuck on the side of the highway at a government rest stop received precious gasoline or diesel touch-ups from TransCanada contractor AECOM's fuel trucks.

Many others travelling between Fort McMurray and Wandering River on Highway 63 came upon a welcome sight, as TransCanada contractor Michels Canada made their Mariana Lake fuel tanks available to those travelling south.

“People were offering to pay for the fuel, but we refused to take their money," said TransCanada construction manager Rod Tomko, one of those on site to provide assistance. "These folks had enough hardship already — we certainly weren't going to add to it."

As the enormity of the tragedy became apparent, TransCanada stepped forward immediately to provide long-term assistance:

Meanwhile TransCanada’s response to the disaster continues to unfold.

With 100 new evacuee children filling crowded classrooms in Boyle, Alta. – about 145 km north of Edmonton – TransCanada’s Peter Knight drove the distance May 12 to deliver 100 packages of school supplies picked up from the United Way of Edmonton.

“The coordinator at the Boyle Centre had called me to ask how she could get these supplies and I made a few calls,” said Knight, who is a community and indigenous relations liaison based in Edmonton.

“The classrooms were overcrowded but nobody was complaining — they were just helping the people who needed it. It’s great to see such an awesome community pull together. I was glad to help facilitate delivery of the school supplies for them.”

It’s these kind of efforts that have defined TransCanada’s community involvement for six decades.

“At TransCanada we don’t just build energy infrastructure; we also build relationships,” explains Cyril Elbers, manager of TransCanada’s Corporate Social Responsibility. “Giving back to the communities where we operate — particularly during times of crisis — always has been part of our everyday culture. In the aftermath of this tragedy, we will continue to do everything in our power to ease the burden for those who have lost their homes or otherwise been displaced by this terrible event.” 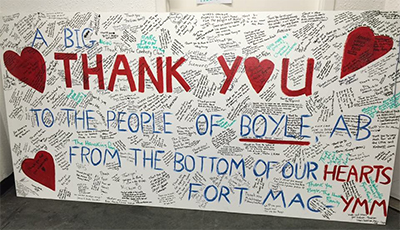 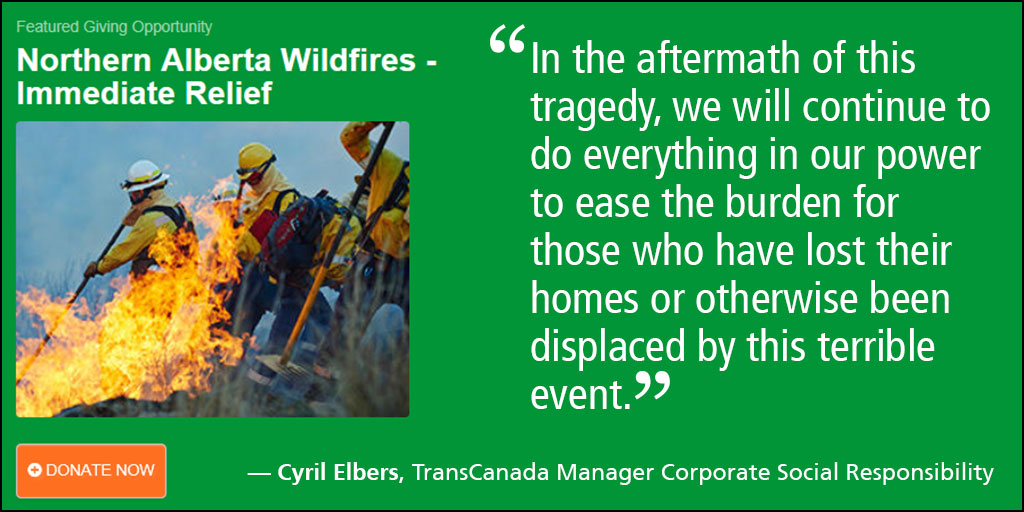 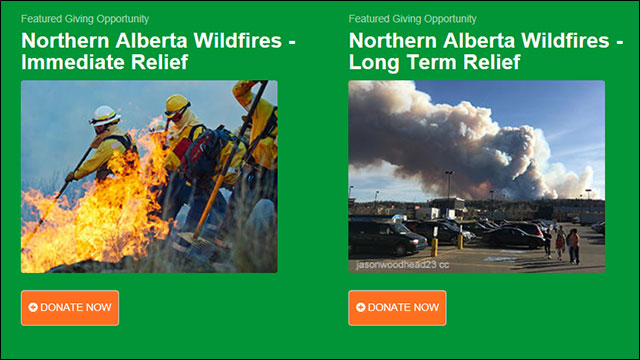 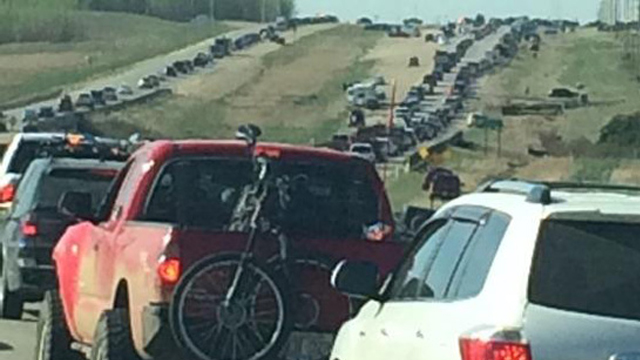