Turn Any Window into a Solar Panel

IMAGINE AN ORGANIC SUBSTANCE that can be sprayed on to any window in a home--making the window behave like a photovoltaic panel, generating electricity. The technology is real, and according to its creators, it's ready for prime time.

A company called New Energy Technologies (shown here with scientists from the NREL) claims to have successfully developed and tested such a coating, Their SolarWindow prototypes so far look very promising.

The idea of a transparent solar power panel is one of many solar technologies  such as solar panels that are not badly impacted by shading, that Green Builder's Celestia Project highlights as probable game changers over the next century. 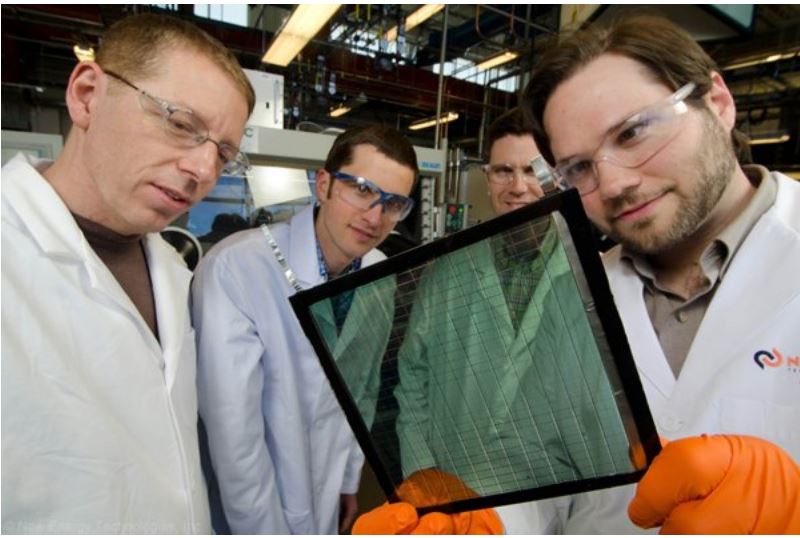