State Senator Sue Rezin: “This program is huge for our district.”

“This program is huge for our district,” said Sen. Rezin, who was instrumental in development of the program.

“With its long-term support of the school’s OET program, TransCanada is making an investment in training the next generation of skilled workers for in-demand jobs that support local industry.”

The program will provide job training for Illinois’ young people to acquire well-paid, stable jobs in the local petrochemical, nuclear and manufacturing industries.

Added JCC President Debra Daniels: “TransCanada has been a tremendously supportive partner for our OET program, and we are grateful for their investment.”

As the front door to the metropolitan Chicago market area, Joliet is the logical home for two compressors on TransCanada’s ANR Pipeline Company. ANR’s interconnection with three other pipelines in the area makes Joliet a natural trading hub for natural gas.

A long-term investor in the U.S.

What some Americans may not realize is that TransCanada has been on U.S. soil for a long time. The company currently employs almost 1,800 Americans in 36 U.S. States. Collectively they donated over $320,000 last year to assisting charities in the communities where they work and live.

TransCanada as a whole invested over $1.4 million in 2015 to American communities and sponsorships.

The company's nearly 42,000 miles of pipelines provide 20 per cent of the natural gas consumed daily in North America, connecting growing supply to key markets across its three operating geographies of the U.S., Canada and Mexico. 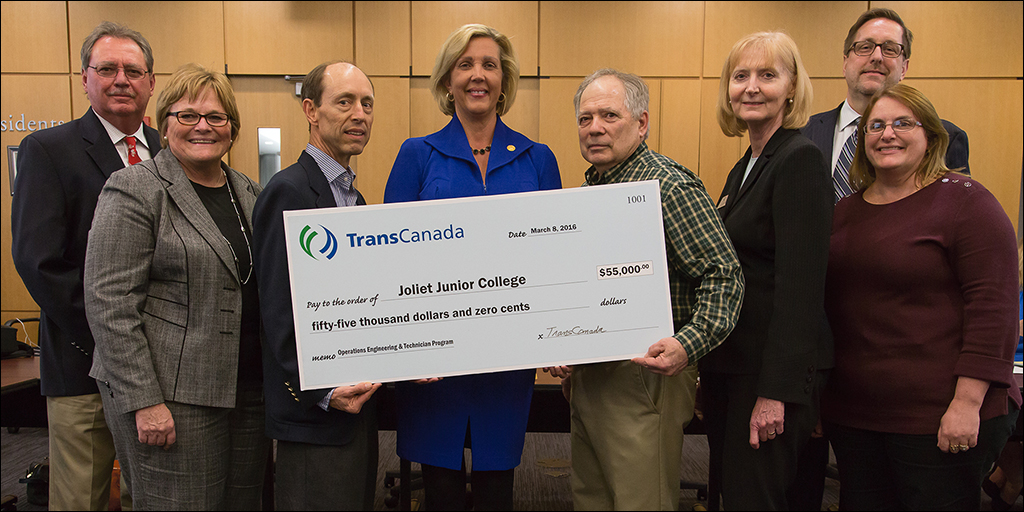