Values-Based Innovation: Meeting the Demands of the New Green Economy

by Robert Bikel
May 19, 2016 12:30 PM ET
Tweet This:
#ImpactEconomy: Companies of any size can practice responsible, meaningful and powerful entrepreneurism http://bit.ly/201zZNL
Blog
CSRwire

If you ask 100 people to name a “green company,” many would rattle off solar and other renewable energy companies, environmentally friendly non-toxic cleaning supplies manufacturers, or perhaps organic farm delivery services.

In reality, the “green economy” is far more broad. According to the World Resources Institute, a “Green Economy can be thought of as an alternative vision for growth and development; one that can generate growth and improvements in people’s lives in ways consistent with sustainable development. A Green Economy promotes a triple bottom line: sustaining and advancing economic, environmental and social well-being.”

The initial rise of “Green Economy” was fueled by tremendous interest from a rising tide of conscious consumers who pushed it into mainstream status today, pressuring companies increasingly to seek ways in which to operate responsibly and in an environmentally sensitive manner. And now we stand at the precipice of the next stage of that evolution; a broader “Impact Economy” is forming around the idea of businesses leveraging their inherent power not just to abate but to elevate the human condition and restore the environment. But business owners who seek to take their businesses from “green” to “impactful” must be prepared to do the hard work, both internally and externally, to get there.

Since 2011 as an adjunct professor, Bikel has taught several courses in the SEER program as well as Strategic CSR Executive Certificate classes. He is also an independent strategy consultant specializing in sustainability-oriented businesses. His work has focused on strategic guidance and market intelligence for responsible companies in B-Corp/Benefit Corporations, cleantech, online media, e-commerce and food industries. 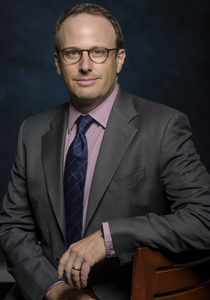