Forces on both sides of the proposed bulk coal ports around Puget Sound are replaying a battle from the 1970s. The deciding factor then was a powerful Senator. This time, as improbable as it seems, it might be CO2 emissions from China.

Forty years ago, the issue was supertanker oil ports.

In 1977, plans to build an oil port at Cherry Point Washington – the same site of one of the currently proposed coal ports - pitted well-financed backers against ardent environmentalists. Championed by Senator Warren Magnuson of Washington State, the Coastal Zone Management Act required states to adopt coastal management programs. In 1976, Washington State was the first to do so. Then governor Dan Evans led the program to ban oil port development under the terms of the Federal program. Evans and his supporters had a powerful incentive, as described vividly in Washington’s Historylink website:

“Evans, Magnuson, and many environmentalists feared the potentially catastrophic consequences of allowing supertanker traffic in the narrow, treacherous, fog-bound approaches to the northern sound through the San Juan Islands.”

In 1977, Governor Evans stepped down and a new Washington governor, Dixie Lee Ray, made creating jobs her platform and overturning the oil port ban her top priority.  Unions looking for jobs supported her. Oil and oil service companies funded her. Administrative procedures ensured her bill would succeed. But on the day of the first hearing, Senator Magnuson succeeded in preempting Ray’s bill, pushing through in only 24 hours legislation prohibiting the federal government from expanding Puget Sound ports. Then President Jimmy Carter signed the bill too. Bulk oil ports in Puget Sound were explicitly and permanently defeated.

A former aide to Senator Magnuson told me the reasons he thought Magnuson’s legislation passed so easily. First, Magnuson had been Chair of the powerful Senate Committee on Commerce for twenty-five years and his pet projects were given special consideration. But it was the image Magnuson created that sold the program: a mythical, pristine Puget Sound destroyed by a spill from a super-tanker. The former aide asked, what was the coal movement using as its image of destruction?

The problem now is that unlike oil, coal offers no similarly catastrophic visions. The first large oil spill happened as far back as World War II, when German U-Boats attacked tankers off the East Coast of the US, spilling 590,000 gallons and have continued unabated ever since. People were familiar with the impact of an oil spill, even back in 1977.

Among all the arguments against coal ports — coal dust, the danger of heavy coal trains derailing, traffic congestion, the harm to local business, and climate change from Asia burning thermal coal — are no one has envisioned a coal tanker spilling its cargo.

We have come close.  In 2010, Chinese-owned bulk coal carrier Shen Neng 1 rammed into Australia’s Great Barrier Reef, another ecological treasure, tearing open a fuel tank. The Shen Neng pilot, suffering from fatigue, turned into the reef rather than going around it. Media attention focused on the oil used to power tankers, which is full of dangerous contaminants and very gooey, hard to clean up. The tanker carried over about 900 tons of fuel on board, but only 3-4 tons were lost.

Spilled coal was beside the point.

With no sense of “potentially catastrophic consequences” from a Puget Sound contaminated by coal, where are coal terminal opponents to turn? A study released this week by the Global Carbon Project may provide the answer: heat trapping pollution was up 3% last year, with the overwhelming majority of the increase from China, whose emissions were up 10% to 10 billion tons. China’s emissions now exceed the US by 70%.

China is intended to be the primary market for the cheap Powder Basin coal that would be shipped from Cherry Point and potentially other Pacific ports as well. This coal as you’ve no doubt heard is so toxic that it’s banned in the U.S.

Clearly, it would be madness to send toxic coal to China. With all the lip-speak about climate change, coal ports are a real opportunity for the Pacific Northwest and the U.S. to take leadership on the issue. This goes right up to President Obama, whose electoral tipping point might have come with NYC Mayor Michael Bloomberg’s endorsing him as the Climate Change Leader. The timing couldn’t be better, for Obama, for the Climate Change Movement, and for the earth itself.

CSRHub provides access to corporate social responsibility and sustainability ratings and information on over 6,500 companies from 135 industries in 70 countries. By aggregating and normalizing the information from over 185 data sources, CSRHub has created a broad, consistent rating system and a searchable database that links millions of rating elements back to their source. Managers, researchers and activists use CSRHub to benchmark company performance, learn how stakeholders evaluate company CSR practices and seek ways to change the world. 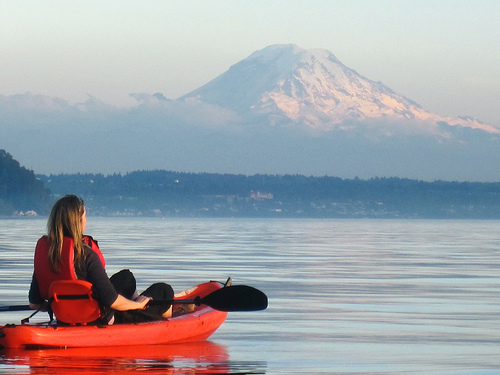