What’s Behind the Headlines? Separating Health and Nutrition Facts from Fiction

In today’s media-saturated world, information about health and nutrition is everywhere. But while we have access to more reliable information about nutrition than ever, there are also many scientifically questionable or even false claims presented as fact. It’s becoming increasingly difficult to sort out truths from falsehoods.

One such questionable source is the website “Is It Bad for You?”  This site publishes health and nutrition reviews of food products, restaurants and a variety of products and services.

Every review on this website includes a brief write-up and letter rating from “A” to “F.”

For example, Dasani Water received a “D” rating because the writers claimed it contains “added minerals some of which can cause unwanted side effects.” Hot Yoga received an “F,” as did Tic Tacs and a category called “Too Much Tea.” Even tap water receives a “C”, followed by plenty of ads for water filters.

The challenge with reviews such as these is that they are not authored by credentialed nutrition experts and do not offer scientific evidence to support their claims. As a result, we must become savvy consumers if we want to distinguish the science-based facts from the “clickbait.”  Statements supported with “one study shows” should raise the question in our minds “Which study is that?”

Sodexo is the only foodservice management company profiled on this website in an article titled, “Is Sodexo’s Food Bad You?,” which gave Sodexo’s food a failing grade.

The author does not substantiate any of the claims against the food served by Sodexo. To that end, we wanted to highlight Sodexo’s efforts to provide healthy, nutritious food choices for our customers.

Sodexo is the world’s largest employer of registered dietitians (RDs), employing over 500 RDs across the United States. Our RDs work closely with our chefs to develop healthy recipes and menus at every one of our sites.

At Colleges and Universities throughout the USA, Sodexo  caters to different tastes and preferences, accommodates food allergies or intolerances, works with religious diet requirements, as well as dietary convictions such as a vegan lifestyle.  In fact, we strive to offer healthy choices for everyone. Sodexo’s Mindful Progam  helps guide students toward the healthiest options, making the healthy choice the easy choice.  Sodexo has eliminated an estimated five tons of salt and 14 tons of sugar from the food we serve since the introduction of Mindful in 2013.

Sodexo’s Simple Servings and My Zone programs are University best practices for students with food allergies, allowing them to find allergen-safe dining options while remaining included in the social aspects of dining. Sodexo  even created an app called Bite that provides complete nutrition and allergen information on every item served and offers students a way to give us feedback. Sodexo has received awards from the Partnership for a Healthier America (PHA) for its efforts in health and well-being, especially in schools and universities.

Sodexo strives to provide consumers with a variety of choices. In doing so, Sodexo plays a critical role in providing healthy diets for countless Americans. So, while it is easy to generalize whether a company like Sodexo’s food is healthy or unhealthy, savvy consumers can discern fact from fiction. When you look at the facts — including the nutrition facts — it’s clear that Sodexo offers nutritious options, and supports healthy diets and lifestyles for students and others across the country. 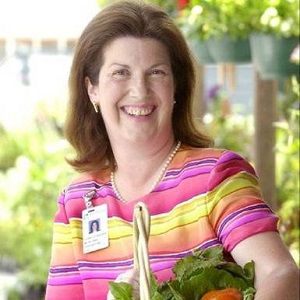