What’s New at CSRHub? A lot!

Last week, we upgraded the CSRHub web site with many new benefits and features our members have been requesting.  We also officially launched our new CSRHub Dashboard, an Excel-based tool that allows our subscribers to bring millions of data points from our system into our custom templates and into their own internal systems.

segment of the CSRHub Dashboard template

This is the fifth major update we’ve made to our site since we first went live in late 2010.  We also update our data monthly.  Our data extends back to December of 2008, so we will soon have seven full years of monthly data available to subscribers.

Curious what we added to the site?  We are offering a two-day free trial at our Full Access subscriber level.  We will continue to give free basic ratings on more than 10,000 companies and organizations.  We also show non-subscribers some of our sources and some data history.

You can see a sample of what subscribers see on this page.  The new features include:

There are two other important changes in this release.  One is tools-related—we introduced a new Excel template we call CSRHub Dashboard.  The other is technical—major changes in the back end of our site.  We’ll describe the rest of these changes in our next post.

Bahar Gidwani is CEO and Co-founder of CSRHub.  He has built and run large technology-based businesses for many years. Bahar holds a CFA, worked on Wall Street with Kidder, Peabody, and with McKinsey & Co. Bahar has consulted to a number of major companies and currently serves on the board of several software and Web companies. He has an MBA from Harvard Business School and an undergraduate degree in physics and astronomy. Bahar is a member of the SASB Advisory Board.  He plays bridge, races sailboats, and is based in New York City.

CSRHub provides access to the world’s largest corporate social responsibility and sustainability ratings and information, covering on 10,000 companies from 135 industries in 104 countries. By aggregating and normalizing the information from 365 data sources, CSRHub has created a broad, consistent rating system and a searchable database that links millions of rating elements back to their source. Managers, researchers and activists use CSRHub to benchmark company performance, learn how stakeholders evaluate company CSR practices, and seek ways to improve corporate sustainability performance.

CSRHub is a B Corporation, an Organizational Stakeholder (OS) with the Global Reporting Initiative (GRI), a silver partner with CDP (Carbon Disclosure Project), and an Advisory Council Member of Sustainability Accounting Standards Board (SASB). 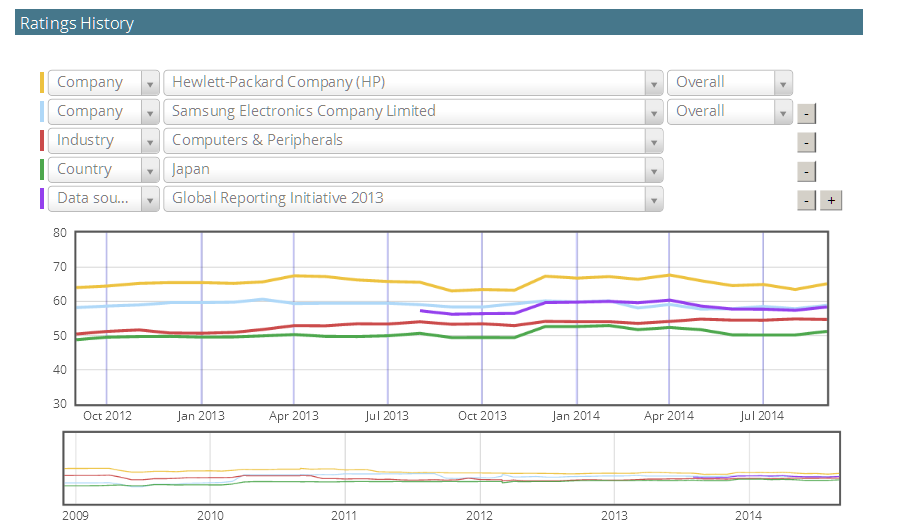