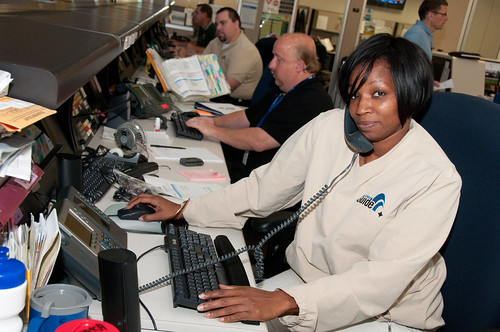 (3BL Media/Justmeans) – The profile of the U.S. workforce is undergoing transformation. According to U.S. Census projections, non-Hispanic white people will be a minority in the U.S. by 2060. In this scenario, companies have an increasing opportunity to adapt their corporate citizenship programs to attract diverse employees and foster a culture of inclusion and engagement.

Companies are in a stronger position to deliver business and social value when they harness the skills and experiences of a diverse workforce, and earn greater appreciation from consumers and other stakeholders with diverse backgrounds.

The Boston College Center for Corporate Citizenship has published Diversity & Inclusion and Corporate Citizenship. The report suggests that in order to maximize the benefits of diversity, a company must build strategic inclusion programs that support all employees through formal and informal means.

The report finds that companies that are making a conscious effort to hire and supportdiverse and inclusive talent are rewarded with increased performance. These companies demonstrate stronger financial results, including a greater market share, because they gain access to broad consumer demographics.

A diverse workforce with varied perspectives generates new ideas. When combined with a broader range of leadership behaviors that foster collaboration, it results in greater innovation. Employee engagement improves when the employees feel valued for their distinct contributions and have an equal opportunity to perform and develop. These efforts reduce turnover and translate to increased customer satisfaction.

In the U.S., every minority group, with the exception of Asians, is experiencing higher unemployment rates than the national average. Women, regardless of race, are considerably more likely to work at or below the minimum wage. To address this challenge and maintain an engaged workforce, some companies are proactively raising their lowest compensation bands.

TJX Companies and Target recently joined the ranks of companies such as Gap and Walt Disney by pledging to increase the minimum hourly pay of their U.S. workers. IKEA raised wages for its U.S. retail workers in 2014, and – encouraged by the reduction in employee turnover – plans to increase pay yet again in 2016.

Women and racial or ethnic minorities are not the only groups affected in the prevailing economic climate. Youth and LGBT populations, individuals with disabilities, and military veterans are also impacted. John Spinnato, President, Sanofi Foundation for North America, said that as a pharmaceutical company, Sanofi recognizes that its employees need to reflect the patient population that they are serving.

Corporate citizenship efforts that prioritize diversity and inclusion can advance several social and business imperatives, including improved stakeholder relations, employee well-being, and reputation. A research study of more than 300 firms from the Fortune 500 listed in the 2004 Fortune Corporate Reputation Survey found that companies with racially diverse boards have better corporate reputations.

Another 2011 study found that boards with three or more female directors had higher corporate citizenship scores, as measured by the MSCI database. In 2015, PwC surveyed 783 board members of publicly traded companies in the U.S. and found that 95 percent of those surveyed believed that adding diversity was at least somewhat important. The majority reported that diversity leads to enhanced board effectiveness and company performance.

Gallup's 2013 State of the American Workplace study reported that one of the best ways to retain top talent is by recognizing, understanding, and accounting for the fundamental differences of employees.