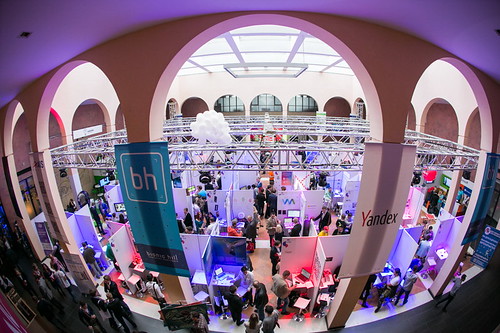 (3BL Media/Justmeans) – According to the UN Commission on Science, Technology and Innovation, technological advancement is a development megatrend that will play a major role in implementing SDGs. The 2015 Gates Annual Letter predicted that developmental breakthroughs over the next 15 years will be driven either by technological innovations or those that make technology more accessible to people.

For decades, Silicon Valley has led the technology industry from the front, while New York City has continued to look on from the sidelines. New York has undoubtedly added thousands of well-paying tech jobs, and the city’s start-ups have received $1.94 billion in venture funding in the first quarter of 2016, according to the research firm CB Insights.

However, a transformative company – the next Google or Facebook or even Salesforce – has not emerged from New York. To change this reality, executives at tech start-ups, big tech companies and venture firms are creating a new policy and advocacy nonprofit, Tech:NYC.

According to Julie Samuels, the executive director of Tech:NYC, the organization’s approach will be to work early with city, state and federal officials on issues that affect tech companies, before laws are passed.

In the last two years, the city has seen some notable failures such as Fab, an e-commerce marketplace for furniture and houseware, and Quirky, an online network for inventors.In January, Foursquare raised $45 million, but at a price that cut its valuation nearly in half. The Gilt Groupe, a fashion e-commerce service, was sold to the Hudson’s Bay Company for $250 million, about quarter of its one-time valuation.

More than the setbacks, what stands out in New York is the scarcity of lucrative paydays – start-ups sold for $1 billion or more. While there have been exceptions such as Tumblr, which was bought by Yahoo in 2013 for $1.1 billion, and Etsy, which went public in 2015 at a valuation of $1.8 billion, the big exits have not really happened yet in the city.

But New York is increasingly a place for the deeper computer science for which Silicon Valley is known. Facebook, for example, has a large artificial intelligence lab in New York. The city now also has A.I. start-ups, including Clarifai and Geometric Intelligence.

Columbia and N.Y.U. have strengthened their engineering departments and added programs in new fields like data science and machine learning, and are increasingly working with start-ups and nurturing spinoff ventures. Cornell Tech, founded in Manhattan in 2012, is dedicated to tech entrepreneurship.

Tech giants such as Facebook, Google and IBM have been aggressively hiring engineering talent for their New York outposts.

For some New York tech start-ups, the proximity to the industries they serve is essential. Sprinklr, for example, provides cloud software that allows major brands like Nike and McDonald’s to monitor their reputations and marketing on social networks like Facebook, Instagram and Twitter. Sprinklr has raised $125 million in venture funding and is valued at $1 billion.