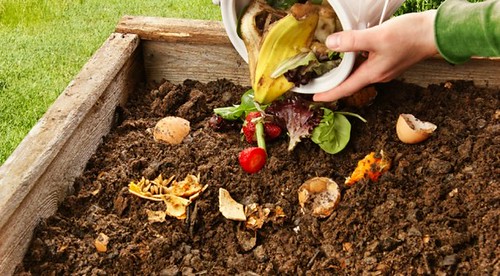 (3BL Media/Justmeans) – Americans throw away a staggering amount of food each year. The U.S. Department of Agriculture (USDA) estimates that over one-third of the vegetables and fruit bought annually by Americans are wasted. Food waste costs the economy $218 billion annually, and the environmental cost of the food that sits in landfills is 3.3 billion tons of GHG emissions each year. According to the USDA, cutting waste by just 15 percent would provide enough food for 25 million people each year.

A newly released report, Roadmap to Reduce U.S. Food Waste, says that businesses could save about $2 billion a year by cutting the amount of food that gets thrown into the trash bins by 20 percent over the next decade. The report proposes strategies that companies, along with governments, consumers and foundations, can implement to reduce the amount of discarded food in the country by 13 million tons a year.

The $18 billion plan from the report comes after the U.S. government set the first ever national goal last year to cut the country’s edible food waste by half by 2030. The plan is the first ever by Refed, a project created last year to use financial and other data to come up with ideas for reducing food waste.

Refed is funded by 13 foundations, including the Walmart Foundation and the David and Lucile Packard Foundation. Refed says that if the proposed plan is implemented, it would create 15,000 more jobs, provide 1.8 billion meals of recovered food donations to nonprofits a year, save 1.6 trillion gallons of fresh water, and cut carbon emissions by 18 million tons per year.

Mark Cirilli, co-founder and managing director of MissionPoint Capital Partners, an impact investment firm that led the work to create the report, said that investing in food waste reduction will help make meaningful progress on a number of national priorities, including food security, water scarcity and climate change mitigation.

Sarah Vared, interim director at Refed, said that companies have realized only recently the massive quantity of food that is being wasted. Last July, over 400 companies, including Colgate Palmolive and Hershey’s, committed to cutting food waste in their retail and manufacturing divisions by half over the next decade.

Jesse Fink, trustee at the Fink Family Foundation, a seed funder of Refed, said that any business that touches large volumes of food – farms, manufacturers, distributors, restaurants, retailers – currently contributes to the food waste problem and has an opportunity for a major reduction.

Increasing efficiency in the use of ingredients during food processing can give the biggest profit boost to manufacturers. Improving food purchasing and kitchen prep processes alone can collectively save restaurants and food service companies $1 billion each year, the report estimated.

Another profitable solution is reducing the amount of food left on consumers’ plates. Recycling too needs improvement. According to the report, less than 10 percent of all consumer and retailers currently recycle their food scraps.

Refed’s plan would require $18 billion to implement, with $8 billion coming from government tax deductions to fund an increase in food donations; $7 billion in corporate investments in retail stores and better packaging and the construction of dozens of new large food scrap recycling facilities; and $3 billion from nonprofits and impact investors.