First study to report that proteins found in soybeans, could inhibit growth of colon, liver and lung cancers, published in Food Research International

March 20, 2013 /3BL Media/ - Soybean meal is a bi-product following oil extraction from soybean seeds. It is rich in protein, which usually makes up around 40% of the nutritional components of the seeds and dependent on the line, and can also contain high oleic acid (a monounsaturated omega-9 fatty acid).

Coffee tastes better when it's Fair Trade, not only because small-scale farmers in remote locations can access credit without resorting to middlemen, but also because the system guarantees them a minimum price, besides linking them with importers. Green Mountain Coffee Roasters, a specialist in coffee and coffee makers as well as a major supporter of the Fair Trade initiative, says that in fiscal 2012, Fair Trade coffee accounted for over 50 million pounds, an increase of more than five million pounds in 2011.

Reflecting On The 2012 Business & Society Competition

New York, March 20, 2013 /3BL Media/ – Students at 25 leading business schools will compete this month for recognition and $35,000 in scholarship funds in the Aspen Institute’s 2013 Business & Society International MBA Case Competition. Several students from the 2012 winning team from the University of Denver’s Daniels College of Business reflected on what the program meant to them.

The report examines the role of the company in the societies and economies where it operates, and shows how the company is working to enhance safety and risk management and earn back trust

March 20, 2013 /3BL Media/ - In a world where demand for energy is increasing, BP’s Sustainability Review 2012, examines the role of BP in the societies and economies where it operates, and shows how BP is working to enhance safety and risk management and earn back trust.

KANSAS CITY, Mo., March 20, 2013 / 3BL Media /PRNewswire/ -- Atlanta attorney and philanthropist Dan Phelan is leading the charge to bring water and sanitation facilities to impoverished communities in the Dominican Republic by partnering with Children International, a leading child sponsorship organization. Phelan's passion grows with each successive project as he sees the change in the lives of the people impacted.

Embracing technology is critically important, as 21st-century jobs will increasingly require an educated and highly skilled workforce. Over the next 10 years, 5 out of 8 new jobs and 8 out of 10 of the highest paying positions in the United States will be in careers related to science, technology, education, and math (STEM) subjects. 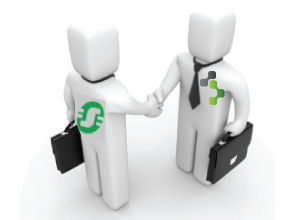 Jess Kraus, CEO and Co-Founder of Source Intelligence® added “There is a great deal of synergy with this partnership.  Schneider Electric’s expertise providing energy management and sustainability services to an impressive list of clients is a natural fit with Source Intelligence®’s expertise providing sustainability compliance services and supply chain transparency solutions.”

Earlier this month I participated in the Partners for Quality Medical Donations (PQMD) conference sponsored by FedEx and hosted by Direct Relief. Direct Relief is one of four major relief organizations with which FedEx works year round. They are the only NGO licensed to distribute pharmaceuticals in all 50 US States. Pharmaceutical companies donate product to them and they use the products to help a network of more than a thousand health clinics serve disadvantaged people across the US. They also provide medicines and medical supplies to NGOs around the world.

Luck of the Mobile: 6 Lucky Tricks to Increase Your Support Base Instantly

Do you have the “luck of the Irish” when it comes to using mobile to build solid relationships with supporters? Luck likely has nothing to do with it. As Obi-Wan Kenobi told a skeptical Han Solo, “In my experience, there is no such thing as luck.”

So how do you get “lucky” with mobile outreach? Click here to read the full blog post

eQ Video: Taking the Guilt out of Paper

Go inside a sustainably managed forest to see how Sappi is having a positive impact on the health of forests, the animals that live there, and the overall environment. You'll never look at paper the same way again. Published March 26, 2012.

Check out eQ Journal 004: Taking the Guilt out of Paper  on Sappi's eQ microsite.

Amy Luinstra, Head of Policy and Research, Better Work Program caught up with 3BL Media at the Ethical Sourcing Forum hosted by Intertek on March 7th and 8th, 2013.

March 19, 2013 /3BL Media/ - Today CorporateRegister.com launched its first annual global reporting survey ‘CR Perspectives’. This is a great opportunity for anyone interested in corporate responsibility reporting to share their views with the global CR reporting community.

CHARLOTTE, N.C., March 19, 2013 /3BL Media/ – Several hundred coaches from middle and high schools, colleges and universities, and community leagues across the Carolinas met on Thursday (March 14) to learn how to develop young men of character.