Erb Faculty Director, Joe Arvai joins Stateside to break down what this move means for the country and the environment
Jun 30, 2017 5:00 PM ET
Tweet This:
.@erbinstitute faculty, @DecisionLab breaks down what leaving the #Parisagreement means @StatesideRadio http://bit.ly/2ujDkhJ
Summary:

Listen to the full interview above to hear why the businesses that Trump claims to be helping are already shifting toward green energy, according to Arvai. You'll also hear why withdrawing from the accord could impact the United States' reputation globally and, ultimately, its economy.

President Donald Trump announced the United States would be withdrawing from the Paris Climate Accord. The agreement calls on participating countries to make efforts to limit global temperature rise.

The United States joins Syria and Nicaragua as the only countries who did not sign on to the accord.

Joe Arvai joined Stateside to break down what this move means for the country and the environment. Arvai is the Max McGraw Professor of Sustainable Enterprise and director of the Erb Institute for Global Sustainable Enterprise at the University of Michigan. He is also a member of the U.S. Environmental Protection Agency's Chartered Science Advisory Board.

Arvai was asked for his reaction to the announcement.

Pulling out of the agreement was one of Trump's campaign promises, but according to Arvai, public opinion strongly supports fighting climate change. Even among Trump voters, he said, there is a "near majority" that understand the need to reduce carbon emissions.

Trump, who has said publicly that climate change is a "hoax," is concerned that reducing carbon emissions will cause Americans to lose their jobs. Arvai said job loss is an unfortunate reality as the country shifts to using more green energy.

"When it comes to issues like climate change, there are going to be tough trade offs," said Arvai. "Yes, people will lose their jobs. I'm not going to say they're not going to. This is not unlike a lot of industrial transitions where as new innovations were introduced, the labor market and the market itself had to adjust. That's going to happen here."

"I think that we should be concerned about, and our hearts should go out to, people who may lose their jobs as a result of innovation in the name of sustainability ... and we should do everything that we can to make sure that those people land on solid footing, but we need to look out for their kids. It's their kids that are going to feel it the most," Arvai said. 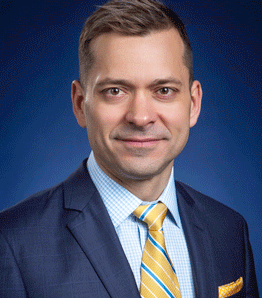