Confronted with the topic of extinct birds, filmmaker and author Ceri Levy took an unorthodox route to raising awareness. He enlisted the irreverent and intoxicating painter, Ralph Steadman, who’s most famous as the partner-in-crime and illustrator for legendary gonzo journalist, Hunter S. Thompson.

Levy and Steadman embarked on the project,Extinct Boids, and created a coffee table book that documents in colorful hilarity many species of birds that have ceased to exist on the earth, as well as some that only ever existed in the recesses of Steadman’s unrestrained mind. A portion of the proceeds of the book go to supporting wildlife preservation through BirdLife International. While the book is at once a joyful exploration of imagination and a somber reflection on conservation, the conversation you’re about to hear in which host Alex Wise attempts to keep up with the creators ofExtinct Boids is almost completely inane. 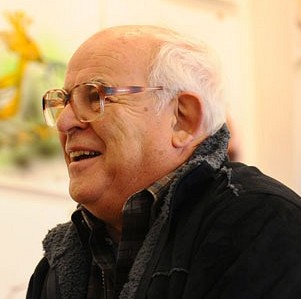