Stratham, NH based outdoor lifestyle brand, Timberland, opens its first completed project in its five-year commitment to create and restore urban green spaces starting with New York City. In partnership with local nonprofit GrowNYC, Timberland and volunteers transformed a vacant lot in the Mott Haven Neighborhood of South Bronx, New York into a vibrant community garden. The restoration project came full circle with a service event that kicks off Timberland’s busy fall season of service, and also commemorates 9/11; something Timberland has done each year since September 11, 2001 when employees volunteered at a Bronx elementary school as tragedy struck.

The revitalization project transformed the 32,000 sq-ft space from a neglected, fire-damaged lot into a garden filled with beds of growing vegetables, picnic tables and a space for the community to enjoy. As Timberland officially opened the garden in Mott Haven, Timberland president Jim Pisani announced Philadelphia will be the next city to benefit from the company’s urban greening commitment to double its footprint in five U.S. cities by 2020, just not in the way one might expect. For each of the next five years, Timberland will create or restore an amount of green space that matches or exceeds its own retail footprint ion that city. The brand’s urban greening commitment, as well as the types of projects to be done, are captured in a short video that debuted last week, entitled Shovel Cam.

“At Timberland, we are Earthkeepers,” said Atlanta McIlwraith, senior manager of community engagement and communications who served at last week’s event in the Bronx. “Service is truly a way of life for us  and there’s nothing better than having the opportunity to serve side by side with business partners and community members and to see our efforts literally come to life with all of these vegetables growing in the beds built by volunteers. Green spaces in urban areas are so important as they create safe places for community gatherings and kids to play, increase access to locally-grown produce and strengthen communities overall. It’s been amazing to kick off our commitment in the Big Apple and we look forward to supporting Philadelphia in its greening efforts next year.”

Timberland’s urban greening commitment is fueled by employee and business partner volunteers. Through Timberland’s Path of Service™ program, which was created in 1992, employees receive up to 40 paid community service hours each year. To learn more about Timberland’s proactive efforts to make a difference in this community, click through the slideshow from pictures of the Mott Haven event. 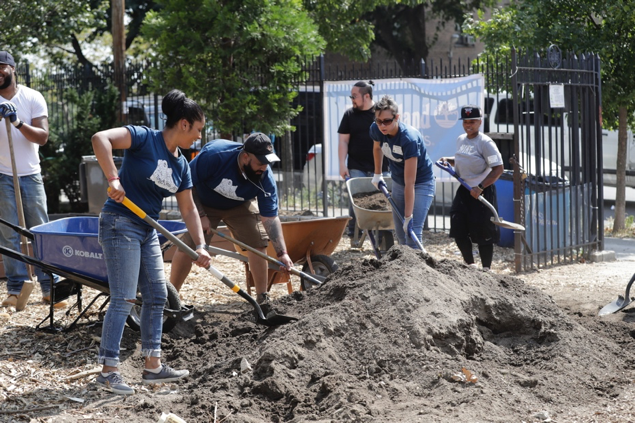 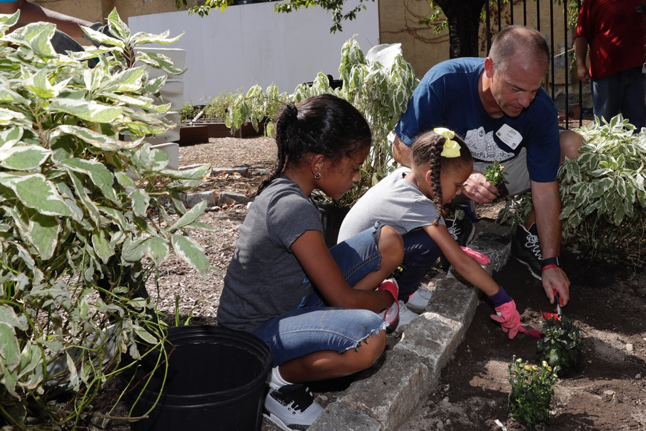 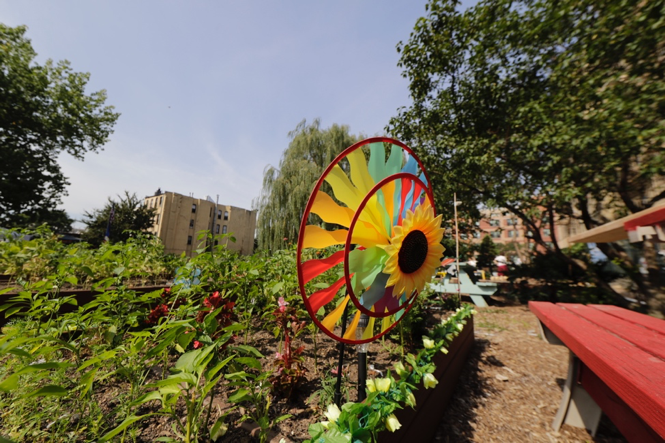 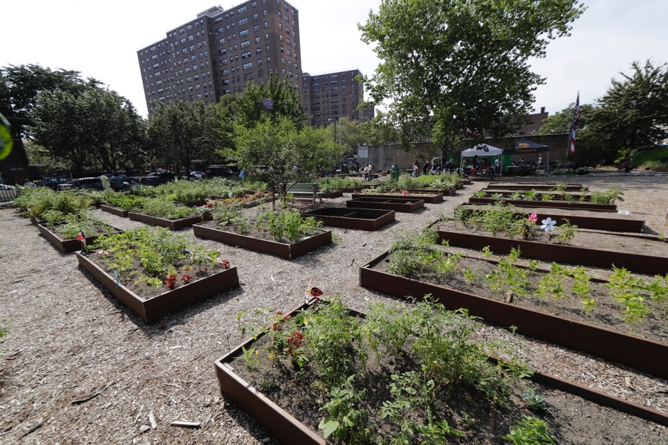 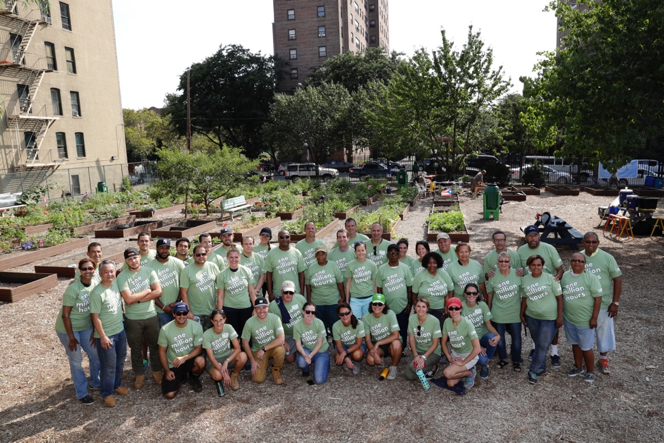 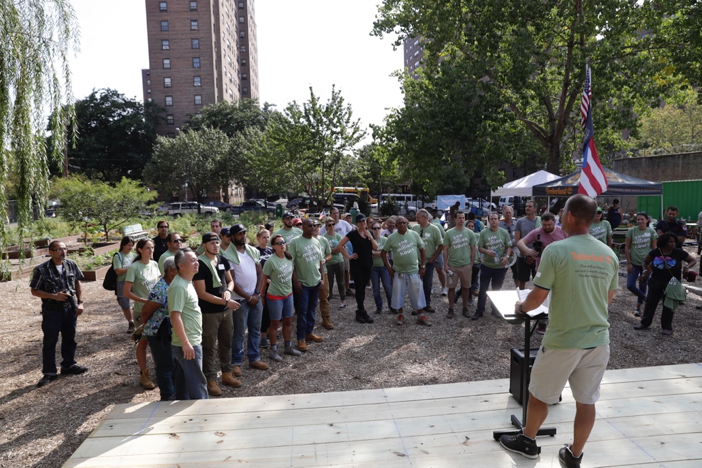