Documentary filmmaker Ken Burns has produced a new film series on the dustbowl. It features survivors, experts on climate and farming, as well as some amazing footage from the era. He’s our guest this week on Sea Change Radio. Burns and host Alex Wise discuss this important project, which is being released against the ominous backdrop of our current drought conditions.

In 2012, North America has seen a record low snowfall and a corresponding decline in rain, and the US Drought Monitor shows about 80% of the country to be suffering abnormally dry conditions with over 60% of the country already in full-fledged drought. Are there lessons from the Dust Bowl that will inform how we move forward as a nation through the impending hardship of continued drought? Ken Burns’s latest project is well-timed and ought to help in our efforts to remember the past and escape the condemnation of repeating our mistakes. 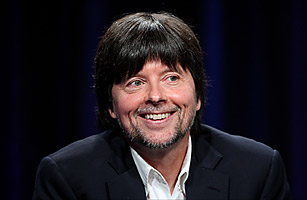