November 16, 2016 /3BL Media/ – In 2014 the Great Plains lost more acres of grasslands than the Brazilian Amazon lost to deforestation, according to a new report from World Wildlife Fund (WWF). Fifty-three million acres of America’s Great Plains have been lost since 2009, threatening important and iconic species like grasslands songbirds, the monarch butterfly, and native bumble bees.

“America’s Great Plains are being plowed under at an alarming rate,” said Martha Kauffman, WWF’s managing director of the Northern Great Plains program. “Centuries old, critical prairie habitat that’s home to amazing wildlife and strong ranching and tribal communities is rapidly being converted to cropland and most people don’t even realize it.”

The staggering rate of conversion also jeopardizes the ecological services the Great Plains provide, like filtering trillions of gallons of water, recharging our groundwater supplies and storing climate-changing carbon dioxide. According to the report, 3.2 billion metric tons of carbon dioxide emissions were released into the atmosphere due to plowing of grasslands between 2009 and 2015— the equivalent of 670 million extra cars on the road.

The 2016 Plowprint Report is the first-of-its-kind annual analysis tracking losses of the grasslands forming the ecological foundation of America’s Great Plains. In 2015 alone, 3.7 million acres of the Great Plains were converted to cropland.

Grassland loss is also contributing to declines of pollinators like bees and monarch butterflies. In fact, the report cites that one of every four species of North American bumble bee is at risk of extinction, with some species declining as much as 87 percent in the past 15 years alone.

Grassland birds are also disappearing as a result of dramatic habitat loss. Four key species—McCown’s Longspur, Chestnut-collared Longspur, Lark Bunting, and Sprague’s Pipit— have declined as much as 80 percent since the 1960s.

“With a growing population, the demands on the planet to produce food are increasing substantially. Meeting those demands will require a host of solutions like climate smart agriculture, the reduction of food waste, and improved technology. But the answer isn’t and can’t just be to plow up more land,” added Kauffman.  “Today we’re growing crops on the richest agricultural lands and have been for decades. A high percentage of what we’re plowing up now are poor soils in landscapes that regularly experience drought. So we’re losing these valuable grasslands and the unique ecological services they provide, while getting little in return.”

Kauffman states that part of the solution could be more grassland friendly provisions in the 2018 Farm Bill. WWF calls for expanding conservation-smart programs like Sodsaver and improving the way we manage crop insurance. WWF is also working with ranchers and other stakeholders in the region to co-develop programs that maximize the economic value of intact grasslands.

About World Wildlife Fund
WWF is one of the world’s leading conservation organizations, working in 100 countries for over half a century. With the support of almost 5 million members worldwide, WWF is dedicated to delivering science-based solutions to preserve the diversity and abundance of life on Earth, halt the degradation of the environment and combat climate change. Visit www.worldwildlife.org to learn more and follow our news conversations on Twitter @WWFNews. 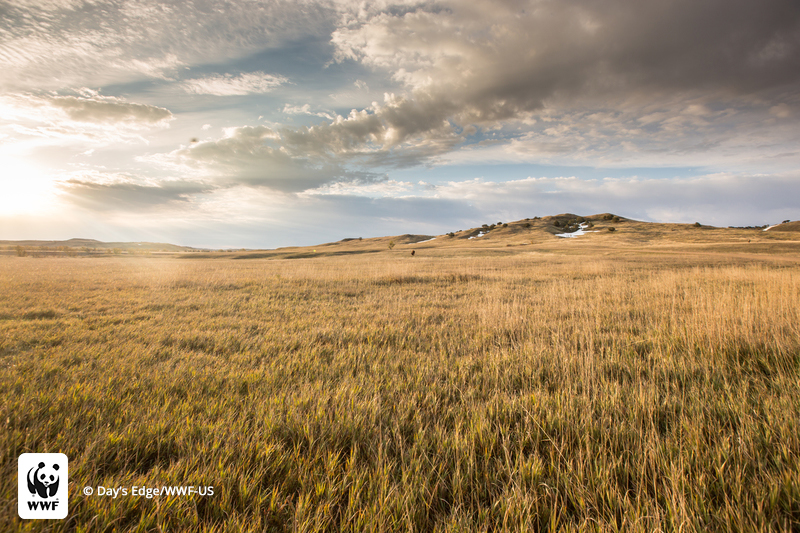