July 28, 2015 /3BL Media/ - Bank of America has pledged to increase the company’s current environmental business initiative from $50 billion to $125 billion in low-carbon business by 2025 through lending, investing, capital raising, advisory services and developing financing solutions for clients around the world.

The announcement was highlighted at the White House’s American Business Act on Climate Pledge event, which recognizes corporations for their support of action to address climate change. The event brought together executives from various industries as they pledged their support of an agreement in advance of the climate change talks in Paris scheduled for later this year. The company was represented by Purna Saggurti, Bank of America Merrill Lynch chairman of Global Corporate and Investment Banking.

The company initiative and commitment focus on energy efficiency, renewable energy and transportation, in addition to addressing other important areas like water conservation, land use and waste. This expanded second commitment builds on the company’s initial environmental business initiative established in 2007 and fulfilled in 2013, four years ahead of schedule.

“We are putting our financial capital, our intellectual capital, and the strength of our partnerships to work to help create a better future for all of us,” said Brian Moynihan, chief executive officer, Bank of America.

“We will continue to work with partners around the globe to develop innovative and scalable solutions that attract new investors and additional capital to clean energy and low-carbon infrastructure opportunities,” said Saggurti.

“Since making its original environmental business commitment in 2007, Bank of America has consistently been among the leaders in every branch of clean energy finance we track,” said Michael Liebreich, founder and chairman of the Advisory Board, Bloomberg New Energy Finance. “This new commitment means Bank of America is again setting the pace. To be considered a leading provider of financial services, in anything from energy to real estate, it’s crucial to be focused on funding low-carbon solutions, and Bank of America’s new commitment is a very significant statement.”

Bank of America has provided more than $39 billion in financing for low-carbon activities since 2007, including $12 billion in 2014 alone, of which:

In the past 12 months, Bank of America has deployed several innovative capital markets solutions designed to accelerate the funding of low-carbon projects, focusing in particular on developing the green bond market and building out its new Catalytic Finance Initiative.

Bank of America has played a leading role in the development of the rapidly expanding green bond market, issuing the first benchmark-sized corporate green bond in 2013 – a $500 million offering – followed by a second green bond for $600 million in the spring of 2015. According to Bloomberg New Energy Finance, Bank of America was the No. 1 underwriter of green bond issuances in 2014.

The company is also committed to attracting a wider array of capital to clean energy investments while delivering low-risk, solid yield opportunities for investors though the bank’s Catalytic Finance Initiative. Examples of initial projects under the initiative include:

Bank of AmericaBank of America is one of the world's leading financial institutions, serving individual consumers, small and middle-market businesses and large corporations with a full range of banking, investing, asset management and other financial and risk management products and services. The company provides unmatched convenience in the United States, serving approximately 48 million consumer and small business relationships with approximately 4,800 retail financial centers, approximately 16,000 ATMs, and award-winning online banking with 31 million active users and approximately 18 million mobile users. Bank of America is among the world's leading wealth management companies and is a global leader in corporate and investment banking and trading across a broad range of asset classes, serving corporations, governments, institutions and individuals around the world. Bank of America offers industry-leading support to approximately 3 million small business owners through a suite of innovative, easy-to-use online products and services. The company serves clients through operations in all 50 states, the District of Columbia, the U.S. Virgin Islands, Puerto Rico and more than 35 countries. Bank of America Corporation stock (NYSE: BAC) is listed on the New York Stock Exchange. 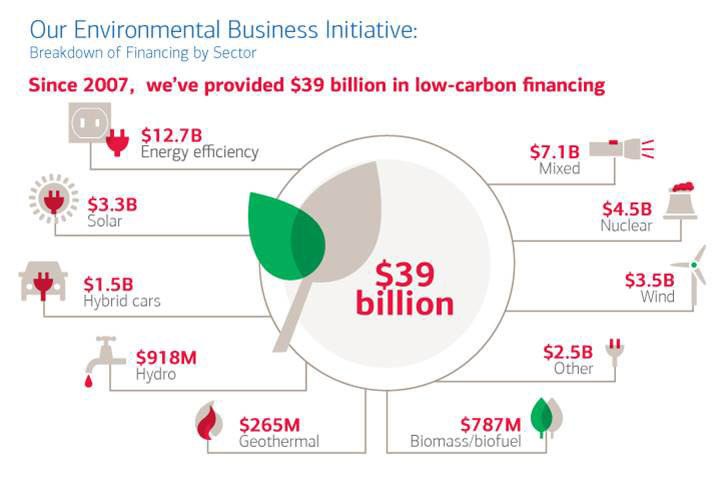 More from Bank of America