December 5, 2014 /3BL Media/ - As part of its Social Responsibility commitments, Grupo Financiero Banorte donated an area of 1,500 hectares located in the state of Sonora, which will serve as space for the conservation of the jaguar, one of the most endangered species of Mexico's wildlife.

This tract of land donated to Naturalia, an organization that promotes the preservation of ecosystems and wildlife, will complement the Northern Jaguar Reserve (Reserva Jaguar del Norte), the first Mexican sanctuary aimed mostly at protecting this feline and which currently is comprised of 20,300 hectares.

During the symbolic transfer of the donation, Fausto Hernández Pintado, Chief Strategic Planning and Value Creation Officer at Grupo Financiero Banorte said, "It is necessary for companies to become involved in the implementation of initiatives such as the ones Naturalia develops, and we enthusiastically support the conservation of Mexico's biodiversity by committing ourselves to this project and to the protection of the jaguar".

Oscar Moctezuma, founding Director of Naturalia stated, "In the face of complex environmental issues confronting our planet, the participation of all sectors is necessary to guarantee sustainability that in turn ensures prosperity for societies and viability for businesses. Only visionary companies that prepare for the future and are committed to society, such as Grupo Financiero Banorte, will be able to transcend and with their help we can preserve the wonderful biodiversity of our country".

The jaguar (Panthera onca) is crucial for the healthy functioning of the ecosystems where it inhabits. It is however one of the most endangered species of Mexico's wildlife because more than 60% of the territory it originally occupied in Mexico has disappeared and, in those areas where it still survives, continues to decline due to human persecution and the destruction of its habitat.

An effective strategy to efficiently protect the national biodiversity has been the establishment of shelters and ecological reserves, where many species and ecosystems can find adequate protection to ensure their recovery and conservation. The larger the reserves, the greater the positive impact on conservation.

Banorte will also work with Naturalia in the development of various initiatives that will seek to involve Banorte customers and allies in the protection of the Northern Jaguar Reserve and the jaguar as a species.

During the event which was attended by Banorte customers and employees, an art auction was held, which marked the beginning of steps taken that will contribute to generating financial resources for the long-term management and protection of the Northern Jaguar Reserve. 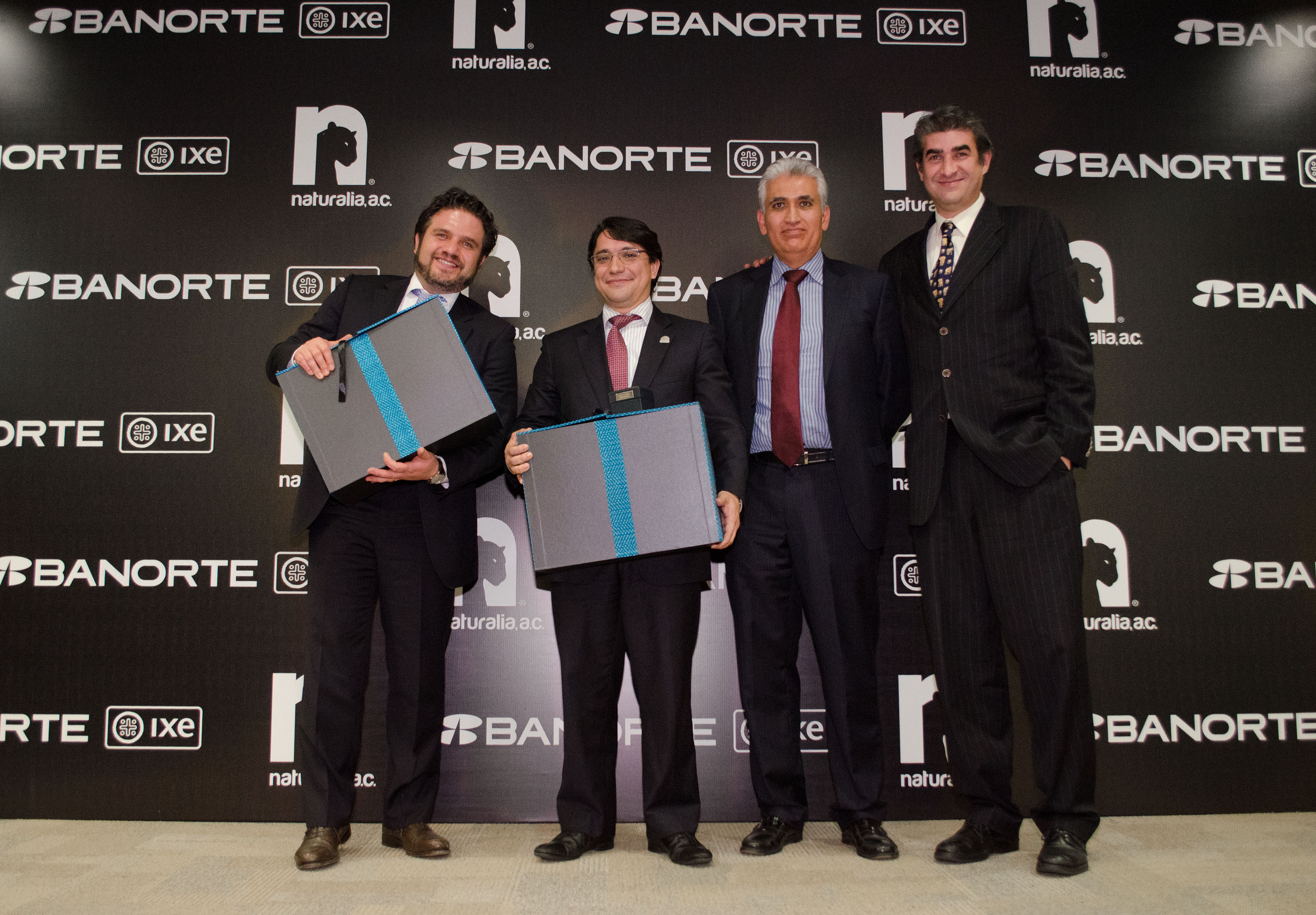