“Making life better for the community is a goal that Special Olympics Texas and CITGO both share,” said Margaret Larsen, President and CEO of SOTX. “CITGO has supported Special Olympics Texas for more than two decades and the efforts of its Corpus Christi volunteers help make the Area 2 Spring Games a fun and fulfilling competition for our athletes.”

CITGO, its refineries and Marketers and Retailers are strongly committed to helping the communities in which they operate. In 2015, CITGO Corpus Christi Refinery volunteers donated more than 240 hours of their time to Special Olympics activities. In addition to the annual Area 2 Spring Games, the CITGO Corpus Christi Refinery supported several Special Olympics events, including a family night, an annual conference and a fire truck pull, with the goal of improving quality of life and encouraging camaraderie among Special Olympics athletes. The CITGO Corpus Christi Refinery and its employees have also given their time and support to many other community organizations, including the Muscular Dystrophy Association, United Way and Charlie’s Place. Corpus Christi’s CITGO Miracle League Field empowers children with mental or physical disabilities to play baseball on a cushioned synthetic turf accommodating wheelchairs and other walking assistance devices, while preventing injuries.

“At CITGO, we greatly value our long history with Special Olympics, as we share its commitment to building inclusive communities by providing the joy and inspiration of sport to our friends with intellectual disabilities,” said Art Klein, Vice President and General Manager of the CITGO Corpus Christi Refinery. “Special Olympics Texas has made these Spring Games a very special day for hundreds of competitors throughout the Lone Star State, and we look forward to being a part of this event each year.”

The CITGO commitment to Special Olympics stretches far beyond the State of Texas, with CITGO refineries, Marketers and Retailers in 27 states and Washington, D.C., contributing to the cause. Last summer, CITGO served as the official fuel sponsor for the Special Olympics’ Unified Relay Across America, which brought the Flame of Hope along three routes traversing the country destined for Los Angeles, site of the 2015 Special Olympics Summer World Games. CITGO provided fuel for 36 support vehicles traveling with the torch along each of the three simultaneous routes.

About CITGO
CITGO, based in Houston, is a refiner, transporter and marketer of transportation fuels, lubricants, petrochemicals and other industrial products. The company is owned by CITGO Holding, Inc., an indirect wholly owned subsidiary of Petróleos de Venezuela, S.A., the national oil company of the Bolivarian Republic of Venezuela. For more information, visit http://www.citgo.com/. 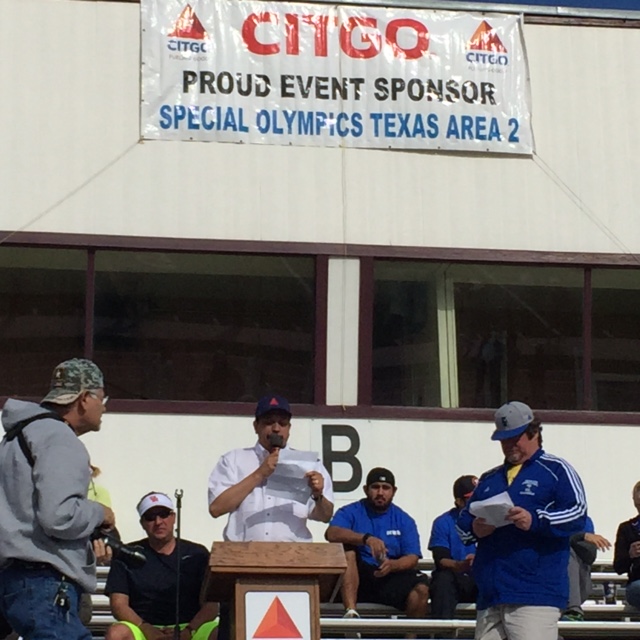