Red Sox fans and CITGO customers alike can stop by the designated gas stations to fill up their tank at the branded Spirit Pump and a portion of their fuel purchase will be donated directly to the Red Sox Foundation. In addition to the Red Sox Spirit Pumps, customers can look for “Fuel Change” donation boxes or receive a one-of-a-kind Red Sox Foundation baseball mobile at the register by donating $1 or $5 to support the organization.

“We greatly appreciate the Red Sox pride and support that CITGO and its Marketers are providing at their stations throughout New England,” said Gena Borson, Executive Director of the Red Sox Foundation. “Not only are the CITGO Red Sox Foundation Spirit Pumps helping to fuel our enrichment programs and activities at the foundation, but they are also encouraging local residents to get involved and share the responsibility for improving our communities.”

“We look forward to contributing to the fantastic educational and community service programs of the Red Sox Foundation that serve children and families across New England,” said Alan Flagg, CITGO Assistant Vice President of Supply and Marketing. “The Red Sox Foundation Spirit Pump initiative is just one way that CITGO and its local Marketers and Retailers fuel good for others, not only in New England communities, but in cities throughout the 29 states in which CITGO operates.”

To learn more about the Spirit Pump campaign and other ways to support the Red Sox Foundation, visit www.redsoxfoundation.org. For more about how CITGO is fueling good in other communities across the country, visit www.fuelinggood.com.

A 501(c)(3) nonprofit, the Red Sox Foundation raises funds through special events, corporate sponsorships and grants. Founded and initially funded by Red Sox Principal Owner John Henry, Chairman Tom Werner, President/CEO Emeritus Larry Lucchino and their partners, the Red Sox Foundation has won numerous awards for the impact of its innovative programs. In 2010, the Foundation’s Red Sox Scholars program was recognized by Major League Baseball with the first-ever “MLB Commissioner’s Award for Philanthropic Excellence.” In 2009, the Red Sox Foundation was honored by the Robert Wood Johnson Foundation and the Sports Philanthropy Project with the Patterson Award as the nation’s “Best Team Charity in Sports.”  For more information about the foundation, visit redsoxfoundation.org.

About CITGO
CITGO is committed to giving back to the local communities it serves through its network of locally owned CITGO locations. CITGO Marketers and Retailers in Massachusetts own and operate nearly 120 CITGO locations and are proud to support their communities. For more information on the positive impact of the locally owned CITGO stations, visit www.fuelinggood.com.

CITGO, based in Houston, is a refiner, transporter and marketer of transportation fuels, lubricants, petrochemicals and other industrial products. The company is owned by CITGO Holding, Inc., an indirect wholly owned subsidiary of Petróleos de Venezuela, S.A., the national oil company of the Bolivarian Republic of Venezuela. For more information, visit www.CITGO.com. 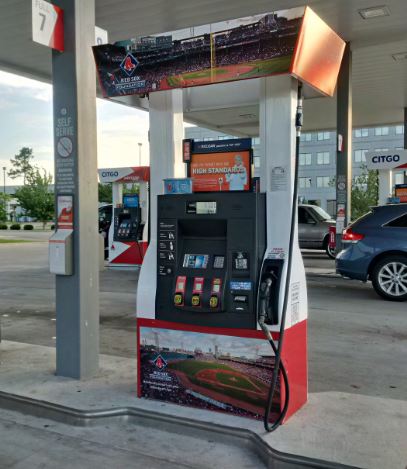