Duke Headlines the Field for the 2014 Coaches vs. Cancer Classic at Barclays Center in Brooklyn

Blue Devils to be joined by Stanford, Temple and UNLV For the Championship Rounds November 21 and 22
Mar 4, 2014 10:00 AM ET
Tweet This:
Teams announced for the 2014 @CoachesvsCancer Classic at @barclayscenter this November. http://3bl.me/ckfq9y
Press Release

BROOKLYN, NY, March 4, 2014 /3BL Media/ – On November 21 and 22, perennial Top Ten team Duke University will join Stanford University, Temple University and the University of Nevada Las Vegas at Barclays Center in Brooklyn for the championship rounds of the 2014 Coaches vs. Cancer Classic®, an annual basketball event hosted by the Coaches vs. Cancer program, a nationwide collaboration between the American Cancer Society® and the National Association of Basketball Coaches.  The event will benefit the American Cancer Society to support their mission to save more lives and help finish the fight against cancer.

The semifinal matchups will be held on Friday, November 21.  The finals will take place the following day, Saturday, November 22, beginning with the consolation game, followed by the championship game with all four games being broadcast exclusively on truTV.

Tickets for the championship round games at Barclays Center will be available Monday, March 10, beginning at 10:00am EDT and may be purchased through www.ticketmaster.com,  www.cvcclassic.com, www.barclayscenter.com or by calling 800-745-3000.  Proceeds benefit the American Cancer Society.

The complete bracket, including matchups and television broadcast times for the 2014 Coaches vs. Cancer Classic will be announced at a later date.

For more information on the 2014 Coaches vs. Cancer Classic, please visit www.cvcclassic.com and follow us on twitter @CVCClassic.

Duke - Ranked in the top 10 with an overall record of 23-6…… currently tied for third place in the ACC with a record of 12-4…. Led by freshman forward Jabari Parker and sophomore forward Rodney Hood …….  The Blue Devils own the consensus number one recruiting class for next season featuring center Jahlil Okafor and point guard Tyus Jones………..Legendary Duke Head Coach Mike Krzyzewski had this to say about participating in the 2014 Coaches vs. Cancer Classic: “At Duke, we are excited to play in an outstanding field that includes Stanford, Temple and UNLV at the 2014 Coaches vs. Cancer Classic. Not only will the basketball be terrific, but the mission of the tournament – to increase cancer awareness and support to defeat the disease – is even more important. The opportunity to play in high level games at Brooklyn’s Barclays Center, one of the best facilities in all of sports, is an added bonus for us.”

Stanford- Having one of their better seasons in recent history with an overall record of 18-10……. Currently tied for fourth place in the PAC-12 with a conference record of 9-7…….Looking to make the NCAA Tournament field for the first time since the 2007-08 season ……. Led by junior guard Chasson Randle and junior swingman Anthony Brown ……. Cardinal Head Coach Johnny Dawkins, in his 6th season in Palo Alto, stated:  “We are thrilled to be participating in next year’s Coaches vs. Cancer Classic, which has built a reputation as one of the premier non-conference tournaments while also advocating on behalf of such an important cause. We are excited to be part of such a competitive field; one that will serve as an early-season test prior to Pac-12 play. Both of our trips to Barclays Center this fall resulted in positive experiences for our program and the atmosphere on game-day was terrific.”

Temple- Experiencing a difficult 2013-14 season with an overall record of 7-21…….. In their first season in the new America Athletic Conference, the Owls have a 2-14 record……. Facing missing out on the NCAA Tournament for the first time since 2007…….. Led by senior guard Dalton Pepper and junior guard Will Cummings……. Fran Dunphy, Head Coach of the Owls since 2006 said: "It is an honor to be participating in such a prestigious tournament as the Coaches vs. Cancer Classic. The Coaches vs. Cancer Classic Program is something that we, as coaches, are proud to support.  So to be playing in this tournament is not only great for our team and our fans, but also helps to continue to raise awareness and money to combat this deadly disease."

UNLV- Currently standing at 19-10 overall, with a 10-6 record in the Mountain West Conference, good for third place…….. Attempting to avoid missing the NCAA Tournament for only the second time since 2006……. Led by junior guard Bryce Dejean-Jones and junior forward Khem Birch……… Also boasts the 6th ranked recruiting  class for next season, featuring Rashad Vaughn, Goodluck Okonoboh, and Dwayne Morgan……… Head Coach Dave Rice had this to say about playing in the 2014 Coaches vs. Cancer Classic:  "We are honored to play in this prestigious event and to be included with such a strong field. We haven't played in New York in many years and are excited for the opportunity to play on a national stage." 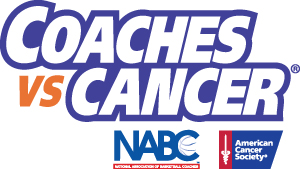