KINGSPORT, Tenn., April 6, 2015 /3BL Media/ – The U.S. Environmental Protection Agency (EPA) has recognized Eastman Chemical Company (NYSE:EMN) with a 2015 ENERGY STAR® Partner of the Year - Sustained Excellence Award for the richness of its energy management program and continued leadership in superior energy management. Through its partnership with the ENERGY STAR program since 2008, Eastman has made impactful improvements in its energy performance, resulting in energy intensity reductions, cost savings and lowered emissions.

“It is an honor to be recognized once again by the EPA with the ENERGY STAR Partner of the Year - Sustained Excellence Award,” said Mark Costa, Chairman and CEO of Eastman. “This achievement is a testament to the hard work and commitment of the men and women at Eastman who continue to chart new territory for our industry in sustainability. I could not be more proud of our worldwide energy team and deeply appreciate the tremendous effort required throughout the company to drive improvements and achieve this recognition.”

“The involvement of Eastman’s senior management in our energy program has been a key to our success,” said Sharon Nolen, manager of Eastman’s worldwide energy program. “I appreciate the support we receive from management, including funding, resources and encouragement to continue our efforts.  None of these improvements could have been made, however, without the contributions of many employees around the globe. Their dedication coupled with our participation in ENERGY STAR’s industrial program continues to enable us to make improvements.”

EPA’s annual ENERGY STAR Awards honor organizations that have made outstanding contributions to protecting the environment through superior energy efficiency. The award winners are selected from nearly 16,000 partners that participate in the ENERGY STAR program and will be recognized at an awards ceremony in Washington, D.C., on April 20, 2015.

Eastman is a global specialty chemicals company that produces a broad range of products found in items people use every day. With a portfolio of specialty businesses, Eastman works with customers to deliver innovative products and solutions while maintaining a commitment to safety and sustainability. Its market-driven approaches take advantage of world-class technology platforms and leading positions in attractive end-markets such as transportation, building and construction, and consumables. Eastman focuses on creating consistent, superior value for all stakeholders. As a globally diverse company, Eastman serves customers in approximately 100 countries and had 2014 revenues of approximately $9.5 billion. The company is headquartered in Kingsport, Tennessee, USA and employs approximately 15,000 people around the world. For more information, visit www.eastman.com.

ENERGY STAR was introduced by the U.S. Environmental Protection Agency in 1992 as a voluntary market-based partnership to reduce greenhouse gas emissions through increased energy efficiency. Today, ENERGY STAR offers businesses and consumers energy-efficient solutions to save energy, money, and help protect the environment for future generations. 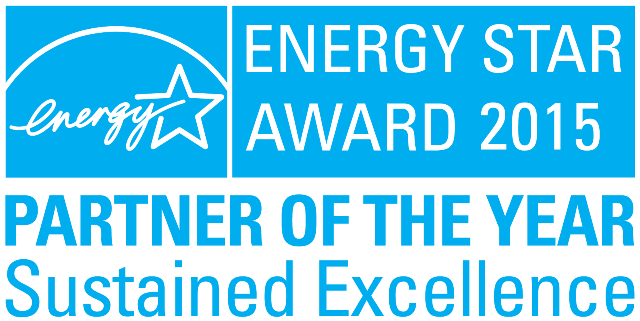