Innovative plant, the first on the European continent, opens as part of Mars, Incorporated’s ‘Sustainable in a Generation’ approach to minimize the impacts of its operations on the environment
Nov 7, 2014 5:35 PM ET
Tweet This:
Innovative anaerobic treatment plant opened by Mars Netherlands as part of "Sustainable in a Generation" goals http://3bl.me/65xnab
Press Release

Veghel, Netherlands, November 7, 2014 /3BL Media/ -  Mars Chocolate Veghel is proud to announce the official opening of a brand new anaerobic wastewater treatment plant, the first of its kind in Europe. The innovative treatment plant purifies 99% of wastewater though a biological process, using cutting edge anaerobic Memthane technology. The biogas released during this process generates energy that helps to power the onsite chocolate factory.

The innovative plant opens as part of Mars, Incorporated’s ‘Sustainable in a Generation’ approach and goals, which aim to minimize the impacts of its operations on the environment, marks another significant step towards its goal of reaching 100% sustainable operations by 2040. Read more about how we seek to understand and prioritize the impacts of our business. 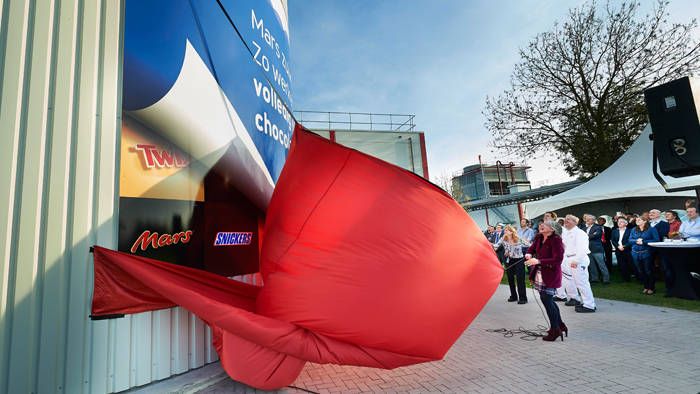