The Awards recognize individuals and groups at the forefront of sustainability in the “built” environment
Nov 8, 2014 9:20 AM ET
Tweet This:
.@MarsGlobal was recognized with the 2014 Ray Anderson Radical Industrialism Award for its #sustainability efforts: http://3bl.me/avap8m
Press Release

Washington, D.C., November 8, 2014 /3BL Media/ — Mars, Incorporated has been presented with the Ray Anderson Radical Industrialism Award, at the U.S. Green Building Council’s (USGBC) 2014 Leadership Awards Luncheon on Thursday. The awards set out to celebrate individuals and groups at the forefront of sustainability in the “built” environment who are committed to advancing the industry.

The award sponsored by Ray C. Anderson Foundation is in memory of the legendary leader of Interface, Inc. who was a pioneer of corporate sustainability and influential around LEED green building certification. Ray visited the Mars McLean global office in the early days of its sustainability program, and the work from Interface helped shape Mars’ innovative approach.

Mars received special recognition for its Sustainable in a Generation (SiG) commitment to eliminate all greenhouse gas emissions from its direct operations by 2040 and how it influences how it builds, designs and manages its operations. This effort also underscores Mars’ commitment for all new buildings to achieve LEED gold certification or higher.

Since 2011, Mars, has aimed to achieve LEED Gold certification for all new major buildings globally with nearly 10 sites/factories that include:

“As the green building movement continues to grow throughout the world, it is even more important to recognize the leaders who set the bar for others and who are always pushing the envelope toward a sustainable future,” said Rick Fedrizzi, CEO and founding chair, USGBC. “We are proud to recognize our Leadership Award recipients for their commitment to our mission and to their contributions to advancing our industry.” 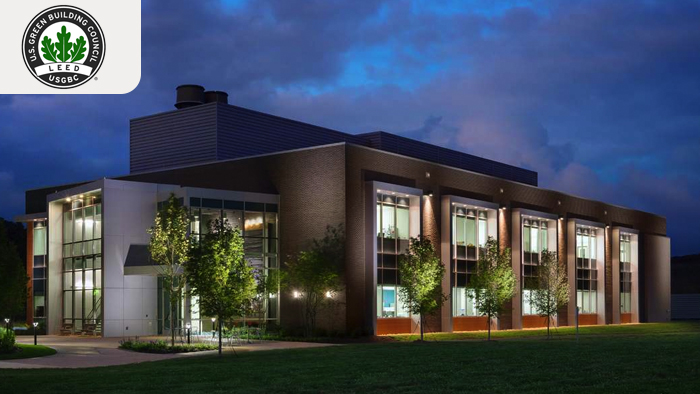