The annual report, titled “MGM Cares” – the company’s CSR brand, is available now for download at the company’s website, www.mgmresorts.com/csr. It describes MGM Resorts’ CSR philosophy, governance and culture, and summarizes MGM Resorts’ developments in the pillars of Diversity and Inclusion, Philanthropy and Community Engagement and Environmental Sustainability. Last year’s CSR efforts were a continuation and expansion of a commitment the company made officially in 2000, when MGM Resorts pioneered the gaming industry’s first formal diversity and inclusion initiative. Since then, the company’s CSR platform has grown and is the foundation upon which its culture is built.

“I’m so proud of our 75,000 employees, who are really leading the charge in CSR,” said Jim Murren, Chairman & CEO of MGM Resorts International. “They are the ones who volunteer their time to support our communities by feeding the hungry, cleaning up neighborhood blight, reading to school children, mentoring at-risk students, and much more. They help us to continuously integrate CSR best practices at all levels of our company’s operations. We firmly believe that our CSR initiatives make us both a better company and a better corporate citizen, as we endeavor to help build better communities.”

*     *      *
About MGM Resorts International
MGM Resorts International (NYSE: MGM) is one of the world's leading global hospitality companies, operating a portfolio of destination resort brands including Bellagio, MGM Grand, Mandalay Bay and The Mirage. The Company opened MGM National Harbor in Maryland on December 8, 2016, and is in the process of developing MGM Springfield in Massachusetts. MGM Resorts controls and holds a 76 percent economic interest in the operating partnership of MGM Growth Properties LLC (NYSE: MGP), a premier triple-net lease real estate investment trust engaged in the acquisition, ownership and leasing of large-scale destination entertainment and leisure resorts. The Company also owns 56 percent of MGM China Holdings Limited (SEHK: 2282), which owns MGM MACAU and is developing MGM COTAI, and 50 percent of CityCenter in Las Vegas, which features ARIA Resort & Casino. MGM Resorts is named among FORTUNE® Magazine's 2016 list of World's Most Admired Companies®. For more information about MGM Resorts International, visit the Company's website at www.mgmresorts.com. 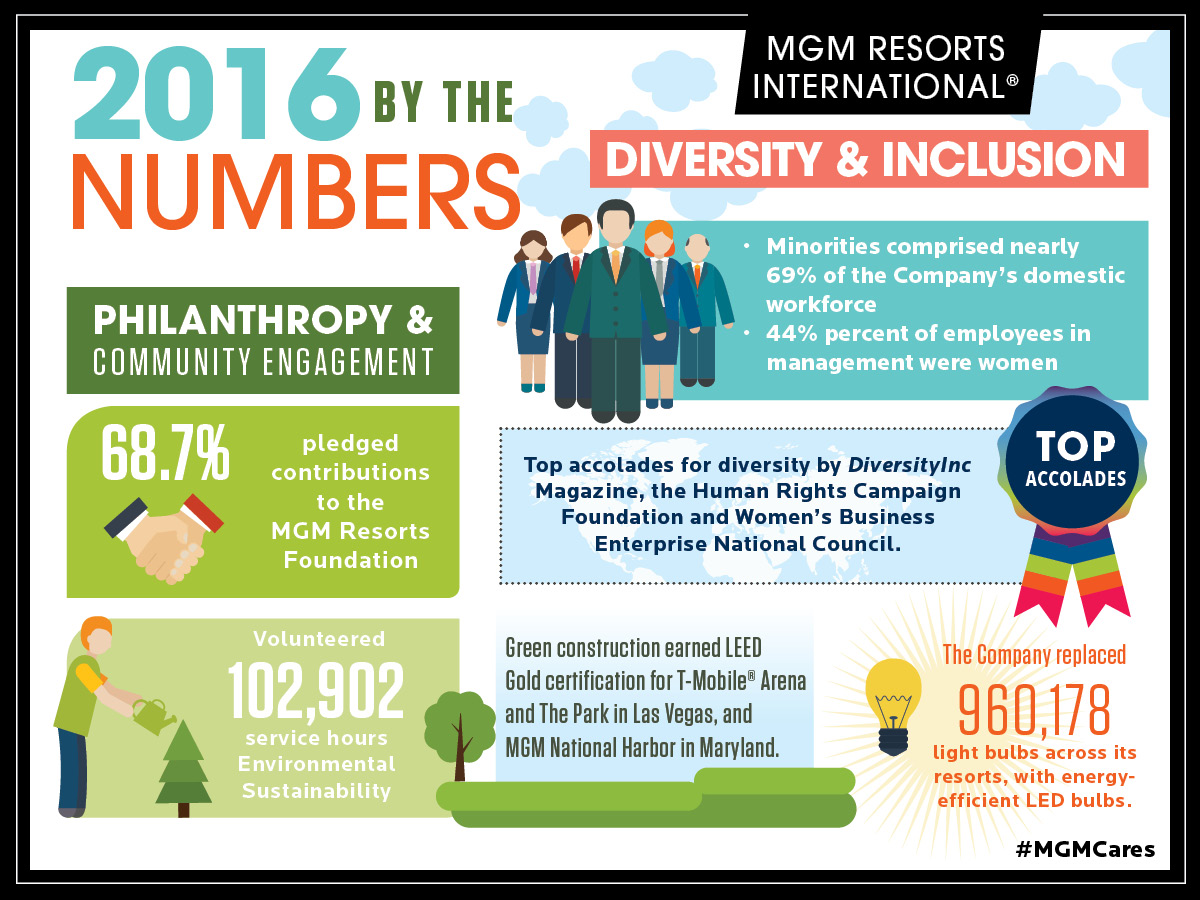