DETROIT, October 27, 2015 /3BL Media/ – In honor of National Energy Action Month, General Motors is leveraging its 20-year partnership with the U.S. Environmental Protection Agency’s ENERGY STAR® program to find more ways to reduce the energy intensity of its facilities and decrease its impact on climate change.

About 75 percent of GM’s energy is consumed at its assembly plants. All GM plants participate in ENERGY STAR’s Challenge for Industry program to find ways to use less energy and emit less carbon. GM now has 73 plants that have met the challenge by reducing energy intensity by at least 10 percent in five years or less.

Ten plants met the Challenge in 2015; three of which were first-time achievers and seven that found new ways to again reduce their energy intensity. First-timers:

Building on this success, GM is making its non-manufacturing facilities a focus of a new energy reduction campaign. The company is using ENERGY STAR’s “Bring Your Green to Work” initiatives to educate employees about saving energy in the office.

Throughout its 20-year partnership with ENERGY STAR, GM’s U.S. facilities have realized $435 million in energy savings by reducing energy intensity by 40 percent and carbon dioxide emissions by 41 percent. Despite increased production throughout these facilities during the past two decades, the plants collectively are using less energy and thereby reducing use of carbon-emitting fossil fuels that power them.

“With ENERGY STAR tools and resources, we’re continuing to find ways to reduce the energy at our facilities both new and old,” said Al Hildreth, GM’s global energy manager. “The organization provides a unique networking of corporate partners and government agencies who share best practices. Together we collaborate and find ways to mitigate climate change.”

GM Spring Hill Assembly Plant reduced energy intensity by 33 percent in just two years – the biggest energy savings among the company’s 2015 achievers. The facility installed variable frequency drives to make the most of pump and fan motors to better match the load size of heating and cooling needs. It also installed energy-efficient fluorescent lighting and LED fixtures throughout the plant.

“’Shut It Off’ became a catchphrase throughout the plant,” and said Bob Randazzo, site utilities manager at Rochester Operations. “It encouraged all employees to get involved in energy savings.”

GM’s seven repeat achievers demonstrate there is always more to be done in energy conservation. The company is committed to reducing the energy and carbon intensity of its facilities by 20 percent by 2020 over a 2010 baseline. Despite operating in severe winter climates, GM reduced both by 11 percent between 2010 and 2014 and is on track to meet its goal. 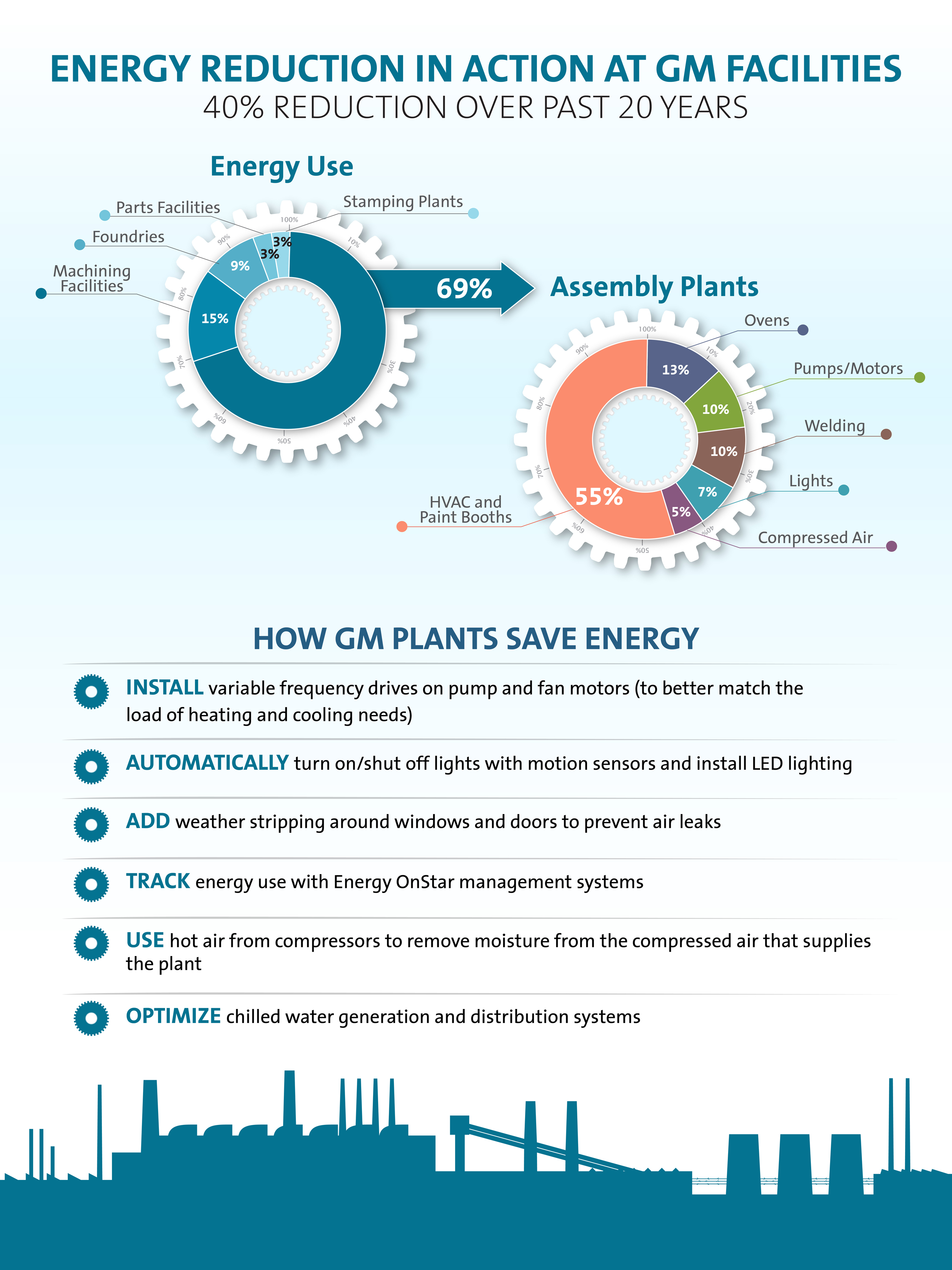 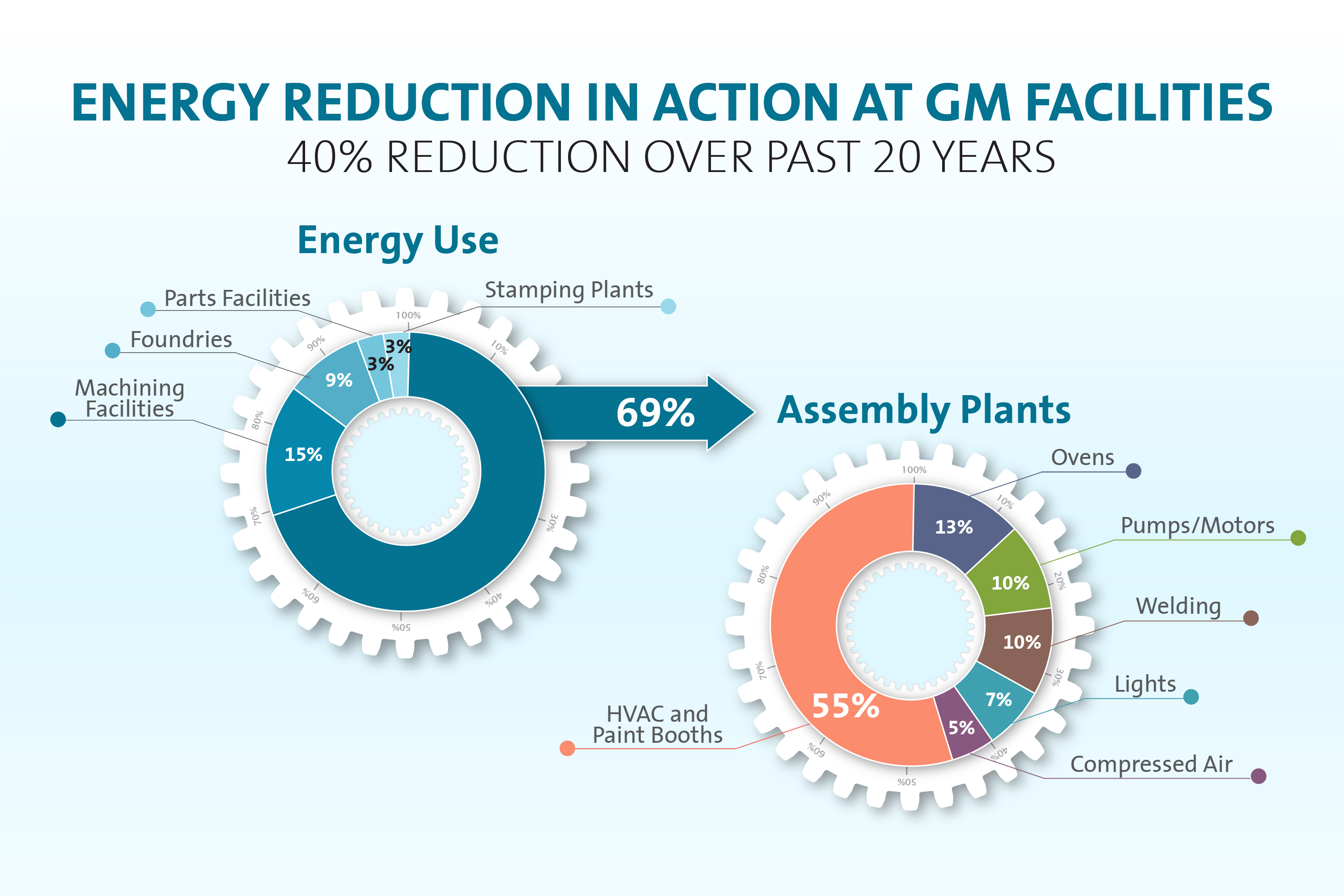 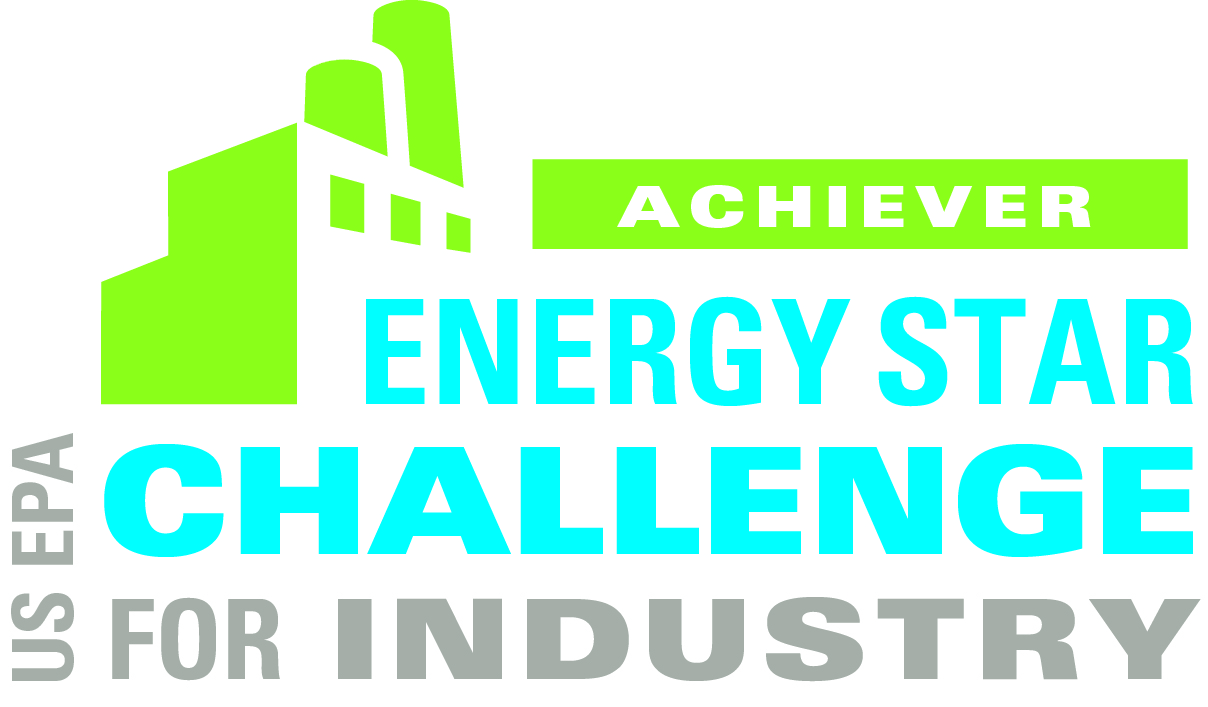 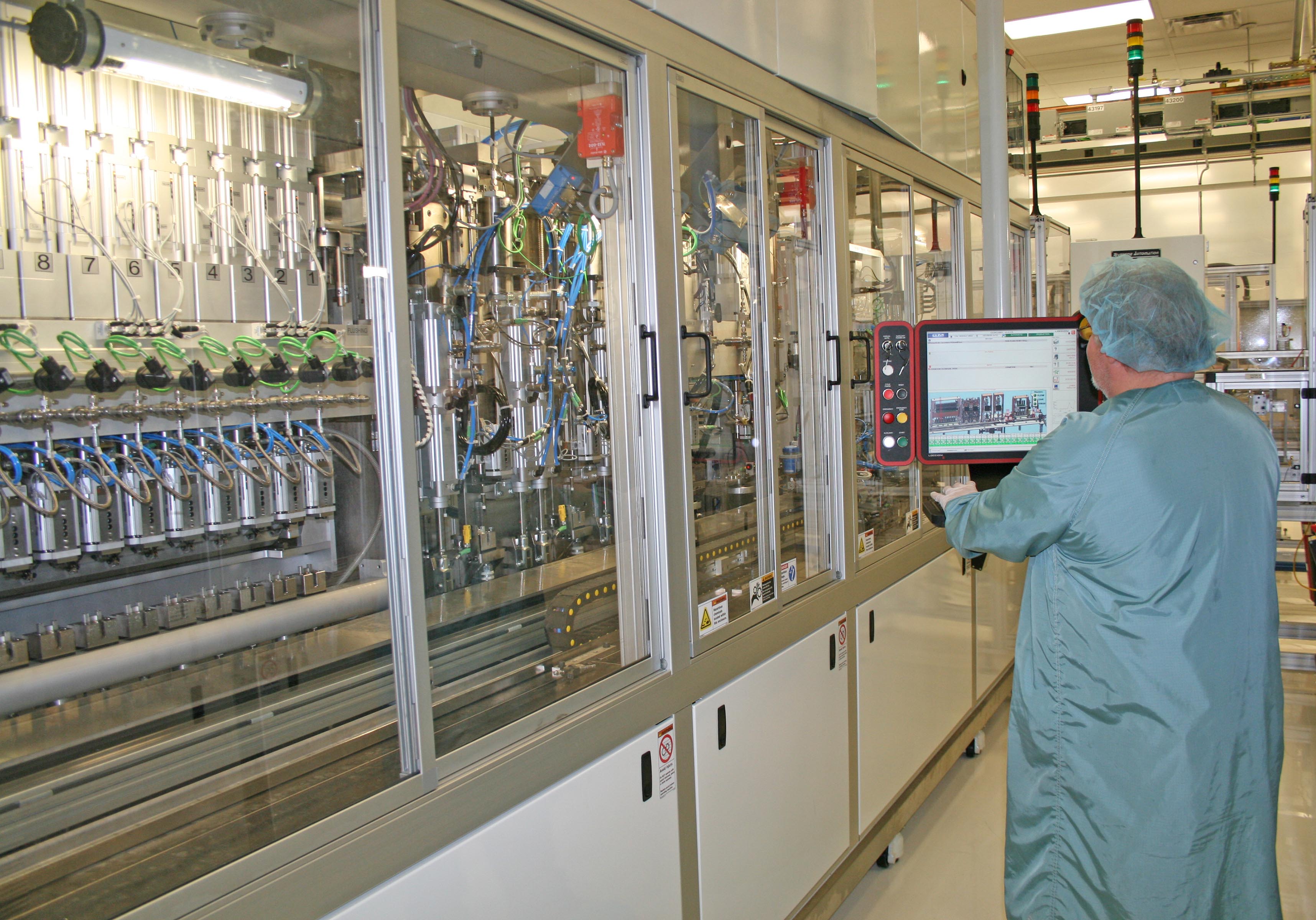 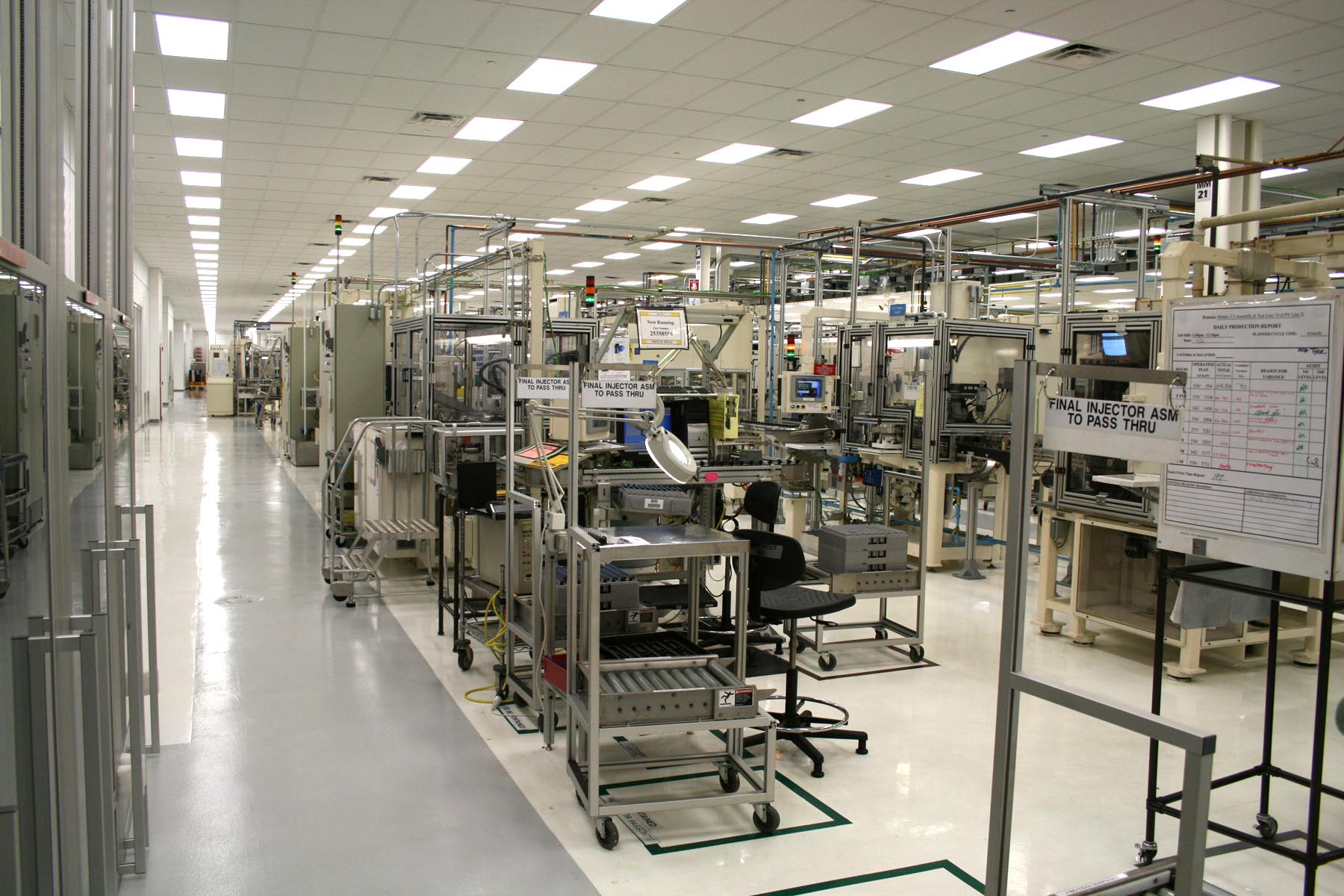 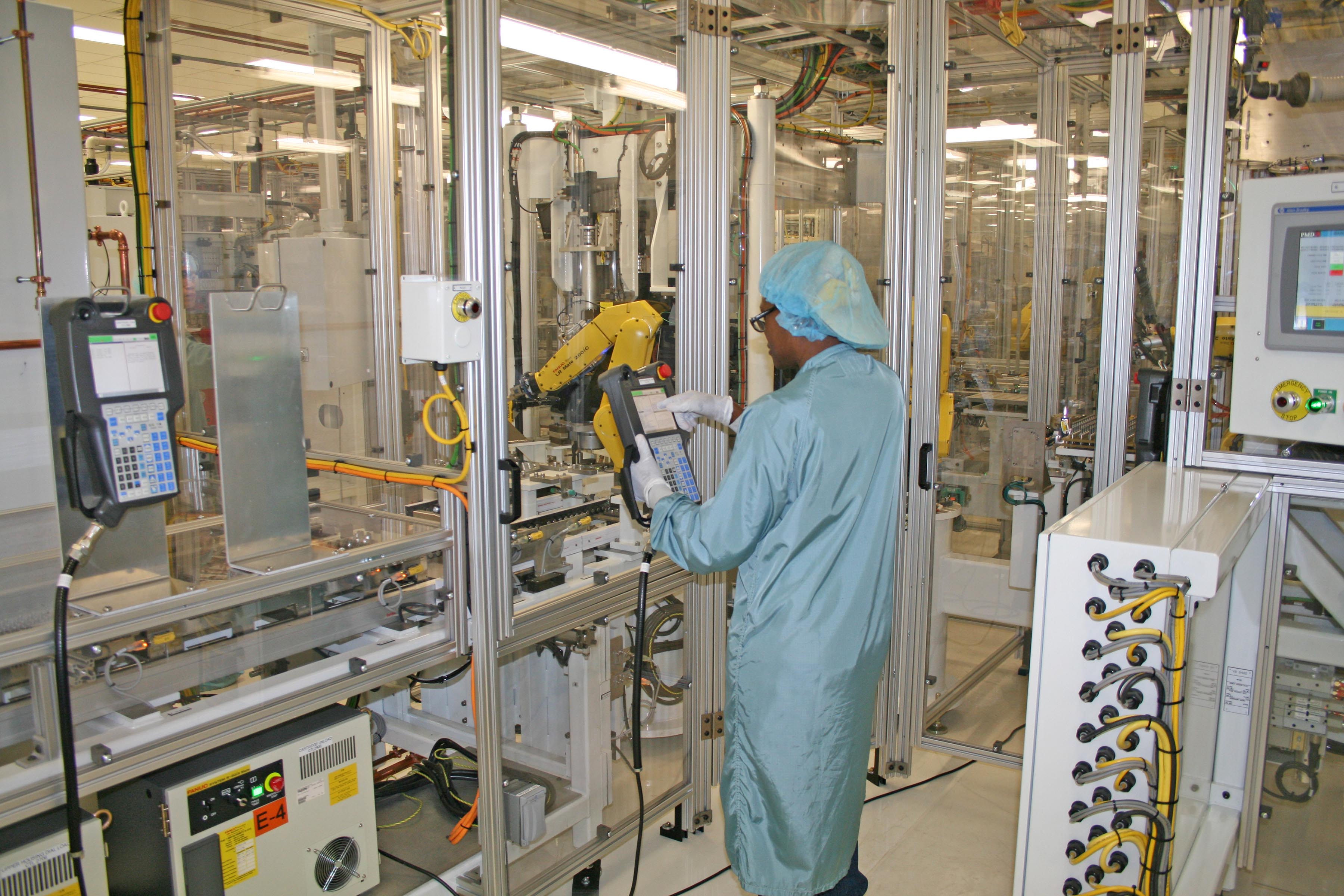