“Our safety train allowed us to expand our outreach to more first responders and emergency personnel in more communities than ever before, equipping them with education and resources to help raise their level of emergency preparedness in the unlikely event of a rail incident,” said David Schoendorfer, system manager hazardous materials. “The training also helped us build relationships with first responders across our network.”

At each location, NS hazardous materials experts led a four-hour course that included classroom and interactive teaching. The safety train consists of a dedicated locomotive, two boxcars converted into classrooms, four types of railroad tank cars used in transporting all types of chemicals, and two specially equipped flat cars with a variety of tank-car valves and fittings. The train is part of Norfolk Southern’s “Operation Awareness and Response” program to connect emergency responders in Norfolk Southern communities with training resources and to strengthen relationships with local first responders. To get more information on training go to www.joinNSOAR.com.

Part of the training focused on AskRail™, a mobile application that provides first responders immediate access to real-time data about the type of hazardous material a rail car is carrying, helping them to make informed decisions about how to respond to a rail emergency. AskRail™ was created by the Class I railroads for use by bona-fide emergency responders and can be requested by downloading the app from the Google Play Store or the Apple App Store and completing the registration process.

During 2016 Norfolk Southern has trained more than 5,300 emergency responders across its operating territory through classroom seminars, hands-on sessions with rolling stock, table-top simulations, full-scale drills, and exercises at training centers operated by NS and the Association of American Railroads. NS also hosted more than 40 first responders from communities across the NS network at crude-by-rail incident response training at the Security and Emergency Response Training Center (SERTC) in Pueblo, Co. Since 2012, NS’ hazmat professionals have trained more than 24,500 first responders in communities along the railroad’s network.

About Norfolk Southern
Norfolk Southern Corporation (NYSE: NSC) is one of the nation’s premier transportation companies. Its Norfolk Southern Railway Company subsidiary operates approximately 20,000 route miles in 22 states and the District of Columbia, serves every major container port in the eastern United States, and provides efficient connections to other rail carriers. Norfolk Southern operates the most extensive intermodal network in the East and is a major transporter of coal, automotive, and industrial products. 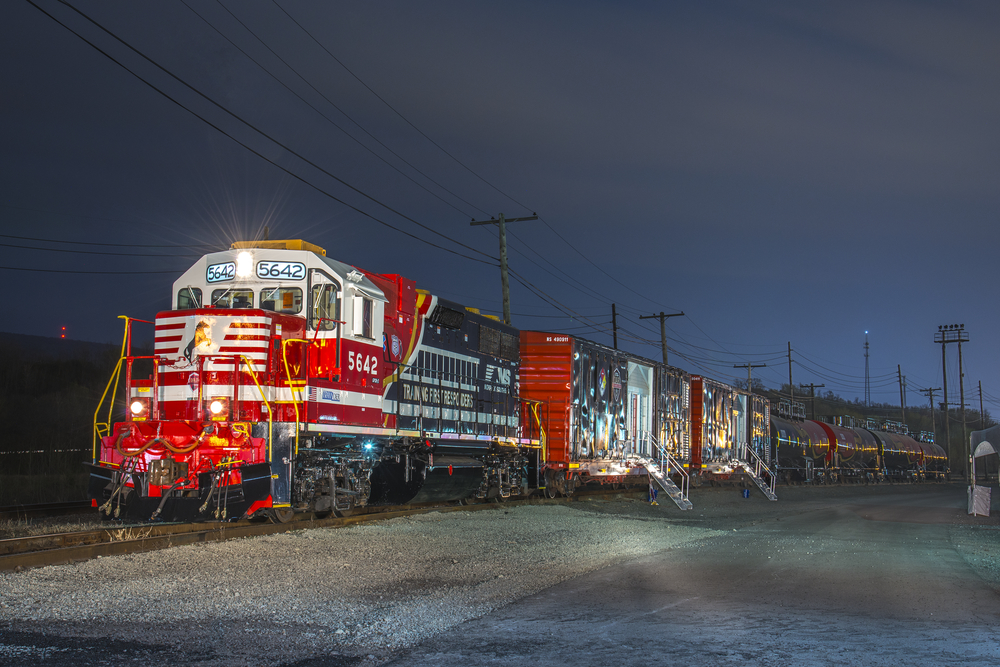