“Human Resources” follows the non-stop, deadline-driven world of TerraCycle®, a company whose mission is to eliminate waste on a global scale. The Recycle Right! campaign offers informational videos, tips and practical solutions – such as standardized recycling labels – to help everyone recycle right and increase the amount of quality raw recycled materials available to be used by manufacturers looking to lessen their environmental footprint.

“We can’t sit idle knowing that millions of tons of valuable recyclable materials, which are easy to convert into new products and packaging, are going to waste every year.  Which one of us wants to throw billions of dollars and our environmental wellbeing into landfills?  That’s what we’re doing if we’re not recycling right,” said Tom Szaky, CEO TerraCycle.  “We’re thrilled to join forces with Participant Media and Recycle Across America to fix the dysfunction of recycling and move the needle toward progress.  And we can’t wait for audiences to watch ‘Human Resources’ to see inside our world at TerraCycle where every day we’re proving that even the most undesirable and traditionally non-recyclable materials can have a new purpose and can be valuable.”

·       Increase recycling levels by more than 50 percent and significantly reduces the amount of trash thrown in recycling bins.

·       Help ensure a consistent quality and quantity of recycled materials. This helps keep the cost of recycled raw materials competitive with virgin materials.

“We are incredibly excited to work with two of the most predominant leaders of change in their industries, Participant Media and TerraCycle!  Worldwide waste is expected to double by 2025 and with the U.S. being the largest producer of waste in the world, it is imperative that we address this issue today,” RAA executive director, Mitch Hedlund explains. “We need to remind ourselves that it’s not just waste that’s doubling; it’s the use of finite natural resources and generation of excessive CO2 that will also double.  This is why we're thrilled to work with these companies to advance the use of the standardized labels.  It's a deceivingly simple solution that creates exponential progress - and I think we're all ready for some progress!"

Chad Boettcher, EVP of Social Action and Advocacy at Participant Media said:  “We know that recycling is the most important action we can do to improve the environment yet the percentage of valuable materials being recycled has not improved much over the past 17 years,” Boettcher continues, “We are eager to work with Recycle Across America and TerraCycle to spread awareness on such a tangible and easy step we can all take in improving the health of our world environmentally and economically.”

Many industry leaders have already begun using the labels on their bins, such as: NBCUniversal, Hallmark, Kohler, Walt Disney World employee areas, Procter & Gamble manufacturing, SanDisk, AOL, two thousand U.S. K-12 schools – including all the public schools in Washington DC, many universities including University of Denver, George Mason University, Johns Hopkins University, and thousands of other adopters. Today approximately half a million of RAA’s standardized labels are in use throughout the U.S., Canada and Europe.  The RAA and Participant Media through Recycle Right! will continue this effort.

Recycle Across America (RAA) is a 501(c)(3) non-profit organization, which has developed the first and only society-wide standardized labeling system for recycling bins to help eliminate the public confusion surrounding recycling.  RAA and the standardized labels have been identified as a world-changing solution by Ashoka Global Innovators for the Public and have been referred to as "... one of the top environmental fixes taking root today" by the New York Times. This initiative represents what can be accomplished when simple solutions are implemented making it easier for society to act on their good intentions. For more information, visit www.recycleacrossamerica.org.

About TerraCycle
Founded in 2001, TerraCycle is the world leader in the collection and repurposing of hard-to-recycle post-consumer waste, from used chip bags to cigarette butts. TerraCycle collects waste through a range of methods, including free nationwide platforms (called "Brigades" ®) that are sponsored by manufacturers, and through other models that are funded by consumers or governments. The collected waste is then reused, upcycled or recycled into materials that are sold to manufacturers of new products. Headquartered in the US, TerraCycle operates in over 20 countries. Each year, the company collects and repurposes billions of units of waste. It has generated millions of dollars of donations to non-profits that participate in the waste collection process. To learn more about TerraCycle, please visit www.terracycle.com.

About Participant Media
Participant (ParticipantMedia.com) is a global entertainment company founded in 2004 by Jeff Skoll to focus on feature film, television, publishing and digital content that inspires social change. Participant's more than 45 films include GOOD NIGHT, AND GOOD LUCK, SYRIANA, AN INCONVENIENT TRUTH, FOOD, INC., WAITING FOR ‘SUPERMAN’, THE HELP, CONTAGION and LINCOLN. Through its films, social action campaigns, digital network TakePart.com and Pivot, its new television network for Millennials, Participant seeks to entertain, encourage and empower every individual to take action.

About Pivot
Pivot (Pivot.tv), which launched nationally August 1 is a television network from Participant Media serving passionate Millennials (18-34) with a diverse slate of talent and a mix of original series, acquired programming, films and documentaries. Pivot focuses on entertainment that sparks conversation, inspires change and illuminates issues through engaging content and, through its website TakePart.com, connects audiences to a wealth of content and customizable actions. Pivot is available via traditional Pay TV subscription and integrating a Live and on demand streaming option via its interactive, downloadable Pivot APP. Follow Pivot on Twitter at @pivot_tv and on Facebook at facebook.com/pivottelevision. 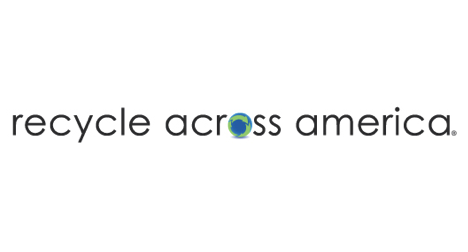 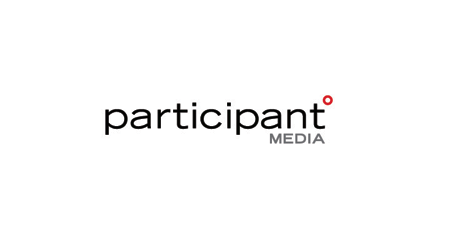