“GM is committed to reducing its environmental footprint worldwide,” said Mike Robinson, GM vice president of sustainability and global regulatory policy. “This distribution center in Lansing is proof of our drive to be energy efficient and increase recycling throughout our operations.”

To qualify for ENERGY STAR certification, the plant had to perform in the top 25 percent of similar facilities nationwide for energy efficiency and meet strict energy performance levels set by the EPA from 2010 to 2011.

The distribution center performed various energy efficiency measures, including upgrading its lighting from metal halide fixtures to 5,200 fluorescent tube fixtures with motion sensors. The effort cut energy use and costs in half.  The facility also integrates energy management into monthly performance scorecards and monitors energy use.

“Our employees are key to these landfill-free and Energy Star milestones,” said Bob Landis, Lansing CCA parts distribution center manager. “Their efforts help us save energy, reduce waste and improve our efficiency every day.”

In 2010, the facility also underwent the largest vinyl roof recycling project in North America, diverting about 120 tons of waste from local landfills. The process enabled 475,000 square feet of roof membrane to be recycled. Some of the old membrane was reprocessed and used in the manufacture of the new roof material.

No other automaker has as many landfill-free facilities as GM. In 2011, it recycled or reused 2.6 million metric tons at its facilities worldwide, equivalent to more than 38 million trash bags. That year, EPA also presented it with its ENERGY STAR Partner of the Year award for energy efficiency and greenhouse gas emissions reductions.

General Motors Co. (NYSE:GM, TSX: GMM) and its partners produce vehicles in 30 countries, and the company has leadership positions in the world's largest and fastest-growing automotive markets.  GM’s brands include Chevrolet and Cadillac, as well as Baojun, Buick, GMC, Holden, Isuzu, Jiefang, Opel, Vauxhall and Wuling. More information on the company and its subsidiaries, including OnStar, a global leader in vehicle safety, security and information services, can be found at http://www.gm.com. 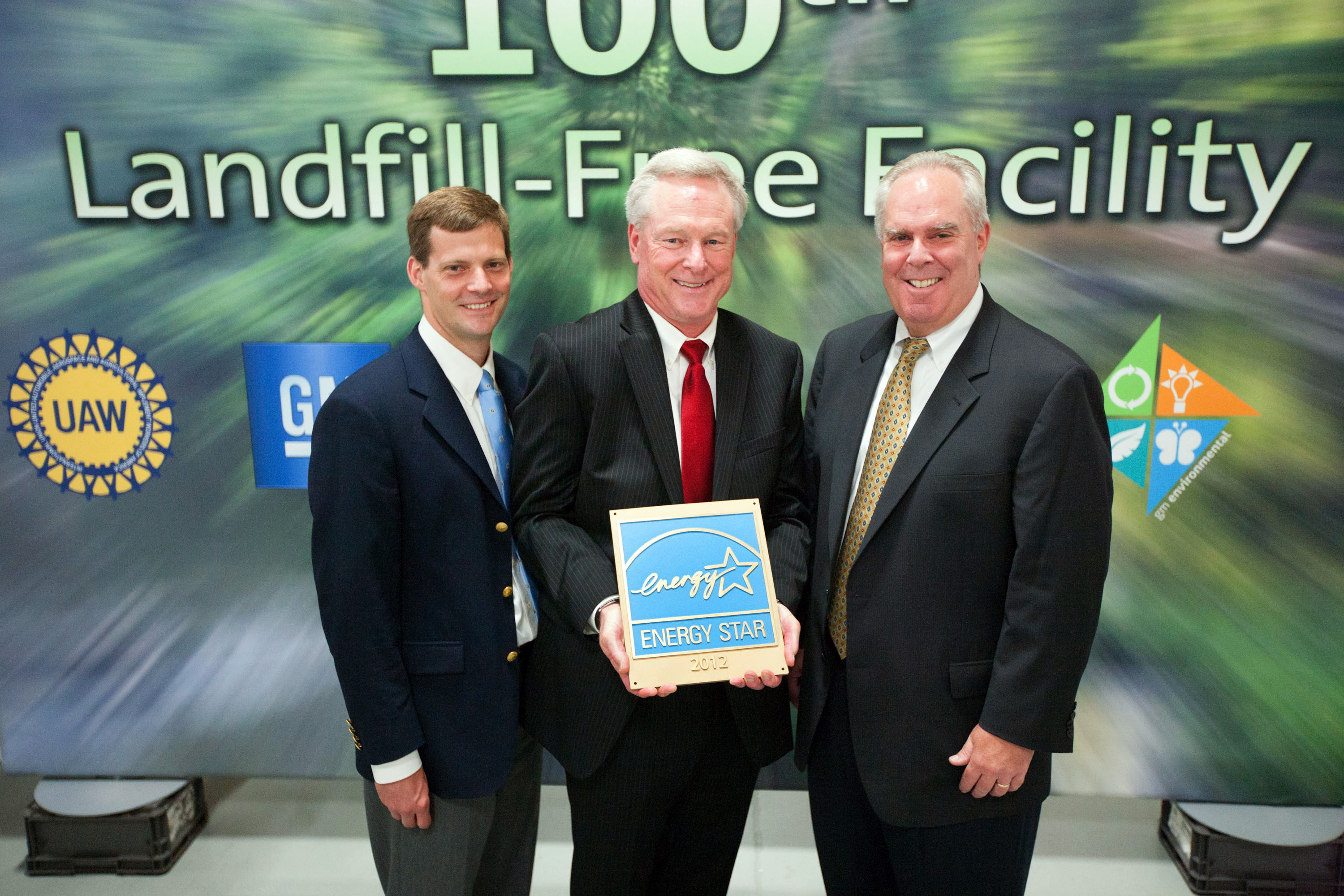