MUNICH, April 14, 2016 /3BL Media/ -- Airbus Group (stock exchange symbol: AIR) and Siemens (stock exchange symbol: SIE) have signed a collaboration agreement in the field of hybrid electric propulsion. In doing so, the Chief Executive Officers (CEO) of both companies, Tom Enders and Joe Kaeser, have launched a major joint project towards the electrification of aviation with the goal of demonstrating the technical feasibility of various hybrid/electric propulsion systems by 2020. Both companies will be making significant contributions into the project and have sourced a team of around 200 employees to advance European leadership in innovation and the development of electrically powered aircraft.

"Electric and electric-hybrid flight represent some of the biggest industrial challenges of our time, aiming at zero-emissions aviation. The progress we have achieved in this arena, together with our industrial and governmental partners, in only a few years is breath-taking, culminating in last year's channel crossing of our all-electric E-Fan aircraft. Big thanks today particularly to the Bavarian Government and Minister Aigner for their support here in Ottobrunn", said Tom Enders, CEO of Airbus Group. "We believe that by 2030 passenger aircraft below 100 seats could be propelled by hybrid propulsion systems and we are determined to explore this possibility together with world-class partners like Siemens."

"By entering the field of highly innovative aircraft propulsion technology, we're opening a new chapter in E-Mobility. Collaboration with Airbus Group will create new perspectives for our company and open us up even more to disruptive innovation," said Siemens President and CEO Joe Kaeser. "The undertaking will be an important project under the umbrella of our so-called Innovation AG. As previously announced, the aim of this unit is to cooperate with innovative partners in order to identify and invest in new trends and develop future-oriented business opportunities. These partners may include entrepreneurs from Siemens' own employee environment, external start-ups and newly founded and established companies."

Hybrid-electric propulsion systems can significantly reduce fuel consumption of aircraft and reduce noise. European emissions targets aim for a 75 percent reduction of CO2 emissions by 2050 compared to the values for the year 2000. These ambitious goals cannot be achieved by conventional technologies.

Airbus Group and Siemens plan to jointly develop prototypes for various propulsion systems with power classes ranging from a few 100 kilowatts up to 10 and more megawatts, i.e. for short, local trips with aircraft below 100 seats, helicopters or UAVs up to classic short and medium-range journeys.

Both companies together with Austria's Diamond Aircraft initially presented a hybrid aircraft back in 2011. Since then, Siemens has been developing an electric engine for aircraft which supplies five times as much power while retaining the same weight.

Airbus Group has been gathering operational experience with electrically powered aircraft since 2014 with the E-Fan, a full electric two-seater dedicated to training pilots. This success has been achieved together with various industrial partners and steadfast support of the French government.

Airbus Group intends to accelerate with the extended capabilities of the planned E-Aircraft System House at Ottobrunn/Taufkirchen site the development of components and system technologies.

Siemens is determined to establish hybrid-electric propulsion systems for aircraft as a future business. The partners have agreed to collaborate exclusively in selected development areas. In parallel, both partners will continue to work together with their current partners for small aircraft with fewer than 20 seats.

Airbus Group is a global leader in aeronautics, space and related services. In 2015, the Group – comprising Airbus, Airbus Defence and Space and Airbus Helicopters – generated revenues of € 64.5 billion and employed a workforce of around 136,600. 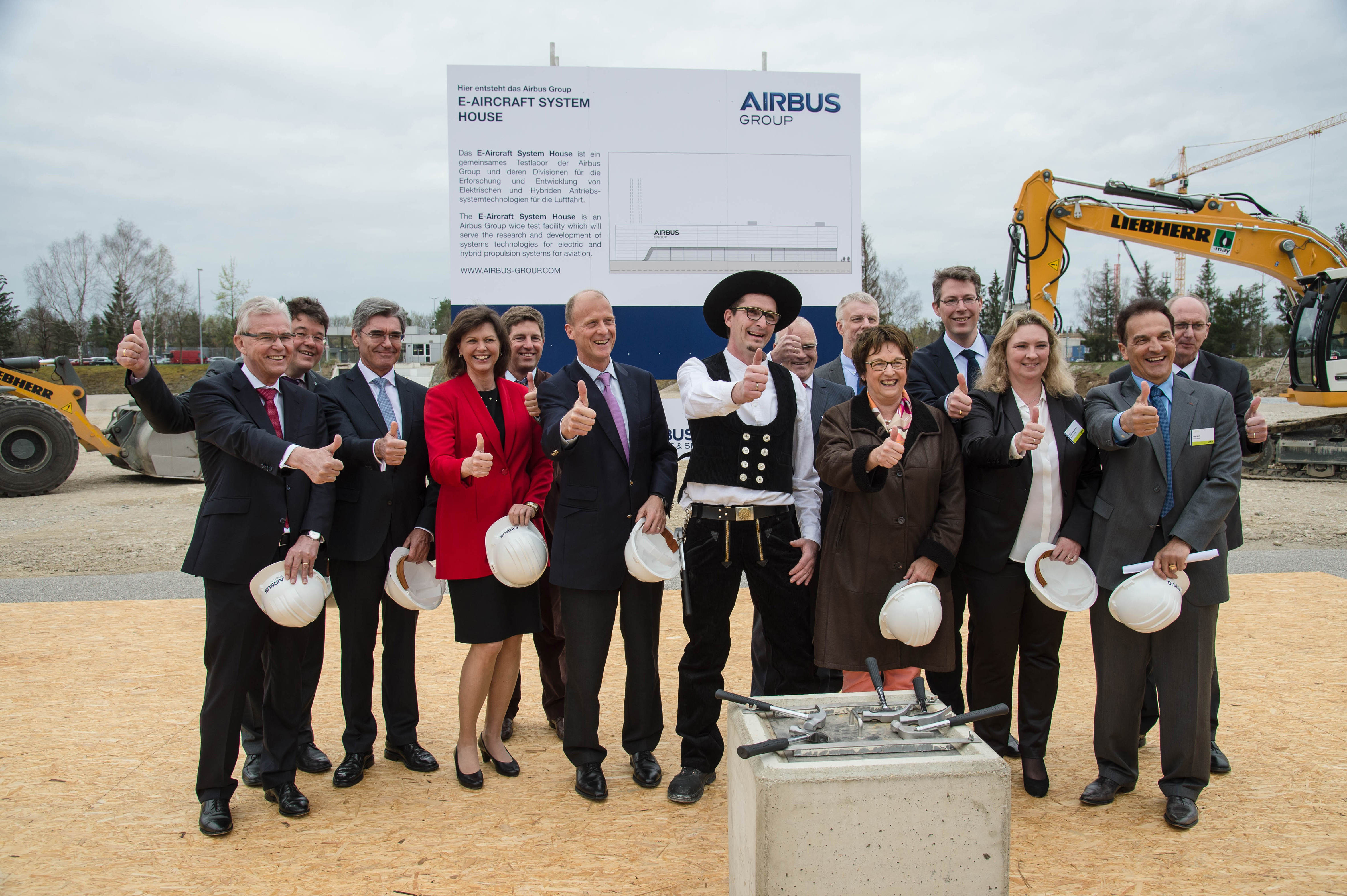