Sodexo More Than Triples Reach of Its Meatless Monday Offer

In the wake of a successful introduction of the Meatless Monday initiative to more than 900 hospitals nationwide, Sodexo is now extending it to more than 2000 corporate and government client locations in North America, including Toyota, Northern Trust Bank and the U.S. Department of the Interior.

(3BL Media / theCSRfeed) GAITHERSBURG, Md. - April 18, 2011 - In the wake of a successful introduction of the Meatless Monday initiative to more than 900 hospitals nationwide, Sodexo, the world leader in quality of daily life solutions, is now extending it to more than 2000 corporate and government client locations in North America, including Toyota, Northern Trust Bank and the U.S. Department of the Interior. The Meatless Monday initiative is part of Sodexo’s ongoing effort to enhance health and wellness and to promote sustainability in the local communities where it operates.

"Providing an opportunity for eating meatless one day a week is a simple way for us to address the dietary concerns of our customers and in part advance our own environmental objectives," said Will Nicklas, Corporate Manager, Corporate Services, Toyota Motor Sales, Inc., a SodexoMAGIC location. “Meatless Monday has been successful here primarily because Sodexo helps our customers understand that it is not at all about becoming vegetarians or even weight loss, it’s about taking easy steps to guard our health and be good stewards of our environment.”
The not-for-profit organization The Monday Campaigns (www.mondaycampaigns.org) developed the Meatless Mondays initiative in 2003 with the assistance of the Johns Hopkins Bloomberg School of Public Health and the Johns Hopkins Center for a Livable Future. It is designed to promote healthy food choices that are also good for the planet. This spring Sodexo corporate and government clients were provided with menus and materials in support of the program.
“Plant-based food options are not only healthier, they are better for the environment, said Arlin Wasserman, vice president sustainability and CSR, Sodexo. “Meat production can be a significant source of carbon and water emissions. Reducing meat consumption in our diets is an easy step we can all take to lead healthier lives and contribute to a more sustainable food system.”
According to Dr. Robert S. Lawrence, director Johns Hopkins Center for a Livable Future, Meatless Monday is based on a recommendation by the Healthy People 2010 report, calling for Americans to reduce their saturated fat intake by 15 percent. Almost all saturated fat comes from meat and high-fat dairy. Not eating meat one day a week can help Americans reach the reduction goal with little effort.
Beginning this fall, the program will further expand with an official launch in Sodexo-served colleges and schools, where already more than a dozen client sites have implemented Meatless Mondays. In addition, Sodexo plans to pilot the program with its senior living community clients for residents and staff in 2011.
Meatless Monday is one way that Sodexo emphasizes the importance of health and wellness in all of the communities that it serves. The program supports several of the 14 commitments in the company's "Better Tomorrow" Plan, Sodexo's global roadmap to sustainability, including the commitments to promote varied and balanced food options, develop and promote health and wellness solutions for our employees, clients and customers and to reduce the water and carbon intensity across our operations and client sites.
View Sample Meatless Monday recipe- Garden Vegetable Pasta Bake
About Sodexo

Sodexo in North America
Sodexo, Inc. (www.sodexoUSA.com), leading Quality of Daily Life Solutions company in the U.S., Canada, and Mexico, delivers On Site Service Solutions in Corporate, Education, Health Care, Government, and Remote Site segments, as well as Motivation Solutions such as Esteem Pass. Sodexo, Inc., headquartered in Gaithersburg, Md., funds all administrative costs for the Sodexo Foundation (www.SodexoFoundation.org), an independent charitable organization that, since its founding in 1999, has made more than $15 million in grants to fight hunger in America. Visit the corporate blog at www.sodexoUSA.com/blog.

Sodexo, world leader in Quality of Daily Life Solutions
Quality of Life plays an important role in the progress of individuals and the performance of organizations. Based on this conviction, Sodexo acts as the strategic partner for companies and institutions that place a premium on performance and employee well-being, as it has since Pierre Bellon founded the company in 1966. Sharing the same passion for service, Sodexo’s 380,000 employees in 80 countries design, manage and deliver an unrivaled array of On Site Service Solutions and Motivation Solutions. Sodexo has created a new form of service business that contributes to the fulfillment of its employees and the economic, social and environmental development of the communities, regions and countries in which it operates.
Key Figures (as of August 31, 2010)
Sodexo in the World
15.3 billion euro consolidated revenue
380,000 employees
34,000 sites
50 million consumers served daily
80 countries
21st largest employer worldwide
Sodexo in North America
8.0 billion dollars revenue
120,000 employees
10 million consumers served daily
6,000 clients
700 facilities management sites 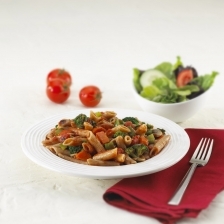