OCT. 8, /3BL Media/ -SolarCity® and Honda have renewed their partnership with a new fund expected to finance $50 million in solar projects. The new commitment announced during the SXSW Eco conference in Austin, Texas, will make solar power more affordable and available to Honda and Acura customers and dealerships in the United States.

The companies have completed or initiated a range of solar projects for homeowners, dealerships and corporate facilities that total more than 12.5 MW of solar generation capacity. The two companies have already brought enough solar capacity online to offset more than 400 million pounds of CO2over a 30-year lifecycle. The $50 million fund is a follow-up to a $65 million fund the companies created in 2013.

"The first phase of this partnership has proven that Honda drivers have a high affinity for solar power, while owners of solar-powered homes have a high affinity for Honda products," said Steven Center, vice president of the Environmental Business Development Office of American Honda. "As we look toward a future in which renewable energy will be an increasingly pervasive fuel source for personal mobility products, we are excited about capitalizing on the technological, environmental and market opportunities available through partnerships of this nature."

The partnership, which is aimed at addressing air pollution and global climate change by reducing CO2 emissions and particulate emissions from home, business and transportation energy use, covers the cost of solar equipment and installation and makes it possible for many homeowners to pay less for solar electricity than they pay for electricity from utilities, with insurance, repairs and monitoring service included.

Envisioning a future in which personal mobility products will be powered in large part by renewable energy, the two companies have begun implementing co-marketing programs that specifically encourage owners of either solar powered homes or plug-in electric vehicles to adopt the complementary product. The companies have also collaborated on advanced projects that demonstrate the full potential of distributed renewables combined with plug-in electric vehicles, including Honda Smart Home US. SolarCity installed the high-efficiency and cost-effective solar system used in this project.

SolarCity has developed a proprietary system that has greatly simplified the process by which homeowners can go solar. From an initial phone call or Web consultation, SolarCity can quickly assess whether a homeowner is a good candidate for solar, and can design a custom solar system to meet a customer's specific energy needs. Honda and Acura customers and dealers interested in solar can find more information at www.hondasolarcity.com.

Honda's Environmental Leadership
Honda is committed to further advancements in environmental technologies and the effort to improve fuel efficiency and reduce CO2 emissions from its products, including the 2014 Honda Accord Hybrid and Plug-In, the Fit EV, Civic Natural Gas and the FCX Clarity fuel-cell electric vehicle (FCEV). Honda has been recognized as among the top automakers in the Union of Concerned Scientists' (UCS) rankings of overall vehicle environmental performance since 2000, and a Honda vehicle has been included on the list of America's greenest vehicles from the American Council for an Energy-Efficient Economy (ACEEE) for the past 16 years. 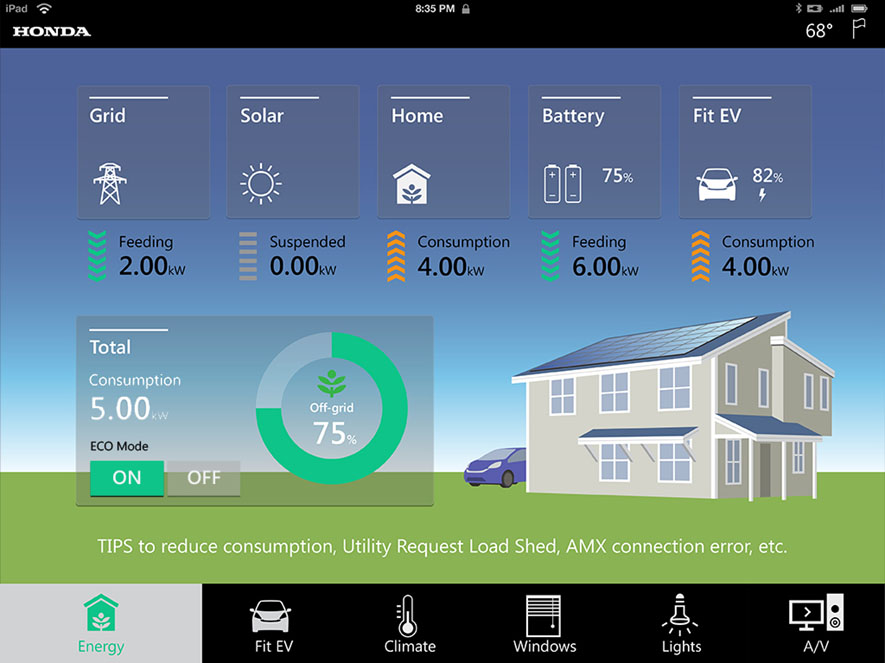 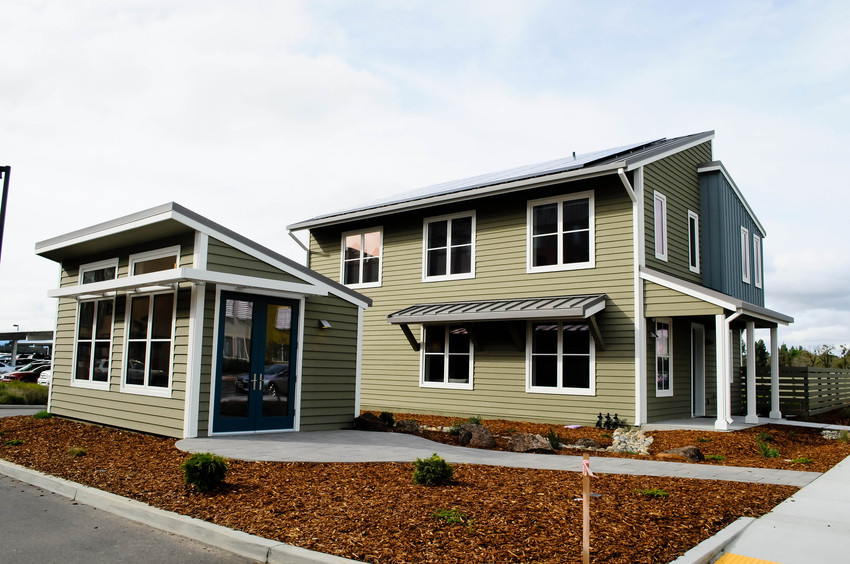 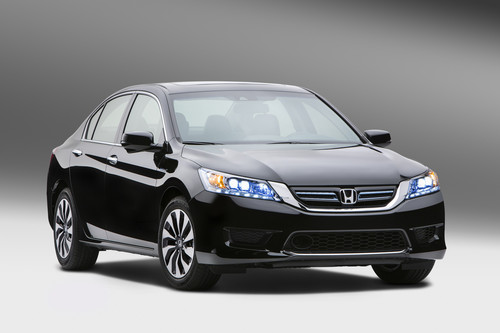