Subaru Deepens Its Commitment to the Environment and National Parks Through Renewed Relationship
Apr 3, 2015 10:00 AM ET
Tweet This:
.@subaru_usa partners with the National Park Foundation @GoParks to celebrate @NatlParkService centennial. http://3bl.me/zsf977
Press Release

“Subaru is proud to be a premier partner of the National Park Service Centennial celebration and play a role in celebrating the milestone of such a worthy organization,” said Thomas J. Doll, president and chief operating officer, Subaru of America, Inc. “At Subaru, we are dedicated to making a positive impact on the world and preserving our environment and we want to help ensure that the national parks are around for at least another hundred years.”

In addition to supporting the work of NPF and celebrating the 100 year milestone of the National Park Service, Subaru has donated Outback vehicles for use at four of America’s national parks. Subaru also promoted a fee-free day at the parks on National Public Lands Day. Subaru has been a partner of NPF since 2013 and donated nearly $3 million through its annual “Share the Love” campaign.

The company, known for its commitment to community service, is also helping Subaru retailers across the country to volunteer at national parks to show their support for their local area through the “Subaru Loves The Earth” initiative. At a time when many national parks are strained by lack of resources and staff, volunteers provide an invaluable service and help ensure that these special places will continue to be cherished for generations to come.

As a premier partner, Subaru will support the NPF’s efforts for Find Your Park, a public awareness and education campaign celebrating the milestone centennial anniversary of the National Park Service in 2016 and setting the stage for the national parks’ next 100 years. Find Your Park invites the public to see that a national park is more than just a place -- it can be a feeling, a state of mind, or a sense of American pride. Beyond vast landscapes, the campaign highlights historical, urban, and cultural parks, as well as National Park Service programs that protect, preserve and share nature, culture, and history in communities nationwide. Further, Find Your Park encourages people to find their own personal connections within the network of national parks and their programs.

“The National Park Service Centennial is a critical moment for America’s national parks and the cornerstone for their future,” said Dan Wenk, interim president of the National Park Foundation. “By connecting the next generation with our national parks in meaningful ways and sharing a commitment to sustainability and preserving our environment, Subaru is helping us build a movement that will help ensure that these special places are protected well beyond the next 100 years.”

Subaru is deeply committed to the environment and has a history of taking steps to protect it, including building fuel-efficient vehicles in eco-friendly plants and forging partnerships with nonprofit organizations such as Leave No Trace, American Canoe Association, International Mountain Biking Association, and the National Park Foundation that empower employees and customers to engage with and improve the world around us.

For more information on the National Park Foundation and how to support and protect America’s national parks, please visit www.nationalparks.org.

About the National Park Service

About the National Park Foundation

Subaru of America, Inc. is a wholly owned subsidiary of Fuji Heavy Industries Ltd. of Japan. Headquartered at a zero-landfill office in Cherry Hill, N.J., the company markets and distributes Subaru vehicles, parts, and accessories through a network of more than 600 retailers across the United States. All Subaru products are manufactured in zero-landfill production plants, and Subaru of Indiana Automotive, Inc. is the only U.S. automobile production plant to be designated a backyard wildlife habitat by the National Wildlife Federation. For additional information, visit media.subaru.com. 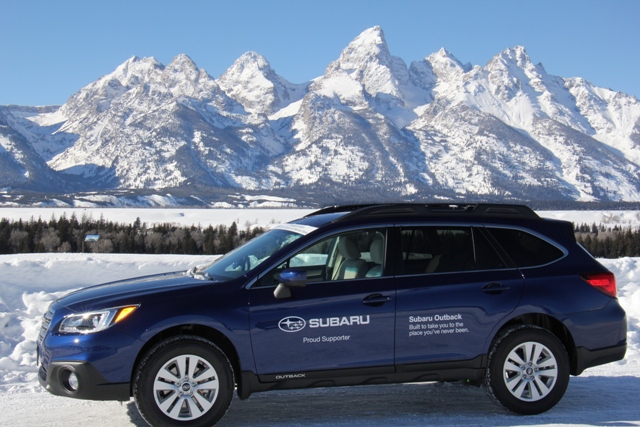