Hailed as one of the nation's most popular annual parades celebrating the ideals and life of Dr. King, thousands are expected to line the Fourth Street parade route to commemorate Dr. King's legacy of promoting equality and human rights. The theme for this year’s parade is “Living the Dream: Reviving the Spirit of Empowerment.”

“MGM Resorts embraces Dr. King’s vision of a world where every American has equal freedom and opportunity to pursue life, liberty and happiness. We are proud to join our community and nation in honoring Dr. King’s historic legacy and his vital contributions to our world,” said Phyllis A. James, Chief Diversity and Corporate Responsibility Officer of MGM Resorts International.

“This parade is an excellent way for the community to unite together annually in honor of Dr. King’s extraordinary life, and to celebrate the freedoms won because of his fight for equal rights,” said Williams.

MGM Resorts has participated in the Dr. Martin Luther King, Jr. Parade since 2003. Employee volunteers from MGM Resorts are expected to turn out in full force to march in the parade with an MGM Resorts float created by the company’s events department.

The parade route will start at Fourth Street and Gass Avenue, and head north on Fourth to Ogden Avenue, where it will conclude.

The parade is part of a series of events honoring Dr. King. For more information about these additional activities, please visit www.kingweeklasvegas.com.

MGM Resorts International (NYSE: MGM) is one of the world's leading global hospitality companies, operating a portfolio of destination resort brands including Bellagio, MGM Grand, Mandalay Bay and The Mirage. The Company opened MGM National Harbor in Maryland on December 8, 2016, and is in the process of developing MGM Springfield in Massachusetts. MGM Resorts controls and holds a 76 percent economic interest in the operating partnership of MGM Growth Properties LLC (NYSE: MGP), a premier triple-net lease real estate investment trust engaged in the acquisition, ownership and leasing of large-scale destination entertainment and leisure resorts. The Company also owns 56 percent of MGM China Holdings Limited (SEHK: 2282), which owns MGM MACAU and is developing MGM COTAI, and 50 percent of CityCenter in Las Vegas, which features ARIA Resort & Casino. MGM Resorts is named among FORTUNE® Magazine's 2016 list of World's Most Admired Companies®. For more information about MGM Resorts International, visit the Company's website at www.mgmresorts.com. 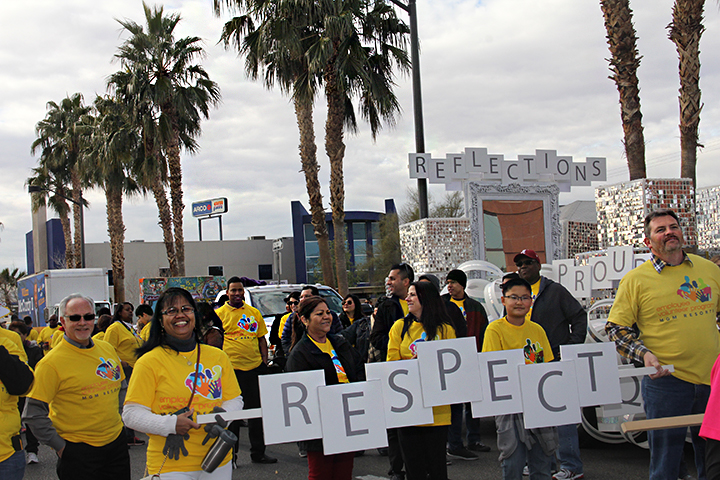