February 16, 2015 /3BL Media/ - The James M. Cox Foundation announced a $300,000 grant to the YMCA of Northwest Florida to support the construction of a new facility in downtown Pensacola. Construction on the building is set to begin later this year and will be complete in 2016.

“While Northwest Florida is a beautiful place to live and work, the area faces a number of health-related challenges that a new YMCA can help overcome,” stated Jacqui Vines, senior vice president and region manager for Cox Communications Southeast Region. “Cox is proud to be a strong supporter of the communities we serve across the country, and I’m especially excited our company is making this investment in the future of Pensacola.”

The new downtown YMCA is projected to serve nearly three times as many people as the current location, with a stronger focus on education and nutrition. The facility will have the space and resources needed to deliver quality wellness programs to combat chronic disease and obesity in the area.

“This project is not only critical to the overall health and well-being of our community; it’s a vital part of the revitalization of downtown Pensacola,” stated Michael Bodenhausen, chief executive officer of the YMCA of Northwest Florida.  “We value the generous support of so many community partners like Cox who are helping to turn this dream into reality. We’re excited about bringing meaningful change to Northwest Florida with construction of this new facility in Pensacola.”

The new YMCA will be the centerpiece of a six-acre, mixed used redevelopment project that will bring more affordable housing to downtown Pensacola.

About The James M. Cox Foundation

The James M. Cox Foundation is named in honor of Cox Enterprises' founder and provides funding for capital campaigns and special projects in communities where the company operates. James M. Cox was Ohio's first three-term governor and the 1920 Democratic nominee for president of the United States.

The Foundation concentrates its community support in several areas, including: conservation and environment; early childhood education; empowering families and individuals for success; and health.

About the YMCA of Northwest Florida

Northwest Florida is served by the Downtown, Northeast, and Pullum Branches of the Y. Annually, the local Y reaches more than 12,000 children and adults in wellness, childcare, sports, camp, aquatics and community outreach programs. The Y’s total community benefit in 2014 totaled more than $639,000 in financial assistance and mission impact activities. 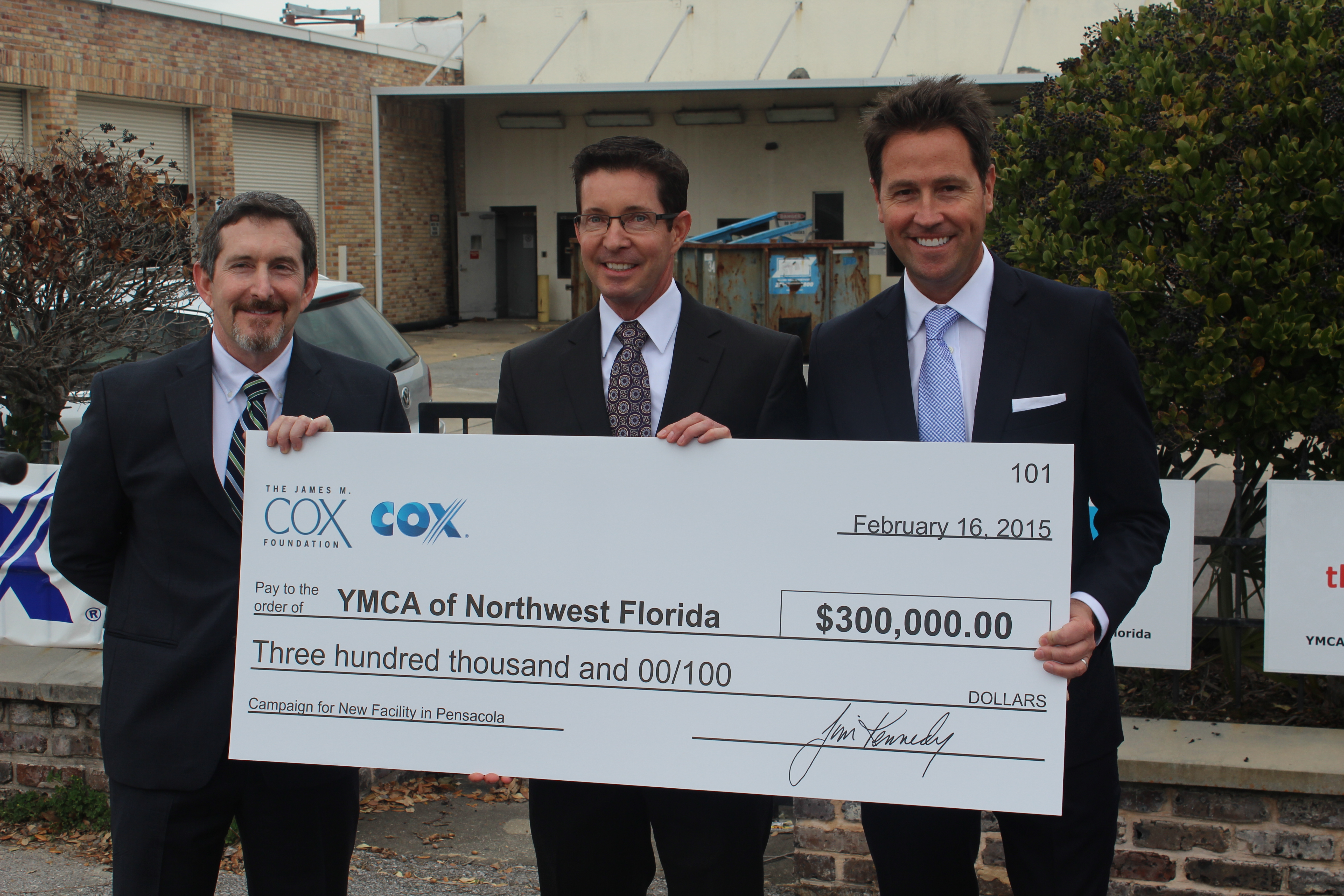