This Earth Hour, Turn Off and Tune in to Support Climate Change Action

WASHINGTON, DC, March 13, 2016 /3BL Media/ – Some of the world’s most iconic landmarks will go dark on March 25 at 8:30pm local time to celebrate Earth Hour 2017, the world’s largest movement in support of action on climate change.

These will include the Empire State Building, the Space Needle and much of the Las Vegas strip, providing a powerful visual backdrop in support of Earth Hour.

As part of Earth Hour, people, cities and businesses around the world will switch off their lights for one hour to draw attention to the urgent need to step up our fight against climate change. With the historic Paris Agreement on climate change now in full force, there’s never been a more crucial time to hold leaders accountable and show strong public support for efforts to stem climate change.

“It’s up to us now to maintain the momentum for action,” said Lou Leonard, senior vice president, climate and energy, World Wildlife Fund. “Cities, companies and the American people need to pick up the mantle of leadership on climate action. Movements matter, and the Earth Hour movement is a global reminder that people are leading the transformation to a more prosperous and renewable future.”

This year, music will help carry the Earth Hour message, creating a live soundtrack for the first truly global on-line rally to address climate change. World Wildlife Fund is asking musicians – from budding stars to well-known talent – to participate in Earth Hour Live, and live stream a set via Facebook Live or another live platform.  Musicians from across the country and around the world will have the opportunity to spread awareness about climate change and engage in Earth Hour in an impactful and meaningful way.

Already, musicians from around the world are backing the movement, with artists across all genres already signed on to participate in Earth Hour Live. On March 25, music lovers and music makers alike are encouraged to turn off and tune in using the hashtag #EarthHourLive. 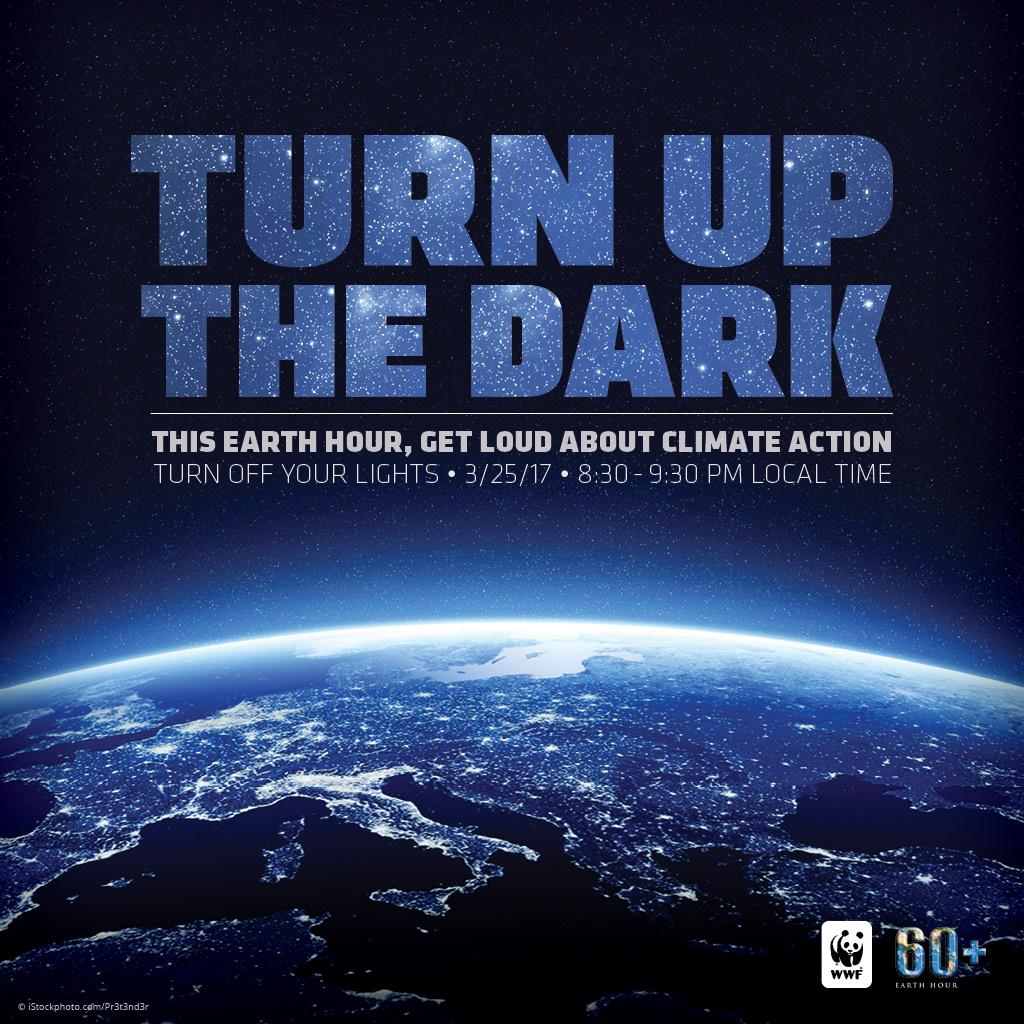